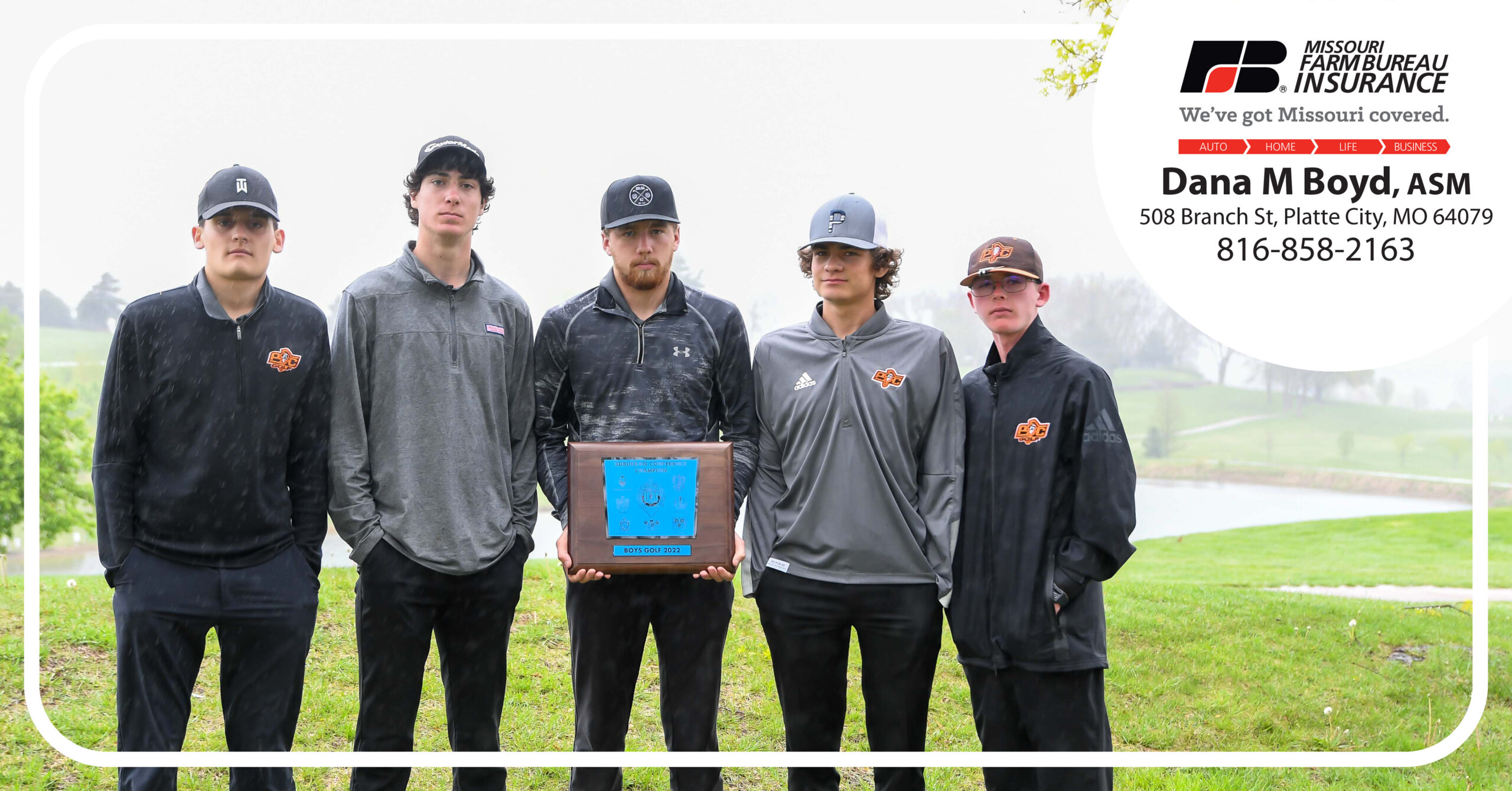 Rarely do the fifth scores come into play in a consequential situation.

On Tuesday, the Suburban Conference Blue Division championship ended up coming down to the players for Platte County and Smithville who didn’t factor into the matching team totals of 350. In fact, the top three teams when including Kearney’s 351 were separated by a total of just one stroke at Shiloh Springs Golf Course in an impossibly close finish.

“We played a lot better today and made some quality scores,” Platte County coach Trevor Short said. “We stepped up to the challenge of competitors and made sure every shot counted. We knew if we could keep our bad shots at a minimum and recover from those shots we would have a chance to put us into contention. It was a tough battle for all the schools today and having the championship come down to a tiebreaker with the fifth score made it even more exciting.”

Platte County finished third at conference a year earlier in a similarly bunched finish between the top three times. With only Amos back from that lineup, the Pirates seemed unlikely to challenge for the title this time around having finished third in the Highway 92 Showdown rivalry triangular behind Smithville and Kearney just days earlier.

Smithville senior Andrew Conrad won the individual crown for a second straight year with a 4-over 75, but Amos challenged for the top spot throughout the round and finished just three strokes back with a 7-over 85. His runnerup showing followed a third-place finish in conference as a sophomore.

While Gabbert and Childers returned some varsity experience, the play of Kingery (88, sixth) and Mitchell (90, seventh) ended up being key. The first-year seniors have finished anywhere between second and fifth this year but turned in matching all-conference scores at the right time.

Gabbert’s 94 placed him in 15th solo for the final all-conference spot.

Platte County, Kearney and Smithville combined for 12 of the top 15 players, and in fact, Kearney placed all five in the top 12, but matching 92s for Adam Stuart and Blake Cole left them one stroke out of the tie atop the standings. Smithville had two of the top four individual players, but a 99 for Dillon Swehla represented the Warriors’ No. 4 score.

Childers at 98 — good for 16th behind Gabbert — was the No. 5 score for Platte County, which was 17 strokes better than the No. 5 for Smithville. This ended up the final regular season competition for the Pirates after persistent rainy weather canceled a scheduled quad later in the week.

“We have fallen to Smithville and Kearney multiple times this season and to finally come out on top was amazing,” Short said. “This will give us some great momentum going into the district tournament.”

Platte County, Smithville and Kearney will be paired again in Class 4 District 4 on Monday at Drumm Farm Golf Club in Independence.

The postseason setup features four districts in each of five classes for a second straight year, but the team champion and runnerup will advance their top four scoring players to the Missouri State Golf Championships. The top 12 individuals — plus ties — not from the top two teams’ top four will also qualify. If a team’s fourth and fifth player score is a tie, both players move and do not count toward the individual allotment. If the fifth player from a qualifying team makes this cut, they can also potentially contribute to the team score at state.

Platte County placed seventh as a team a year ago when the top 18 individuals including ties qualified. Amos missed the cut by one stroke after shooting a 17-over 89, while Evan Handke, a graduated all-conference senior, went to state and finished 80th.