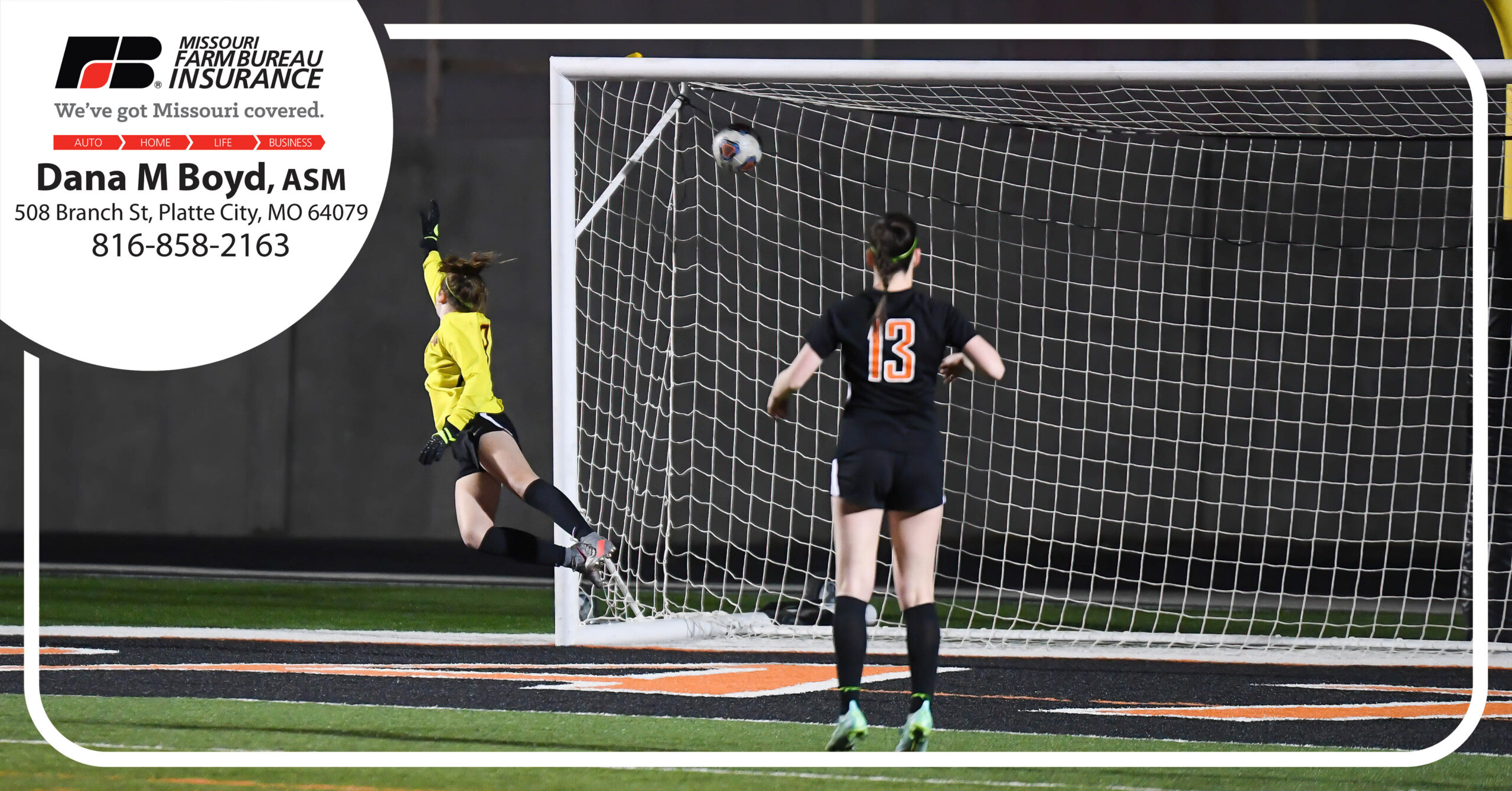 Platte County stunned in overtime as winning streak ends at 9

Smithville quickly restarted play instead of lining up for a potentially dangerous set piece opportunity early in the first of two sudden-death halves of overtime Thursday at Pirate Stadium. Platte County ended up defenseless with senior midfielder Paige Chase questioning the official about the foul just called on her and freshman goalkeeper Finley Kaser, who had been brilliantly decisive at the back to that point, attempting to line up a wall for the free kick when Warriors junior Alayna Edwards buried a shot into the upper left corner to end the previously scoreless matchup.

Platte County had gone more than 550 minutes without allowing a goal before Edwards’ confounding strike delivered a frustrating 1-0 loss. The Pirates (10-2) were held scoreless for just the second time this season to coincide with both of their losses.

“We talked about that going into the overtime period, things they were doing as the game progresses,” Platte County coach Ashlyn Brantley said. “We have to be able to adapt to and be able to change during the game when (the coaches) don’t have those times we can speak to them. That was one of those times. We’re definitely going to take that from this game, learning from those types of moments, and yes, stepping in front of the ball, making sure we’re all paying attention and on the same page as free kicks are taken like that.”

Smithville (9-1) recorded its ninth shutout of the season with a disciplined and physical defensive approach.

Yet, Platte County enjoyed most of the best chances during 80 minutes of scoreless play in regulation. In the seventh minute, Pirates senior attacking midfielder Riley Smith’s long free kick found senior forward Hannah Stone for a flick-on header to open up freshman forward Lily Kytasaari for a one-on-one chance with junior goalkeeper Katelyn Burkhart. From about 10 yards out, Kytasaari dragged her shot from the left across the face of goal and wide right.

In the 23rd minute, Smith took an ambitious direct shot on a free kick from about 28 yards out on the left, rattling the crossbar. She took another shot from deep in the 29th minute that Burkhart easily caught, as Smithville forced the Pirates star offensive player to drop deep into the midfield to receive the ball or attempt to make a lot of set-piece opportunities.

Smithville also settled in and found opportunities in the first half, most notably in the 32nd minute when junior forward Abbey Crim hit a low shot that forced Kaser to sprawl to the ground diving to her left to make a save. She punched the ball wide before it trickled out for a corner kick that came to nothing.

Platte County’s reshaped backline with first-year starters in junior Cosette Stephenson (right back) and Triton Davey (center back) along with sophomore Alex Beeman — shifting from outside to partner with Davey in the middle — and junior left back Morgan Stewart faced its biggest test since a 1-0 loss to Staley in the second game of the season. The Pirates ended up in a few nervy moments but made it to halftime at 0-0.

“It’s nice to see that as we talk to them they immediately put it into use, so they’re being very coachable,” Brantley said.

In fact, Platte County nearly scored right before half when Stephenson sent in a dangerous ball from the right after Smithville originally cleared out a free kick from Smith.

Early in the second half, Burkhart and Kaser took turns cutting out dangerous crosses. Stone created the Pirates’ chance in the 43rd minute, operating in tight quarters along the end line on the left but unable to send her pass across the face of goal and past Burkhart.

After those chances, the game settled into the typical grinding and tedious matchup between the two teams with limited offense.

Stone’s run down the right in the 56th minute led to a cross that found Kytasaari on the back post, but her header ended up on target but without the power and location to trouble Burkhart.

As the action began to obviously dictate that any goal would likely be a game-winner, Smithville twice put Kaser on edge at the back. A free kick in the 64th minute set up a dangerous shot at the back post that stayed wide of the near post, and moments later, Warriors sophomore Kaitlyn Milford’s shot on a set piece from 24 yards out went just wide right.

Kaser made five saves total, often coming off her line at opportune times.

“Definitely confident in her and her decisions,” Brantley said. “She’s athletic, a great keeper and something we definitely needed this season with our girls graduating last year. Yeah, I have all the confidence in her coming into that starting role as a freshman. She demands her backs do certain things, and she’s communicating for a freshman not staying quiet back there.”

Platte County’s final best chance came in the 66th minute when Smith set junior midfielder Sloan Kassen up for a run down the right side. Her cross into the middle nearly found freshman midfielder Giada Cucchiara lurking at the back post, but Smithville cleared it out.

The final 14 minutes trudged off the clock and led to overtime.

Smithville’s sudden game-winner led Brantley to ask the official for an explanation with players on the field claiming the ball never fully came to a stop before the Warriors restarted play. They immediately celebrated, while Platte County players remained on the field trying to figure out why the quick restart was even allowed with officials often stopping play after a foul that close to the goal, especially when Chase, the all-state defensive midfield engineer, trying to ask about the infraction whistled against her.

In the end, the official waved off the protests, and the result stand. Platte County will look to start a new winning streak Monday against Grandview before playing in the North Kansas City Tournament on Thursday, Friday and Saturday. The Pirates will also have a road rematch with Smithville on Thursday, April 28, likely needing a split to earn a share of the conference title.

The two teams split their meetings last year, but Platte County still won the championship outright before also claiming the district title and a playoff berth.

“It’s definitely not the end of all things,” Brantley said. “We’ve got to keep our head up; we take some things we need to learn from it, keep moving forward, and we know we will see them again.”

Kaser made just one save in what ended up the last of seven straight shutouts for Platte County. Shields accounted for the final two goals in the 26th and 30th minutes, the second on an assist from fCucchiara. Stone opened the scoring in the second minute on a setup from Kassen, while Kytasaari made it 2-0 four minutes later on a solo effort.

Smith added her first two back-to-back in the ninth and 12th minutes, making it 3-0 on a free kick and then taking a pass from Kytasaari to make it 4-0. Kytasaari ended up with a goal and two assists, also setting up Kassen in the 20th minute. Kassen’s goal came after Stone’s unassisted marker, also in the 12th minute, and Smith’s third in the 17th minute.

Smith went scoreless in Monday’s win on the road in Blue Springs, as well, with the Pirates prevailing thanks to Stone’s penalty kick in the 50th minute.

Kaser (nine saves) and the defense then finished off the clean sheet, surviving four corner kicks and 18 free kicks. Offense was hard to come by for either team, although Platte County managed 12 shots total