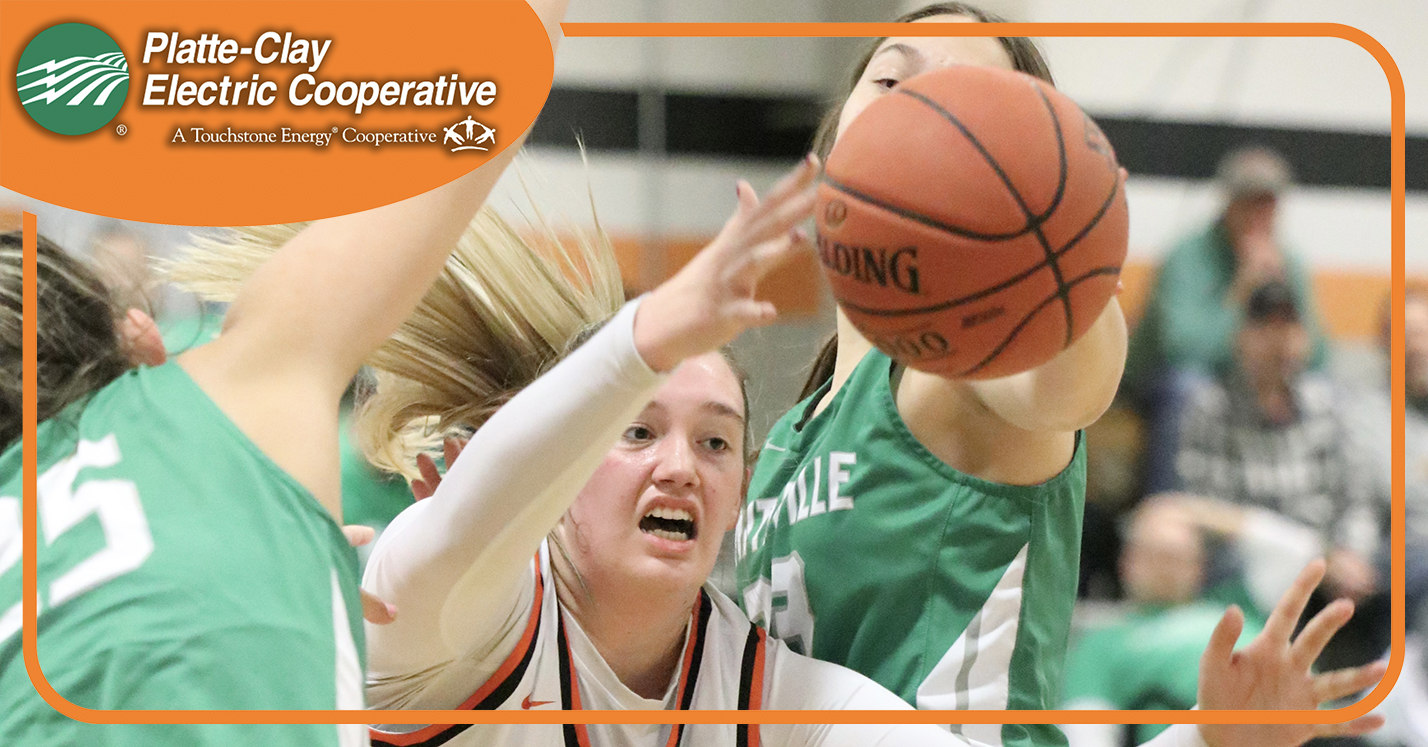 To manufacture an elusive winning streak, Platte County needs to rise up and topple one of the Suburban Conference Blue Division’s frontrunners. So far, the Pirates have yet to unlock the combination.

Platte County entered Thursday’s clash with rival Smithville seemingly with a shot to end the Warriors’ dominance in the series. Instead, the Pirates dug an early hole, fell behind by 20 early in the second half and made one prolonged run that couldn’t overcome the deficit at Platte County High School.

Smithville pulled back away for a 46-30 win fueled by five timely 3-pointers.

“Tonight, I really think the girls focused on trying to be positive and doing smaller things right,” Platte County coach Rebecca Mills said. “I know they’re really hard on themselves. We’ve faced a lot of adversity this year with the uncertainty of who is going to be there — just like everybody else. Our team takes it hard because they’re really close as a team.”

Entering off a comfortable win over Winnetonka in league play, Platte County (4-9, 3-2) sputtered for the first quarter and needed a breakthrough performance from sophomore reserve point guard Lydia Doole to stay within striking distance at halftime. Joslyn Hupp, a junior forward, totaled nine of her team-high 11 points in the second half, playing the biggest part in cutting a 38-18 gap to 38-28 early in the fourth quarter.

The offense then faded again, and Platte County dropped its third in a span of four games after having won three of four prior to that.

Smithville (10-5, 5-1) came into the game after scoring just 29 total in a one-point win two nights earlier vs. Kearney. The Warriors nearly hit that by halftime and never trailed.

Hupp had Platte County’s lone basket in the first quarter but also missed a free throw that would’ve made it a three-point play. Smithville senior Abby Payne hit an early 3-pointer to make it a 5-2 lead, and freshman guard Peyton Wohlford added another triple from the left wing near the buzzer to essentially give the Warriors a 14-2 run over the opening 8 minutes.

“Honestly, I wasn’t fully disappointed with our defense just because we’re trying to implement a press, and we’re learning as we go,” Mills said. “I thought our intensity was better than it has been all season, and I think that’s attributed to the press. Just little, minor errors; leaving shooters open; transition points, those kinds of things are the growing pains.”

Doole came off the bench and finally ended Platte County’s drought with a 3-pointer from the left wing with 6 minutes, 48 seconds on the clock in the second quarter. She added two free throws on the next possession to cut Smithville’s lead to 14-7.

A starter much of her freshman season before missing most of the start of this season, Doole added a transition layup to give her seven successive points, only to have Smithville sandwich that basket around back-to-back made field goals. The second was a 3 for senior Kenzie Moes to make it 19-9 Warriors.

Stewart added a 3 before halftime, and Platte County went into the break down 27-14 with the Pirates’ bench responsible for 10 points at that point.

“We’re glad to have (Doole) back,” Mills said. “She’s doing her best to come off the bench and give us that energy that we really need. It’s good to see her start to get into the flow of things right at the right point of the season.”

Smithville’s full-court pressure caused trouble from start to finish, even with a bit of foul trouble accruing. The Warriors pushed the advantage to 38-18 with help from a 3 apiece for Wohlford and sophomore Rylee Thompson.

Doole had her second 3, while Hupp scored five in the third quarter for Platte County. They combined to start a 6-0 run that remained active going to the final eight minutes. The Pirates made it 10 unanswered with a steal and uncontested layup for freshman point guard Haley Barlow and another basket for Hupp with 5:21 on the clock.

Hupp’s two free throws late were the last points for Platte County in the remainder. The Pirates finished just 9 of 16 on free throws with Barlow (three), senior forward Kiersten Robbins (two) and junior guard Reese Pickett (one) the only other scorers.

“I think it’s a matter of us finding the right lineups for kids, finding the right position for them to be confident in their spots for them to have good offensive nights,” Mills said. “I don’t know if we’ll ever have five people all on the same night scoring, firing on all cylinders, but at least three would be nice.”

Platte County hit four 3-pointers and made 10 of 16 free throws in a balanced offensive effort. Hupp had six in the first quarter, while senior forward Amaira Peterson contributed a 3 to make it an early 11-9 lead. Stewart’s lone 3 also came in the second quarter and helped the Pirates maintain a two-point advantage at halftime.

Winnetonka’s deficit grew while held to four points in the third quarter. Robbins hit a pair of 3s and had eight of her points during those 8 minutes. Hupp, who had nine at halftime, scored four more in the fourth quarter, and the Pirates 3 of 6 free throws to hold on for the win, their second in conference play this month.

A week earlier in a Thursday night game, the Pirates didn’t have more than six points in any quarter in a noncenference loss to Class 4 powerhouse Benton.

Lauren Stone, a freshman reserve, led Platte County with five points, including the lone 3 and one of only six field goals total. Pickett added four, while Barlow and Peterson both had three-point plays to finish with three apiece. Hupp was held to just two points.