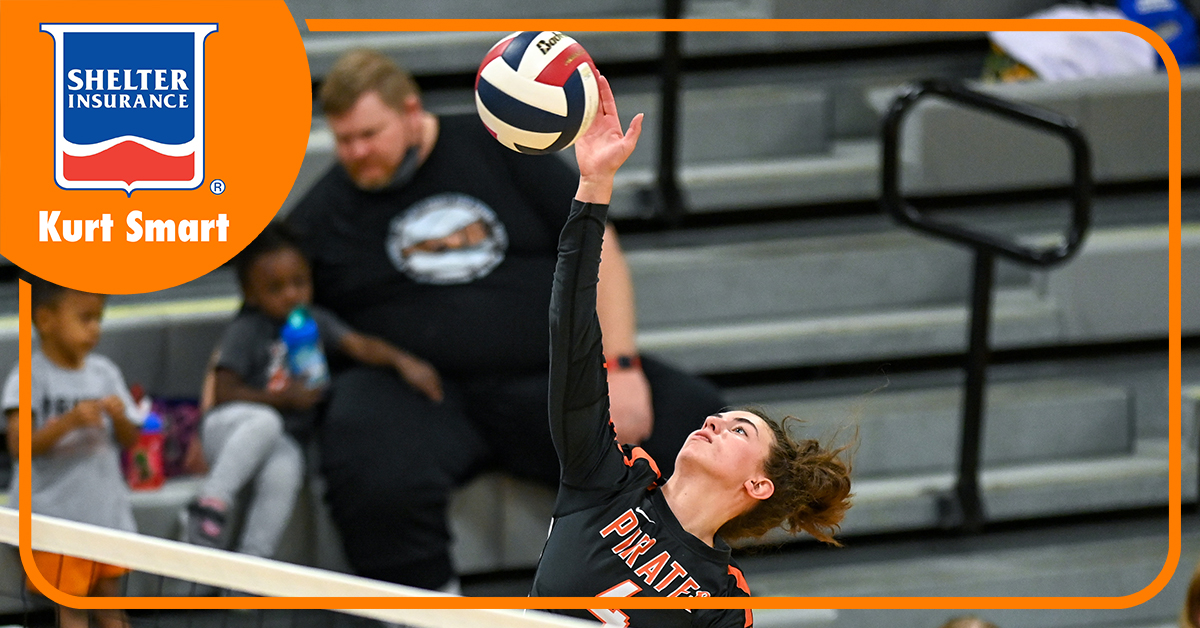 The all-state outside hitter put up 16 kills — the only Platte County player in double figures — and added 10 digs on defense in a 25-18, 25-20, 25-22 sweep at Platte County High School. With a pair of wins this week, the Pirates improved to 8-0 in Suburban Conference Blue Division play, running their winning streak in league play to 37. Likely the only significant hurdle left on the potential path to a third straight 12-0 Blue Division championship will be Tuesday’s home match with Smithville.

All eight conference wins this season have been been in straight sets, and Platte County has not lost in Blue Division play since midway through the 2019 season. The Pirates have won seven straight in the series since then, including taking both conference matchups this season.

In the rematch, Platte County still showed a deep group of attackers with junior Karsyn Stehlik (nine kills), sophomore Kendall Johnson (eight kills) and senior Mary Grace Hunter (seven kills) providing support to Brown. Stehlik and Johnson in particular have taken on a bigger role, as the Pirates (20-8) have won 13 of their last 14 overall with only one loss outside of tournament play.

Four of Platte County’s final five matches this season will be in conference play, starting with Smithville on Tuesday and including a rescheduled matchup with Grandview. The Pirates will also have to navigate a none-conference challenge from Liberty in the final week of the regular season before starting the postseason in Class 5 for the first time as part of District 16.

Walter had 29 assists and a team-high nine digs, while Cox added seven digs Jenna Wheeler (six) on a night when the defense didn’t receive a stiff challenge.