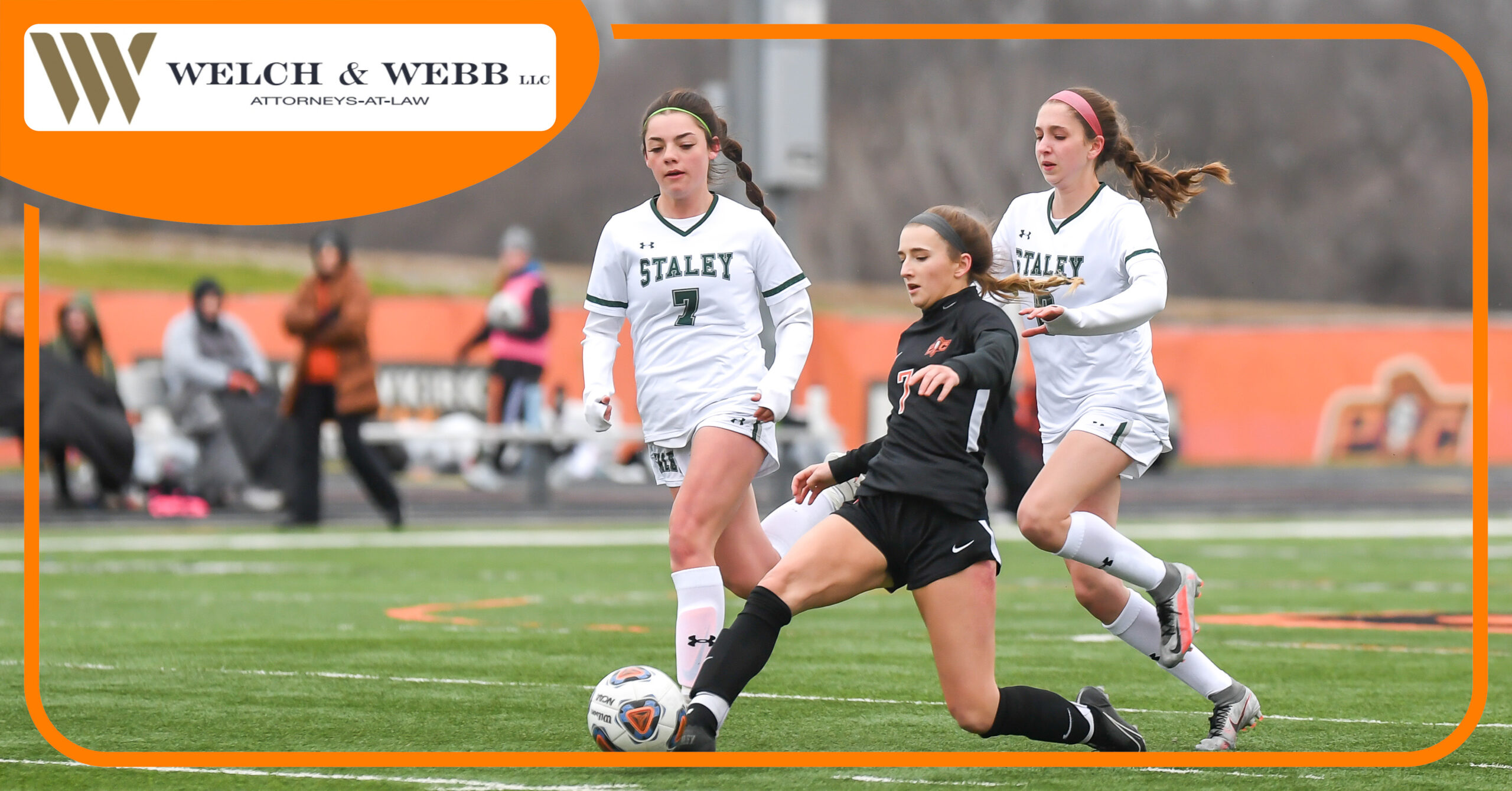 All circumstances considered, Platte County’s first week should be considered an unquestioned success. Minus the top two returning senior forwards and forced to employ a first-time freshman goalkeeper on two days’ notice behind a completely retooled defensive back line, the Pirates pulled away for a 4-0 win over Pleasant Hill with a second half barrage of offense Friday in the Platte County Invitational third-place game at Pirate Stadium.

The comfortable victory capped a 2-1 start to the season despite plenty of adversity.

Coming off a 24-3 season that ended in the Class 3 quarterfinals, Platte County came into the season-opening tournament needing to answer questions in the middle of defense. The Pirates expected freshman Finley Kaser to slot in as the No. 1 goalkeeper, and she did until suffering a concussion in a 1-0 loss to Class 4 Staley on Wednesday.

The injury forced Brantley to push freshman Annbel Beeman from right back and into goal where she never previously played.

Platte County then used sophomore Delaney Childers and freshman Palmer in Beeman’s expected spot, while sophomore Alex Beeman and senior Triton Davey continued at center back while replacing last year’s reliable duo of Ryanne Rhude and Emma Murray. Morgan Stewart, a junior, starts at left back — a spot she shared a year ago with another graduated senior.

“I’m glad our defense was strong for her,” Platte County junior forward Sloan Kassen said. “We were all talking her up and telling her she would do a good job and don’t be scared.”

Nursing a 1-0 lead at halftime on Smith’s third goal in three games, Platte County ended up in a bit of a lull to start the second half.

Pleasant Hill settled into possession and mostly bunkered the Pirates’ defense in for a spell of about 10 minutes. Yet, the Chicks couldn’t create any obvious chances and missed the best opportunity to level the score.

In the 55th minute, Stewart made a deep run down the left to the end line for Platte County but just missed connecting with freshman forward Lily Kytasaari in front of the net. The Pirates continued to create quick counter attack opportunities, and Smith doubled the lead moments later, springing into the right side of the box and finishing neatly with her right foot and what ultimately became a one-on-one situation with Pleasant Hill senior goalkeeper Sofia Abney.

“We came out strong and continued that consistency,” Brantley said. “That’s what we wanted to come out in this game with because we had lulls here and there in the first two games, and then second half, we kind of came out sitting back and they were putting the pressure on us. We have to be able to come out of those situations a little quicker.”

Pleasant Hill, which also went 1-1 in pool matches, fought back with senior CheyAnn Johnson firing in the first of back-to-back shots in the 59th minute. Annabel Beeman beat away the first and then easily scooped up a long-range followup shot to maintain the shutout,

Platte County again set up a counterattack, and this time, Kassen made a run toward the end line before finding Lauren Stone unmarked in the middle for make it 3-0 Pirates.

“I drove down the line and then I looked over and she was just wide open in the middle,” Kassen said. “I passed it to her, and she one-timed it in the goal and scored.”

Shields, coming off the bench as a key reserve in midfield for a second straight season, finished the run of three goals in a span of about 12 minutes. She sent in an intended cross from the left in the 69th minute that ended up beating Abney and finding the side netting on the right for a 4-0 lead.

Brantley then liberally subbed off key players, and Platte County’s inexperienced defensive backline finished off the shutout. Alex Beeman started at right back as a freshman, while Davey received limited time on defense as a junior, mostly during comfortable victories. That meant the Pirates ended up playing five defenders during the tournament in their first true action in key spots — Annabel Beeman before going to goalkeeper, Alex Beeman and Davey at center back and Childers and Palmer when pressed into action.

“We have some things to work on because both (Alex and Triton) came from the outside,” Brantley said. “They’re both coming into that center back role, and they’re still getting a feel for it and a feel for each other and stepping and covering, but they’re great players that I know will put their bodies on the line. So that’s one thing you’ve got to be able to do on defense, and I know that they have no problems doing that. I have confidence in them.”

Smith, who scored a team-high 38 goals in a Class 3 Missouri High School Soccer Coaches Association all-state season as a debuting junior, opened the scoring in the 22nd minute on an assist from sophomore forward Avery Webster. The Missouri State commit scored in 21 of 27 games a year ago and put up her brace two days after Staley shut the Pirates out on the way to winning the tournament with a victory over Grain Valley.

Kaser made two saves before exiting with injury, but Staley tallied once before half and made the goal stand up during Wednesday’s pool finale at Pirate Stadium.

Platte County generated fives shots on goal but none from Smith, while Dixon and Hannah Stone were held out. Dixon entered the season healthy after suffering a season-ending knee injury last spring that required reconstructive ligament surgery. However, she tweaked a hamstring in the opening game two days prior. Hannah Stone opened the preseason with her quad injury, and the muscle didn’t respond well to her debut action either.

The loss of Kaser further shuffled the lineup with the scorebook showing Lauren Stone and Annabel Beeman pressed into action against a tough opponent.

Smith’s penalty kick in the 57th minute broke a tie and ended up giving the Pirates a win in Monday’s pool opener at Pirate Stadium.

The two teams went into halftime tied, but Platte County never trailed. Smith gave the Pirates a lead in the 13th minute, but St. Pius X, which went on to beat Kearney in the fifth-place game, leveled in the 24th minute.

Kaser made seven saves in her first career start and kept the second one-goal lead intact for the final 23 minutes.