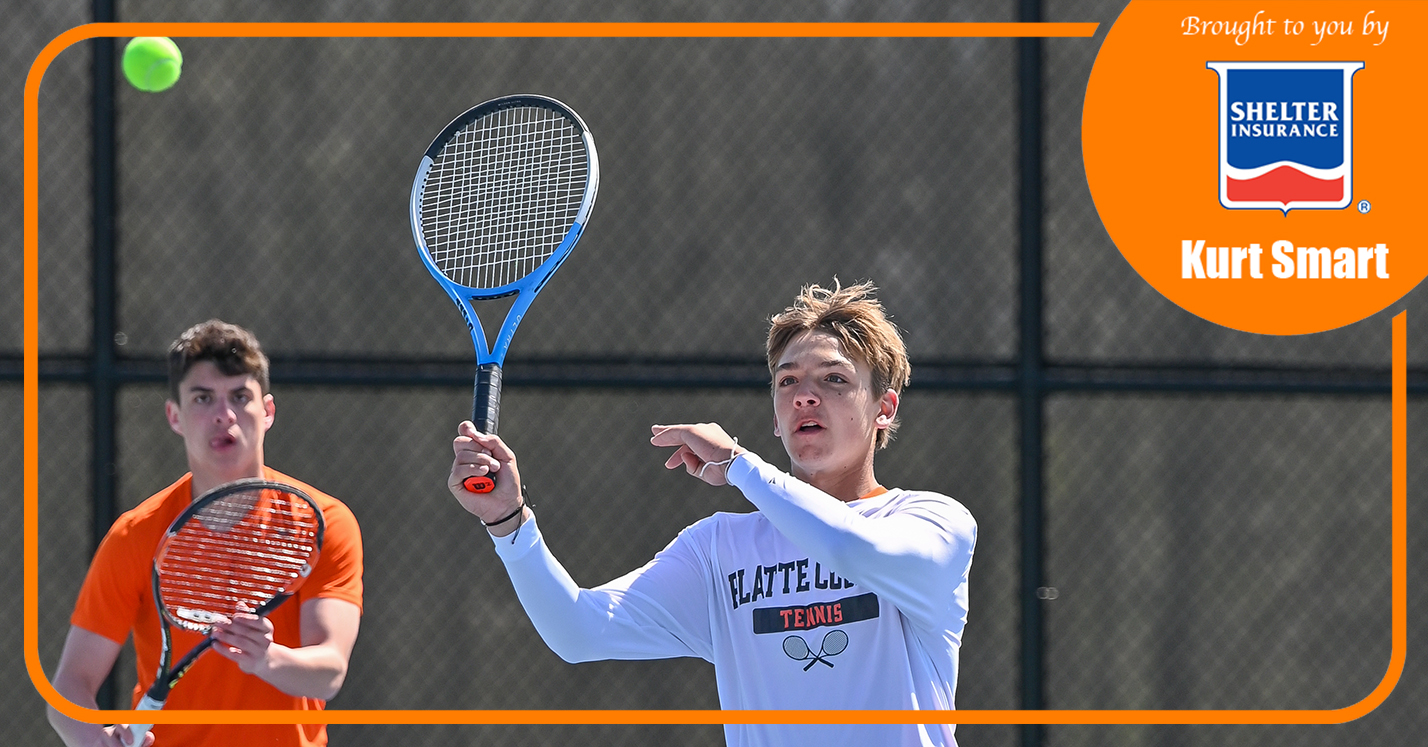 Platte County switched up doubles lineups and continued to show growth early in a season filled with unknowns. The Pirates tied for fourth out of eight teams with Park Hill during the Platte County Invitational on Wednesday at Platte County High School.

The tournament as divided into six singles flights for the morning and three doubles flights in the afternoons. Players could play in both singles and doubles.

Platte County senior Tony Railsback won an individual title at No. 6 singles, while senior Bradley Beeson reached the title match and placed second at No. 4 singles. Beeson and Railsback (No. 3 doubles) and junior Austin Vanek and senior Emilio Escamilla (No. 2 doubles) were third-place medalists in the afternoon.

Vanek continued to play at No. 1 singles for Platte County, while freshman Gavin Nichols remains at No. 2 where he placed fourth in singles. Pirates seniors Daunte Alaiwat (No. 3) and Escamilla (No. 5) were also fourth-place finishers.

Entering the season, Vanek was the only returner from the team’s most recent season in 2019 when he played No. 3 JV as a freshman.

Nichols teamed with Alaiwat in a new No. 1 doubles pairing, and they placed sixth.

Pembroke Hill won the team title with 22 points, while Platte County and Park Hill both totaled 13 to tie for fourth. The Pirates have continued to play extremely strong competition early in the season despite having no players with previous varsity experience.

“There were multiple highlights, come-from-behind victories, and individual medalists,” Platte County coach Zach Keiths said. “It was an extremely competitive tournament with solid players in every flight of both singles and doubles.”

The Pirates followed up the strong play at their home tournament with a comfortable win over Staley on Thursday at Platte County High School.

Improving to 3-1 on the season, Platte County took the middle four singles matches to cinch the win. Beeson came up especially big at No. 4 singles with an 11-10 (8-6) marathon victory in a tiebreaker. Nichols (No. 2), Alaiwat (No. 3) and Escamilla (No. 5) lost just nine games combined in their victories.

Platte County went into singles up 3-0 with Nichols and Alaiwat again combining at No. 1 and coming away with a tight 9-7 victory. Escamilla and Vanek were at No. 2 doubles and had the biggest margin of victory at 8-4. Beeason and Railsback were 8-6 winners, meaning all six players contributed at least one win in the dual victory.

Notably, Nichols and Alaiwat had lost to the same Staley duo of senior standout Mason Gates and Jackson Gilbert the day before but avenged the loss just a day later.

The Pirates earned their second victory of the season to open a busy week on a windy Monday at Platte County High School.

Alaiwat and Beeson (No. 2 doubles) and Escamilla and Railsback (No. 3 doubles) opened Platte County to a 2-1 lead with dominant wins. Oak Park won only one game combined in those two matches but did come back to win the No. 1 matchup. The Pirates then won five of six singles matches, including 10-0 shutouts for Alaiwat at No. 3 and Railsback at No. 6.