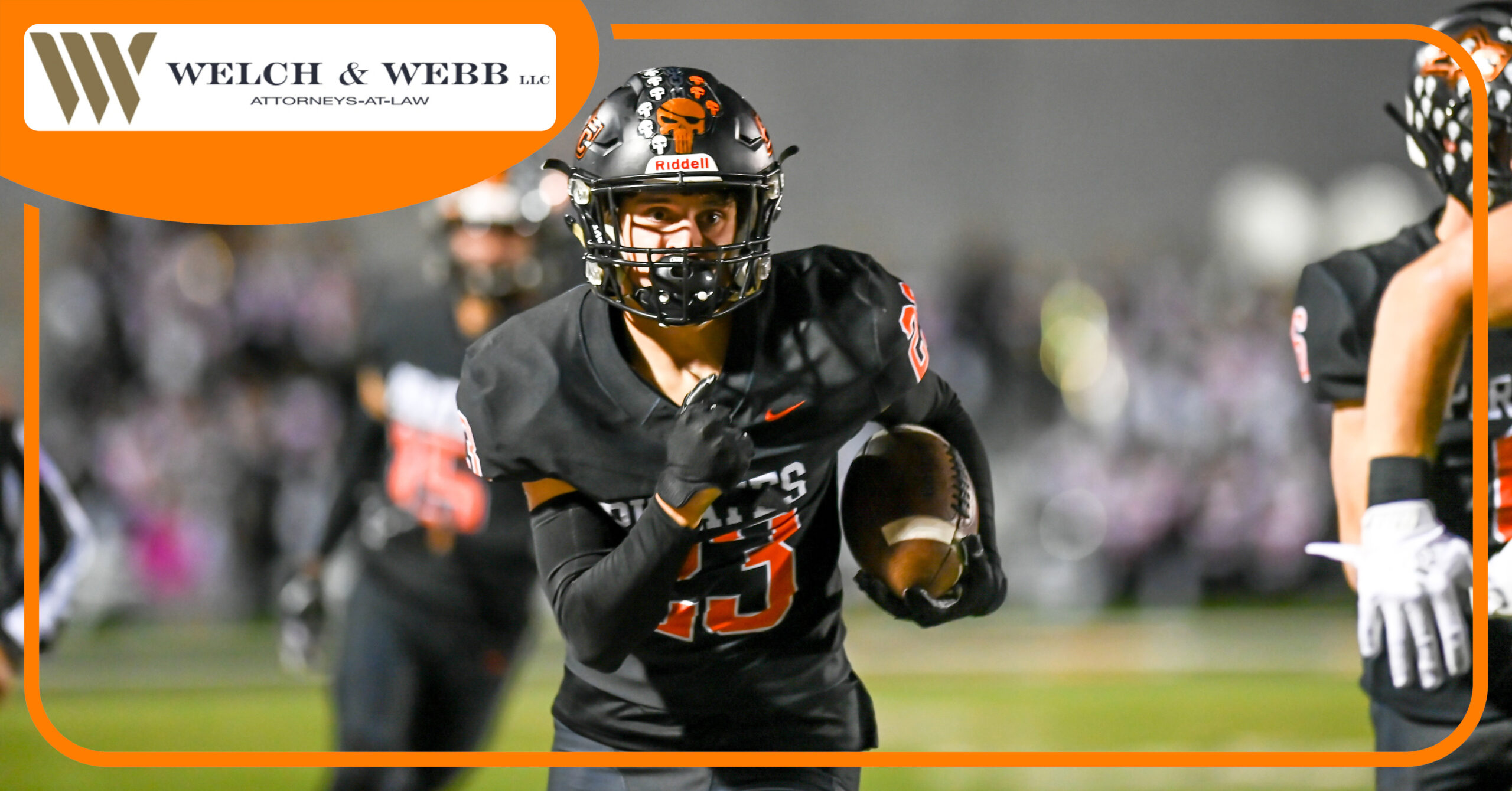 Platte County runs away from Lansing in regular season finale

Platte County couldn’t worry about the outside circumstances, only control the proceedings in the regular season finale.

The resulting 39-3 demolition of Lansing in a rare interstate nonconference matchup Friday at Pirate Stadium didn’t change the postseason outlook but provided more momentum. The Pirates forced four turnovers, including a pair of fumble recoveries for junior safety Cameron Wolfe, and the defense just missed a fourth shutout, while junior running back Nate Walls compiled a third straight 100-yard rushing game and went for four touchdowns on the ground for a second straight week.

The biggest concern for Platte County might be injuries.

Despite the setbacks, Platte County’s offense turned in a balanced effort. Pirates senior quarterback Jared Parsons finished 17 of 19 for 193 yards with only one real mistake — a red zone interception.

With two of the top three receivers out all or the majority of the game, Platte county junior Carter Salzman hauled in team-highs of eight catches for 99 yards, while senior tight end Brody Fulk played a more integral role and hauled in career-highs of four passes for 32 yards. Nate Walls, who started the season as a running back/receiver hybrid, caught two passes for 31 yards, and junior wide receiver Dayne Wimberly’s lone grab went for 23 yards.

Magnuson caught one for 8 yards but suffered an injury on the first-half reception while junior wide receiver Dom Spears didn’t gain any yards on his one catch.

“We’ll just have to deal with that as it comes. Injuries are part of the game unfortunately, and we’ll have to do some work to make sure we are squared away,” said Utz, who also saw junior reserve quarterback Dylan Zimmerman complete 2 of 4 attempts for 36 yards with completions to junior reserve receiver Nash Brown (16 yards) and junior reserve running back Quintin Rivera (20 yards).

“We’ve always been a team that tries to take what the defense is going to give you,” Utz said. “We know going into the postseason, just with the defense we have, that we want to make sure we can establish the run. That was definitely part of the plan is to come in run the ball a little bit, the best we can, and get some work that way. And I thought we established it fairly well.”

Nate Walls somersaulted into the end zone with 2 minutes, 54 seconds left in the third quarter on a play that left a Lansing player with a severe injury. After a lengthy delay while medical personnel safely removed him from the field, Platte County senior Parker Hall nailed his second of three extra points on the night while continuing to fill in for Rhoden to give the Pirates a 32-3 lead.

Set up by junior safety Andy McClure’s fumble recovery to give Platte County its fourth turnover, Rivera’s 2-yard touchdown plunge with 5:08 left in regulation provided the final points and allowed the Pirates to have a running clock for the remainder of what turned into another dominant defensive performance.

Lansing managed just 119 total yards of offense, but a field goal right before halftime resulted in the first points for the Lions against Platte County in 110 years. The Pirates won the first meeting between the two teams 65-5 in 1911 and then shut them out 27-0 in the first half of this two-year series a year ago before improving to 3-0 all-time in the series last week.

“We have let opponents score that we shouldn’t let score in two games that we know we were a lot better than than the team,” Wolfe said. “So we’ve just got to get back in the lab and keep working.”

Platte County could have had a more dominant outcome, but penalties negated pick-sixes for junior cornerback Garrett Smith-Dean and senior cornerback Dylan Mitchell.

On the next snap, Wolfe stripped Lansing quarterback Dalton Jorgenson and then recovered his own forced fumble for the game’s opening turnover.

Platte County immediately turned it over on downs in four plays, but two snaps later, Scott stropped running back Caden Howell. Wolfe recovered for his second turnover in the first 5 minutes.

“Being in the right place at the right time is definitely a (big) part of it” said Wolfe, who returned a fumble for a touchdown in a 20-10 loss to Smithville earlier in the season. “Teammates making a lot of great plays to put me in a great position, and I just took advantage of my situation.”

Platte County needed just four more plays to take a 6-0 lead on a 4-yard run from Nate Walls with 6:30 left in the first quarter.

Smith-Dean appeared to have his third interception return for a touchdown this season on the following drive on Lansing’s first pass attempt, but a pass interference penalty negated the play and gave the Lions their second first down at that point — both by penalty. Pirates junior defensive end Chandavian Bradley blasted Jorgenson on a third down play to immediately stop the drive and force a punt.

Nate Walls broke off a tackle-breaking 33-yard run, and Parsons hit Salzman for a 20-yard juking catch and run to eat up the majority of 67 yards on the next drive. Parsons finished it with a 1-yard touchdown run to make it 12-0 after a trick play pass from Zimmerman to Brody Fulk resulted in an incompletion.

Making a second straight start with McDaniel limited since suffering the injury Week 4 at North Kansas City, Nate Walls continues to spark the offense, and that showed again in the first two scoring drives.

“(Nate) brings a new light to this offense,” Kelley said. “Somehow, I don’t know how he does it, but he somehow squeaks through every time no matter what.”

Lansing used a fake punt to again briefly extend a drive on special teams early in the second quarter, but after a punt, Platte County went 80 yards for a third straight touchdown drive. Salzman had three catches on the drive plus Parsons’ 8-yarder to Magnuson on the play that concluded with a potentially season-ending injury, and Walls again scored from 1 yard out to make it 19-0.

Platte County appeared to immediately add to the lead when Mitchell stepped in front of a pass on the home sideline and tip-toed his way down the boundary for a 44-yard score. An illegal block penalty after the change of possession negated the score and changed the complexion of the first half.

“We can’t control what the referees do, but it was a great play by both of them (Smith-Dean and Mitchell),” Wolfe said.

The ensuing drive for Platte County ended when Lansing cornerback dove in front of two receivers for an interception that prevented a likely touchdown.

In the remaining 1:06 of the first half, Lansing drove down and converted with a 37-yard field goal from Liam Zell to suddenly make it a 19-3, two-possession lead with 7 seconds left in the half. Salzman nearly returned the kickoff after the score for a touchdown, going 66 yards before Zell managed to knock him off balance at the Lansing 26 to cap off a dominant but bizarre half for the Pirates.

“It was weird,” Utz said. “You have the two scores that are called back. That changes things. They kind of kept some drives going where you felt like you dominated but gave them another chance. I never really felt overly concerned; it was just a matter of getting things squared away.”

Platte County needed just 1:41 out of halftime with the 23-yard completion to Wimberly setting up back-to-back 12-yard runs for Walls, the second resulting in his third touchdown. He would be back in the end zone a little more than 7 minutes later to end the competitive portion of the game, and outside of getting some extra snaps for reserve wide receivers like Brown, junior Brennan Rich and sophomore Dawson Mizell, Utz mainly sat on the ball to start looking ahead to next week.

The matchup lost much of its potential luster with Lansing senior quarterback/linebacker Caden Crawford, a highly recruited 6-foot-5, 241-pound headed to Iowa as a defensive end, didn’t play. The Lions never found footing on offense thanks to Platte County’s defense, which has allowed just 31 total points in the eight weeks since a season-opening 42-14 loss to Class 6 No. 6-ranked Park Hill South (9-0). That includes seven for Grandview on an interception return for a touchdown and shutouts of North Kansas City, Ruskin and Winnetonka.

When forced to pass, Lansing didn’t have any more success.

Jorgenson went just 3-for-7 for 26 yards with Smith-Dean dropping a potential second interception, while finishing with just one tackle. Mitchell made three stops in addition to his pick-six that wasn’t, while senior safety Landon Fulk had two tackles.

“A few things we’ve got to clean up, but overall, I thought we did a pretty good job,” Utz said.

Platte County will look to keep the same formula in play for this postseason — protect the football and be opportunistic on offense and let the defense stifle and frustrate opponents. That starts with the first matchup against Central since an exciting 41-34 win for the Pirates in 2015. The Indians enter on a four-game losing streak since upsetting Class 4 Lafayette 63-56 in overtime back in late September.

From there, Platte County could face North Kansas City in the district semifinals for the second straight year. The two teams split last year’s meetings with the Pirates eventually advancing in the postseason with a tight win before blowing out third-seeded Staley to earn a second straight playoff berth.

Platte County has won a district title in three of the past four seasons and reached the state semifinals each time.

The Pirates enter the postseason ranked No. 5 in the final Class 5 Missouri Media poll of the regular season, dropping out of a tie for fourth with Webb City (6-3) to two points behind the Cardinals.

Jackson, Carthage and Holt occupy the top three spots in that order with 9-0 records.