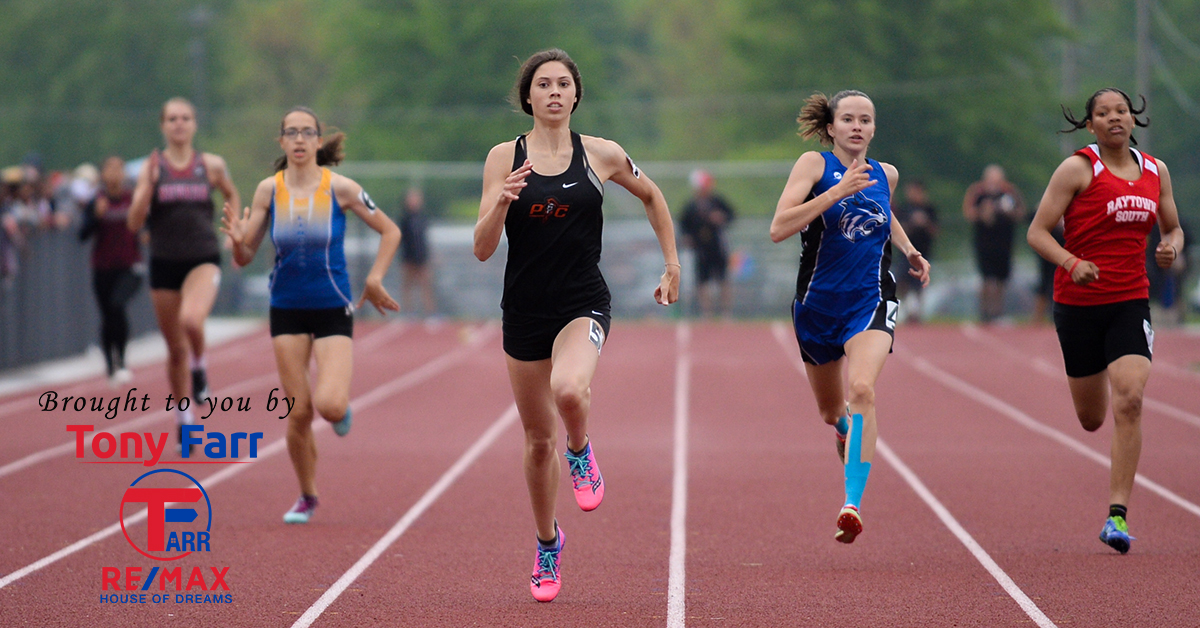 Even two years later, Platte County brings back the majority of point-scorers from the Class 4 District 8 and Class 4 Sectional 4 runnerup team of 2019. A pair of school-record holders and the bulk of two Class 4 Missouri State Track and Field Championships qualifying relays will have the Pirates optimistic for a strong season, even before factoring in an untested group of freshmen and sophomores.

With last year’s season canceled due to the COVID-19 pandemic, many teams will have more questions than Platte County, which will feature a pair of Division I signees.

Platte County senior Haley Luna, signed to continue her track career at Division II Northwest Missouri State, actually leads the returners. She already holds the Platte school record in the 400 meters, a mark of 57.97 seconds set in the state final her sophomore season. She placed second in that event and anchored the Pirates’ 4×400 team to a fourth-place finish after they set the school record a week earlier at the Class 4 Sectional 4 meet.

Also a part of the school record 4×200 relay, Luna qualified for state in the open 200, as well, in her last competitive season on the track. She helped set the 4×200 school record as a freshman when she went to state in that event and the open 400 but didn’t medal in either.

Abbie Schwieder, signed to Northern Iowa, holds the Platte County record in the pole vault, set as a sophomore at 10 feet, 1 inches while winning the Suburban Conference Blue Division Championships individual title in the event before also taking the District 8 gold medal. She went on to finish 10th at state and just missed a medal, while clearing 10-0 that weekend.

In 2018, Schwieder qualified for state in the pole vault as a freshman.

Schwieder’s lone state medal to this point came as part of the record-setting 4×400 relay team. In fact, Platte County returns three of the four legs from a unit that won the District 8 and Sectional 4 titles in the two weeks prior and set a school record at 4:01.65 at sectionals.

Platte County senior Bryn McGehe also ran on the 4×400 two years ago in a breakout season that also saw her qualify for state in the the open 800, placing 12th after finishing third at Sectional 4. McGehe also anchored the third-place 4×800 relay at Sectional 4 along with seniors Taylor Giger and Jenna Jurgensmeyer, both of whom will also be back this season in what could be a strong long-distance unit

Giger, signed to Missouri State University for track and cross country, also qualified for state in the 3,200 as a third-place finisher at Sectional 4 but missing the cut in the 1,600 (sixth). She then came in 11th at state to come up three spots shy of a medal.

Luna and the 4×400 relay helped Platte County score 13 points and place in a tie for 20th at state. However, the Pirates have other sectional qualifiers back that will have aspirations of bolstering the state group, even as they move forward without three-year standout Isabelle Geddes, a junior in 2019 who graduated early and wouldn’t have been on the roster last season anyway.

Platte County senior Olivia Minter and junior Kate Brown both advanced out of districts in the triple jump with Brown just a little over a foot out of a state spot. Minter also qualified for sectionals in the long jump.

In addition, Platte County junior Molly McBratney didn’t run in the 4×400 but just missed a Sectional 4 berth after placing fifth in the open 400. Maya Sullivan, a junior, set Park Hill South’s school record in the pole vault at 10-6 in 2019 as a freshman and also ran on the Panthers’ Class 5 Sectional 4 qualifying 4×400 relay. She placed ninth at state in the Class 5 state pole vault competition and has now transferred to Platte County.

While there will be plenty of opportunities for freshmen and sophomores to make an impact in their first seasons. Meah Salzman, a sophomore, could make a big splash as a sprinter and jumper.