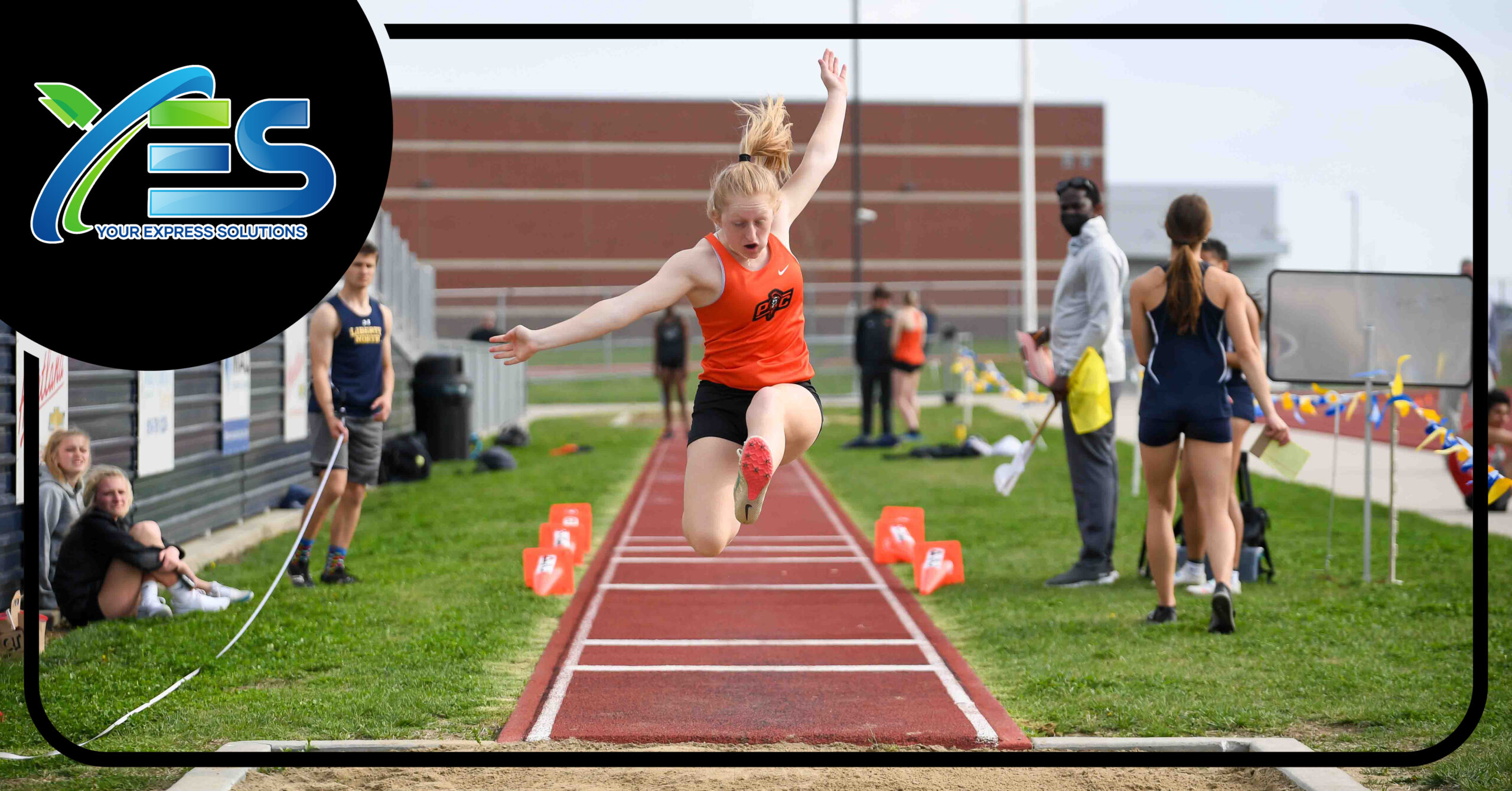 Platte County developed a “jump squad” a year ago, and the Pirates have restocked the ranks.

Those five Platte County athletes combined for three victories and seven top-five performances in Friday’s Liberty North Invitational at Crossley Family Activity Complex in Liberty. The Pirates racked up 113 1/2 points and finished third in the team standings — just three back of runnerup Lee’s Summit but 16 1/2 clear of rival Kearney in fourth.

Pickett continued her increased event load in the field and topped a pair of impressive fields. With a heavy wind aiding many jumpers, she didn’t have any personal-best showings but won the long jump at 4.91 meters in a tiebreaker over North Platte senior Haley Sampson and then cleared 1.52 meters to finish first in the high jump.

Webb did set a personal-best at 4.58 meters to place fifth in the long jump, and Schlake came in fourth in the high jump (1.42).

Pickett came in second to Kearney junior Ava Lawless in the triple jump, which is a new event for her this season. She qualified for state in the long jump and high jump a year ago, medaling in the latter as a sophomore in Class 4. The Pirates will be in Class 5 this season, making any return more difficult but she appears to have more paths.

The runnerup triple jump mark on Friday for Pickett was 10.77 meters. Palmer, a Class 4 state qualifier in the event as a sophomore, placed fourth in a season-best 10.17 meters, less than a half meter of her PR set at 10.59 in Class 4 District 8 competition a year ago.

Sullivan, who made her season debut for Platte County just over a week earlier in the Darwin Rold Invitational, recorded her first win of the season in her only event. She cleared 3.35 meters to easily take the title with Liberty North junior Holly Waller the runnerup at 2.90 meters.

Platte County racked up big points in those field events, while sophomore long-distance specialist Sisely Mitchell added a pair of runnerup finishes with a personal-best 2 minutes, 27.07 seconds in the 800-meter run. Her times in the event have steadily come down this spring after a breakout cross country season, and she came in less than a second back of Kearney junior Jadyn Barnes in a bit of a developing rivalry between the two as they face off in more and more races.

Mitchell also came in second in the 1,600 (4:40.25), again less than a second back of the winner but about 15 seconds off of her personal-best set just over a week earlier at the Darwin Rold Invitational.

Platte County juniors Joslyn Hupp (10.79 meters) and TK Lawson (10.45 meters) set personal bests in the shot put and finished back-to-back in fifth and sixth, continuing their solid development this season. The Pirates also had PRs for fifth-place junior Hannah Mand (27.77) and Molly McBratney (28.06) in the 200.