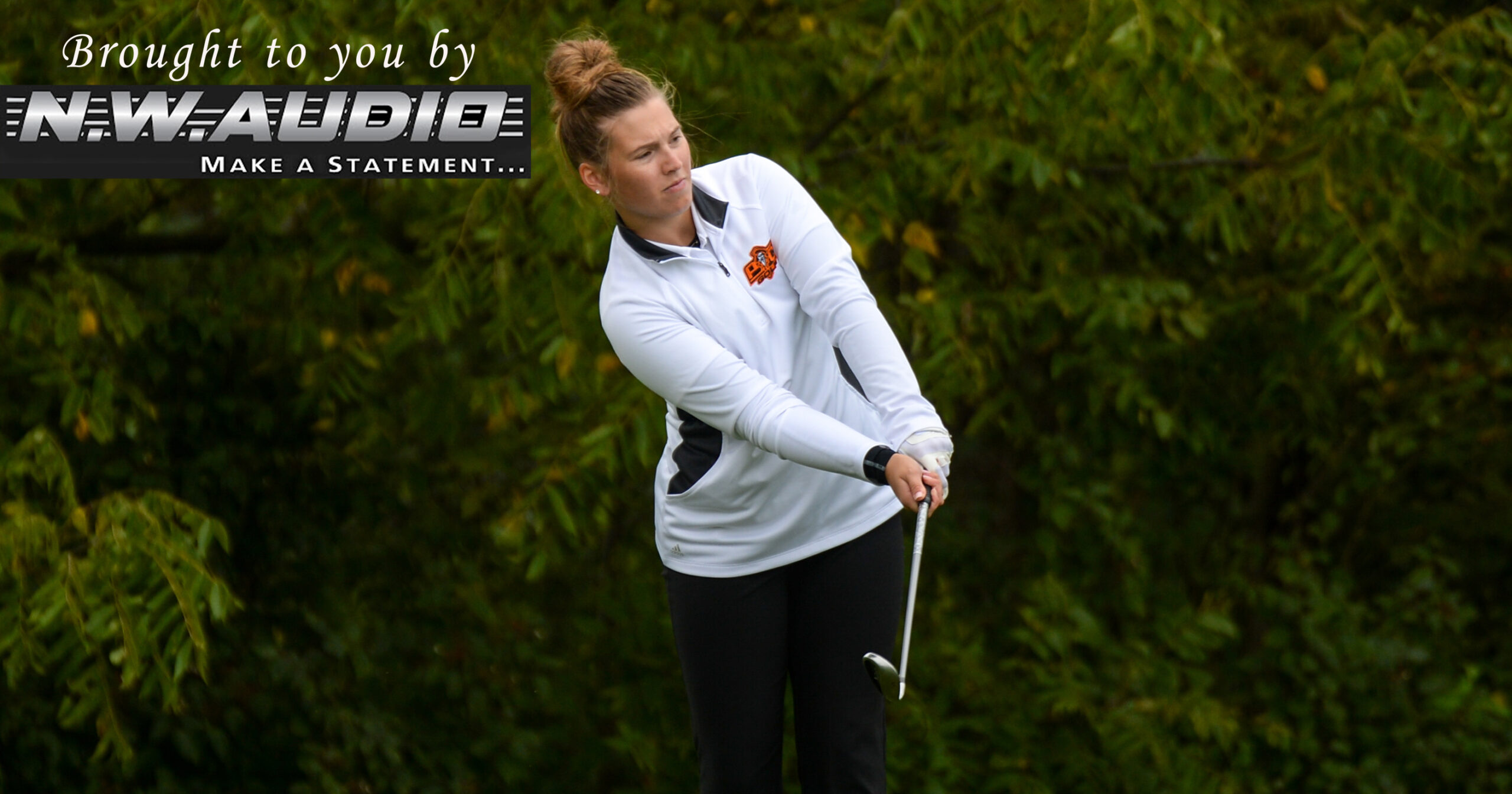 Coming off an uncharacteristically sub-par performance, Platte County found the perfect way to rebound — another tournament title. The Pirates had four medalists and ran away with the St. Joseph Central Invitational title on Wednesday at Fairview Golf Course in St. Joseph.

Platte County senior Tori Sanders fired a 17-over 90 on the par 73 setup to finish alone in fourth, while senior Mannon Bigus and sophomore Bailey Silcott carded matching 92s to tie for fifth and junior Eden Shipp was just one shot back of them with a 93 that tied for eighth. The Pirates totaled a 367 with those four scores and came in 19 strokes ahead of second-place Staley.

“This is the way to bounce back from a rough day yesterday,” said Platte County coach Trevor Short, who also saw the Pirates take the season-opening Ray-Pec Scramble title. “The ladies played well enough to come away with a victory. The team battled cold, rainy conditions and made the best out of the circumstances. We are so proud of the way that they handled themselves today and how they didn’t let the elements dictate their day.”

Platte County had four medalists, while no one else in the 11-team field had more than two. Brylie Kovar, a sophomore, rounded out the Pirates team with a 121 but did not factor in the team scoring.

Rain canceled the Platte County Invitational already this year, and this marked just the third competition of the year for the Pirates — and second in two days. They turn around and play again in Monday’s Liberty North Tournament, and confidence will be high for an experienced group.

“This will be good momentum,” Short said.

Sanders led Platte County with an 11-over 48 on the par 37 nine-hole setup, while Bigus had a 52 and Shipp and Silcott had 53s to round out the team score. The Pirates were fourth at District 8 last year and had another chance to show off their potential.

However, the state will release a new postseason setup this year, meaning teams like Liberty North will likely be in a larger classification. Platte County continues to use its schedule to see top competition in the regular season, and this was a challenge and learning experience.

“We struggled to get things going and couldn’t recover throughout the nine holes,” Short said. “Liberty North is a very good team, and you can’t have a bad day if you want to try and beat them. The good news is that the team will bounce back and there is plenty of golf left in the season.”