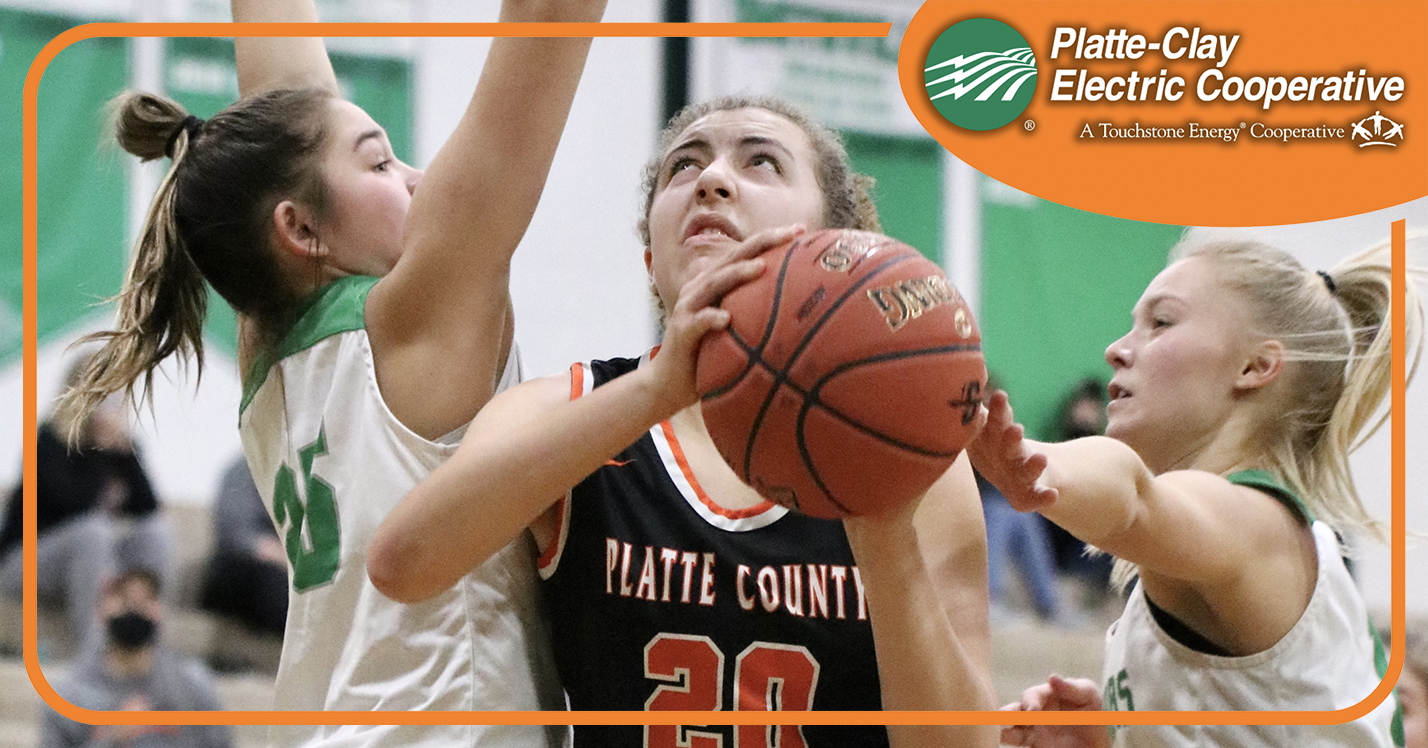 With nearly the entire roster back and a pair of exciting freshmen to put in the mix, expectations change this season.

Platte County improved start to finish in 2020-2021, finishing 9-13 overall despite some untimely injuries and illness. The Pirates were down to a maximum seven-player rotation by the end of the season and bowed out of the Class 5 District 16 tournament with a 28-22 loss to Kearney in the semifinals — their third loss of the season to the Bulldogs.

Amaira Peterson and Kiersten Robbins, a pair of senior forwards, lead a now-experienced Platte County roster that might just need to find more of a scoring touch to see an increased win total. The Pirates have won nine games total each of the past two seasons despite last year’s complete overhaul to the lineup.

“This team’s expectation is to compete for a conference championship,” Platte County coach Rebecca Mills said. “We return all our key players, and the girls have really dedicated themselves in the offseason. The team chemistry is better than ever and our bench has more depth than it has had in the past two years.

Platte County sent into last season with Mills in her first year as head coach and Joslyn Hupp and Reese Pickett the lone returning starters as sophomores. In addition, Kylene Loy was the lone senior on the roster, and Pickett, Hupp and Robbins missed portions of the season due to injury or illness.

Robbins returned from a stint out after the holiday break and took the role of leading scorer, posting double-figures in scoring in eight straight games at one point. As defenses keyed on her in the post, Peterson developed into a versatile threat and ended up leading the Pirates in scoring at 8.9 points per game to go with 5.3 rebounds and 1.7 assists per game.

However, lack of scoring and turnovers ended up being the biggest issue for a strong defensive team.

Platte County won four of five and then five of seven at one stretch in the middle of the season with Robbins as the catalyst and finished 4-7 in Suburban Conference play, likely being kept from a fourth league win after Ruskin canceled the remainder of the season due to lack of players and eliminating the second matchup between the two teams. Robbins ended up at 8.6 points per game with another 5.3 rebounds game, while Hupp was at 7.2 points per game, Pickett 6.8, Lydia Doole 5.7 and reserve guard Morgan Stewart 4.4. The rest of the roster provided only limited offense, and the Pirates faded down the stretch with Hupp missing the final three games due to a concussion.

Now, Pickett and Hupp will be third-year starting juniors, while Doole — the No. 1 point guard out of necessity a year ago — returns for her sophomore season after leading Platte County in 3-pointers made a year ago. She will also becoming back from offseason surgery that kept her out of cross country in the fall.

Stewart, another junior, provides an experienced outside shooting threat, averaging just under one 3 made per game as a sophomore.

“Our keys to success include making sure we are competing at a high level every time
we step on the floor, being a threat on the offensive side of the ball, and doing the little things like taking care of the ball and controlling the boards,” Mills said.

In addition to the six returners with starting experience, Platte County also brings back juniors Abby Reynolds and Mackenzie Shields after both played sparingly at the varsity level a year ago. Karson Suiter will be the third senior on the roster, while Mills expects freshmen Lauren Stone and Haley Barlow to contribute right away.

Barlow provides depth at point guard, while Stone projects as a versatile off guard who can score off the dribble.