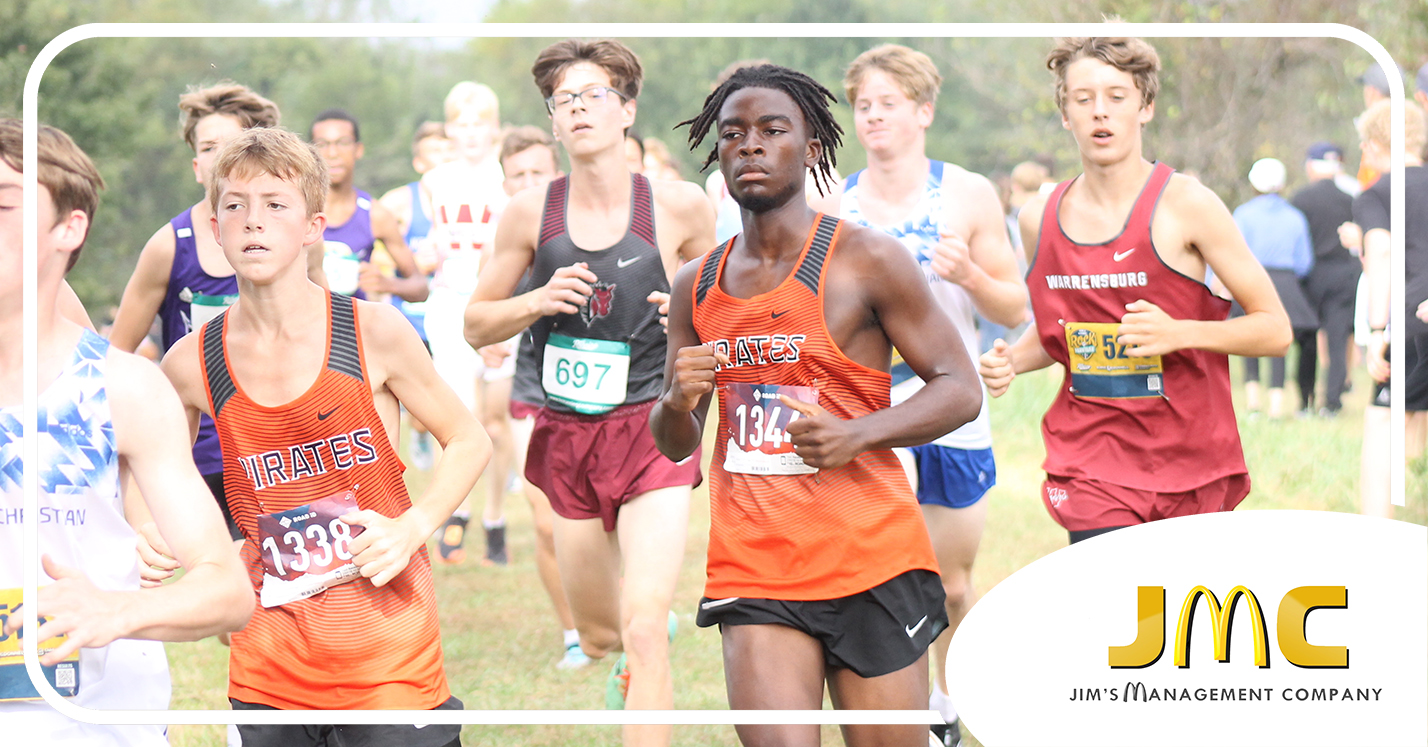 A week after setting personal-bests across the board, Platte County experienced a minor letdown in the always-difficult KC Classic in Peculiar, Missouri. The Pirates placed only one runner in the top 50 and three in the top 100 with more than 300 total in the field, which included top team’s from both sides of the state line.

Platte County first-year coach Courtland Ingram didn’t necessarily consider the results a negative, given the challenges presented in such a congested race.

“Just body language and looking at their effort,” he said. “If they can answer the questions of, ‘Did I give my best effort today?’ and it’s a yes. That’s all we can control.”

Platte County senior Andrew Early continued to lead the way, placing 48th in 17 minutes, 7.7 seconds. He has twice gone under 17 minutes this season, including last week’s PR at the Gans Creek Classic and in his previous race on this course at the Raymore-Peculiar Invitational earlier in the season.

However, Platte County senior Jace Trimble continued his recent run of improvement and finished 80th in 17:33.6, just slightly off of last week’s time at the Gans Creek Classic. He provided the No. 2 score for the Pirates with sophomore Andrew Johnson in 85th at 17:36.8.

Trimble and Johnson running so close together could be a positive as Platte County now takes two weeks off until the Suburban Conference Blue Division Championships and then the postseason. However, the Pirates’ 23rd-place team finish out of 43 teams left them expecting more.

“What I liked the most is I don’t think they were pleased,” Ingram said. “I don’t mind them being a little gritty and dissatisfied with a race going into the championship portion of the season.”

Platte County junior Kage Audas (228th, 19:02.7) and junior Tanner Johnson (235th, 19:06.80) rounded out the team score while freshman Ben Letcher and senior Andrew Talley were the sixth and seventh runners for the Pirates. Early, Trimble, Andrew Johnson and Talley were all on last year’s Class 4 Missouri State Cross Country Championships team qualifier, while Audas ran in the top seven most of the season before being excluded in the postseason due to COVID protocols.

Races like these have Platte County set up to win this year’s conference championship after a disqualification cost them the title a year ago. The depth behind Early, Andrew Johnson and Trimble will be important, and Audas expects to supply that needed depth while learning how to run in larger fields.

“It was a very good experience for me,” Audas said.