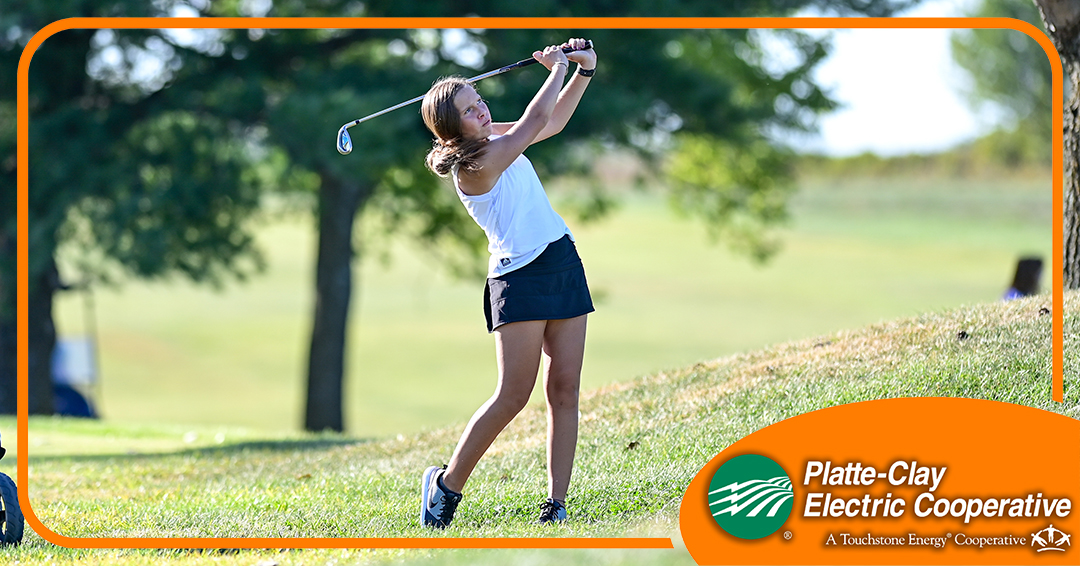 Platte County came up with the perfect transition into the championship portion of the season. Behind the play of senior Eden Shipp, the Pirates took the team title in the Smithville Invitational on Wednesday playing the The Posse Course at Paradise Pointe Golf Complex.

Next up, Platte County tries to win the Suburban Conference Blue Division Championships for the sixth straight season Monday at Shiloh Springs Golf Course. The Pirates will enter with a lot of momentum.

Shipp shot a 12-over 84 to earn medalist honors, while Bailey Silcott (90, fifth), freshman Ella Green (91, sixth) and sophomore Lily Ricketts (94, eighth) accounted for Platte County’s team score of 359. The Pirates were 32 strokes ahead of runnerup Smithville, which will be a top rival at conference and in the following week’s Class 3 District 4 tournament.

“We were very pleased with the results today,” Platte County coach Trevor Short said. “We played hard and were able to come away with a nice victory. There are a few tough holes on the course and the team had a few hiccups on those holes. We were able to regroup after them and put together some solid rounds of golf. The team had four out of the five in the top ten, and we are showing that we are ready for the postseason.”

Platte County entered off of some up-and-down performances but again showed a top-four capable of competing with most teams.

Shipp finished a shot ahead of Lee’s Summit West’s Brylie Ellis, while Silcott, Green and Ricketts were separated by four strokes. The Pirates played junior Ava Villareal in the No. 5 spot, and she placed 33rd. The fifth player has been rotated, and it remains to be seen who Short will tab for the spot at conference.

However, Platte County enters with Shipp a three-time all-conference player and last year’s co-medalist with graduated teammate Tori Sanders. Silcott also earned all-conference a season ago, while Ricketts rejoined the lineup for the postseason and played a pivotal role in sending the Pirates to the Class 3 Missouri State Golf Championships for the first time in program history with the first team berth in more than a decade. Their previous two trips were in Class 1 before the school grew and the state expanded from two classes to four in 2020.

On far from their best day, the Pirates came away with a win Monday at Shiloh Springs Golf Course.

Green earned the first medalist honors of her young Platte County career with a 45 on the par-37 setup, while Shipp and Silcott were one shot back with matching 46s. Despite a 52 from Ricketts rounding out the team score, the Pirates topped Staley by a comfortable 18 strokes.

The performance came on senior night for Shipp, who has been a four-year starter and integral part of the current run of success.

“What a great way to celebrate our Senior Night with a win over a talented group of competitors,” Short said. “We were able to hold it together and produce some respectable scores on the day.”