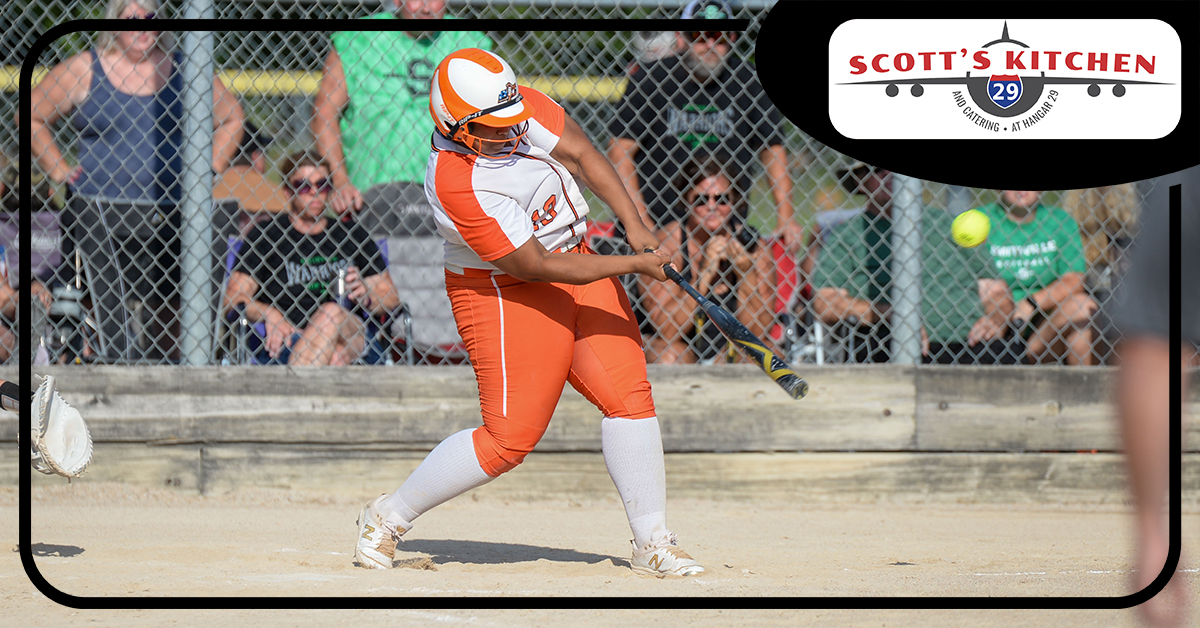 Platte County might have equaled last year’s loss total in the first weekend, but the Pirates also received the type of early-season competitive measuring stick missing a year ago.

In the season-opening Greater Kansas City Suburban Invitational, Platte County posted a 3-2 record but received a critical look at new pitchers in senior Chloe Helmer, junior Mackenzie Shields and sophomore Kallie Hitzelberger in the two-day tournament over the weekend at Adair Park in Independence, Mo. In addition, Pirates junior first baseman TK Lawson hit .500 in 17 plate appearances with two home runs and nine RBIs, including one bomb and a walkout hit in a 9-8 victory over Smithville.

Platte County went 21-2 in 2020, reaching the Class 4 state semifinals, but the GCK tournament was not held due to COVID-19 protocols. The Pirates lost six starters from a year ago, including two-time all-state pitcher Emma Koeneke.

“Overall, I was very pleased because I feel like from the first game we approved a lot,” Platte County coach Callie Peoples said. “We’ve gotten to see a lot of girls at different positions and try a lot of new things and a lot of different lineups and that’s the whole point of this opening tournament.”

Helmer held Lee’s Summit to just one run in the first four innings before surrendering three each in the top of the fifth and sixth in Friday’s opener.

Platte County attempted to make a comeback in the late innings, as well, cutting the lead to 4-2 in the fifth and then closing within 7-4 in the bottom half of the sixth. Pirates sophomore right fielder Anna Crowell came to the plate after senior catcher Ali Gill’s two-run, two-out double trimmed the Tigers lead to three in the sixth, but Crowell popped out to the end the game, which was shortened by an inning due to time limits.

With just four hits total, Platte County made the most of doubles from Gill and Shields plus four Lee’s Summit errors. Avery Webster, the sophomore left fielder, and Helmer had RBI singles in the fifth.

Shields earned the win as the Pirates closed out pool play Friday in a game limited to four innings due to the time limits.

Harrisonville took a 2-0 lead in the first inning, but Platte County came right back with five in the bottom half of the inning to take the lead for good. Lawson started the rally with a two-out walk, and Gil followed with a double to left field. After a walk for junior Demi Riechers loaded the bases, Shields doubled to clear the bases and make it 3-2.

Helmer walked, and senior right fielder Koree Church singled to score Shields on a 1-2 pitch. The key run came when Helmer came home on a wild pitch to make it 5-2.

Harrisonville would close within 5-4 with a two-run home run against Shields in the top of the third, and Platte County held on from there, stranding two runners in scoring position in the top of the fourth while clinging to the one-run advantage.

Lawson added what turned out to be an unneeded insurance run with a single in the bottom of the fourth to score Webster.

The Pirates ran their winning streak to three against one of their chief rivals Saturday morning with Lawson singling home Webster with no outs in the bottom of the sixth — the game’s final inning.

Smithville tied the score with four runs against Helmer in the top half of the inning to extend the game, but Webster singled to start the bottom of the sixth before senior centerfielder Abby Reynolds walked. Lawson then shot a groundball single to center to plate the winning run.

Platte County led 2-0 after the first inning, trailed 3-2 after the top of the third and then built a 7-2 lead after the fourth. Helmer’s RBI single in the bottom of the fifth made it 8-4 and seemingly put the Warriors away. Instead, Helmer ended up tagged for more runs, allowing eight but only four earned on nine hits and four walks. She struck out two in her second start of the season.

After back-to-back Smithville errors to start the bottom of the third, Lawson blasted a three-run home run to left field to make it 5-3. The Warriors committed a third error in the inning to allow the sixth run to score.

Platte County won the final two games against Smithville in 2020, as well — the first to earn a share of the Suburban Conference Blue Division title and avenge the only regular season loss and the second in the Class 4 District 8 championship game.

“I was disappointed we had to play Smithville — again — but it happens when that’s the way the bracket runs out,” Peoples said.

The Pirates were walked off in Saturday’s middle game with the Eagles plating the runner placed at second in the extra inning with a two-out single.

In the top of the sixth, Platte County had a strikeout and two groundouts to second to strand its free runner. The Pirates led 3-2 after the top of the fifth after Crowell, courtesy running for Lawson, scored on a passed ball with two outs. However, two singles and an error led to a sacrifice fly for Holden in the bottom of the frame, and Shields recorded a key strikeout and a groundout to end the inning and force extras. She struck out five and only allowed one earned run — the one in extra innings — in 5 2/3 innings on five hits and three walks.

Holden led 2-0 after the second, but Platte County scored the next three, tying the score with a pair of runs in the top of the third. Reynolds doubled home junior courtesy runner Ava Carter, who came on after Shields singled with one out, and Lawson followed with an RBI single. Both teams had five hits, but the Pirates committed three errors.

The Pirates closed the tournament by scoring 13 runs in five innings, and Hitzelberger allowed just one run on one hit and one walk in a complete game. She also struck out one.

Platte County busted the game open with nine runs in the top of the fifth. Riechers drove in three on a pair of hits, while Lawson, Church and Crowell added two RBIs apiece. Shields scored three runs, and Riechers, Lawson and Webster each came around twice.

In the nine-run fifth, Centralia committed three errors, the first allowing the leadoff batter Shields to reach. Riechers promptly followed with an RBI double, and after another error put two runners on, Crowell made it 6-0 with an RBI groundout. Carter and Church had RBI singles, Church’s scoring two, around a one-out walk to Webster, and Lawson blasted a two-run home run to center field to make it 11-0.

Emma Reed, a sophomore, pinch hit for Riechers later in the inning and recorded a two-out RBI single, and Hitzelberger doubled her home for the final run.

Centralia broke up Hitzelberger’s no-hitter with a double to start the bottom of the fifth, and after a wild pitch and a walk, she allowed a sacrifice fly for what would be the Panthers only run. Their only other runner reached on an error in the second inning.

Riechers recorded her first two RBIs with a two-out, two-run triple in the third that made it 3-0, and Crowell’s bunt single in the third gave Platte County a four-run lead.