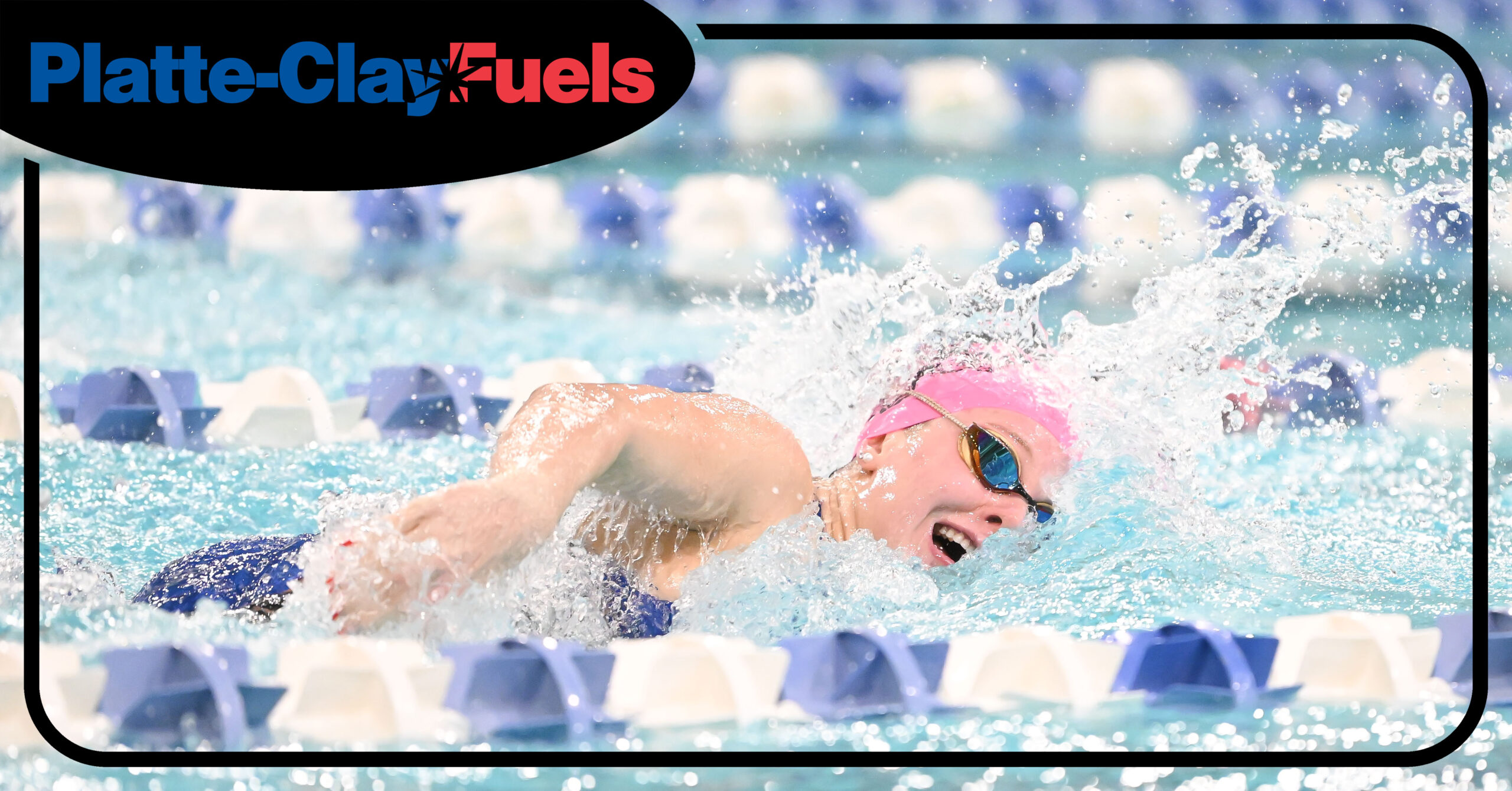 The elite competition in this weekend’s 16-team KC Classic brought out a lot of the best for Platte County. Time drops finally hit en masse for the Pirates, who finished eighth out of 16 teams with 130 points — just 12 behind seventh-place Carl Junction for the best showing for a Class 1 team.

Hays highlighted the effort with an individual victory, thanks to a career-best swim in the 100 breaststroke. She finished in 1 minute, 8.64 seconds — nearly a second faster than a Class 1 Missouri State Swimming and Diving Championships mark from her freshman season.

Additionally, Hays qualified for the A final with a time about 2 seconds better than her previous season-best entering the meet then took another second off that mark in the finals.

DeLay joined Hays in the 100 breaststroke A final, qualifying fifth and finishing fifth. She set a season-best of 1:11.46 in Saturday’s race after being just 0.13 slower than that in Friday’s preliminaries.

Hays and DeLay now both have top 10 state consideration qualifying times in the event with Hays all the way up to fourth in Class 1.

At that point, Hays already owned a third-place medal from the 100 freestyle. She ended up in the middle of an extremely bunched 2-3-4 placement in the event at 54.59. She actually qualified second out of preliminaries with a slightly better time of 54.56 — also top 10 in the state for Class 1.

Not surprisingly, Hays and DeLay were also on the two A finalist relay teams for Platte County. The 4×200 freestyle quartet that also included seniors Lauren Beatty and Madeline Judy placed fourth in 1:44.97 as the top Class 1 team in the field and setting a season-best — about a second faster than when the Pirates qualified fourth out of prelims.

Platte County’s 200 medley team of DeLay, Hays, Stone and sophomore Ireland Shanks came in sixth in a season-best 1:56.64. As of the most recent listing, both of those times rank sixth in Class 1 with both groupings making a a big jump up the list.

DeLay’s other top-16 finish came in the B final of the 50 freestyle, and she set a season-best of 26.36. the performance came after she claimed the 16th and final qualifying spot and then moved up two spots with an improved time Saturday.

Stone just missed a state consideration cut in the prelims of the 100 backstroke but then hit the mark in the finals, placing 13th at 1:07.97. She earned a spot in the Class 1 state field a year ago but now sits about 2 1/2 seconds off her career-best for the event.

Similar to DeLay, Cruce — a first-year freshman — claimed the final spot out of preliminaries, edging teammate Shank by 0.17 of a second. Cruce’s mark of 1:17.00 in that race gave her the first individual state cut of her short career, and she then improved that in the finals with a 14th-place finish in 1:06.36.

Platte County received first-place efforts from senior Blair Bolling, junior Jayden Benninghoff, Beatty and Cruce plus a pair of relays. The Pirates might have swept the relays if the No. 1 200 medley team didn’t up with a disqualification.

Bolling’s win came in the 200 individual medley with a season-best time of 2:38.77 while junior Alyson Stone placed third in the event. Beatty (1:00.97) finished first in the 100 freestyle, while Judy ended up third.

Platte County also won both freestyle relays. The 200 quartet of DeLay, Hays, Judy and Beatty (1:50.49) finished almost 11 full seconds ahead of Smithville, while the Pirates went 1-2 in the 400 freestyle relay with Judy, Beatty, Shank and Benninghoff.

With the top team DQ’d, Platte County came in second in the meet-opening 200 medley with a grouping of Bolling, Benninfhoff, Alyson Stone and Cruce. The Pirates also had a runnerup finish from Madeleine Stone in the 500 freestyle (6:31.49).