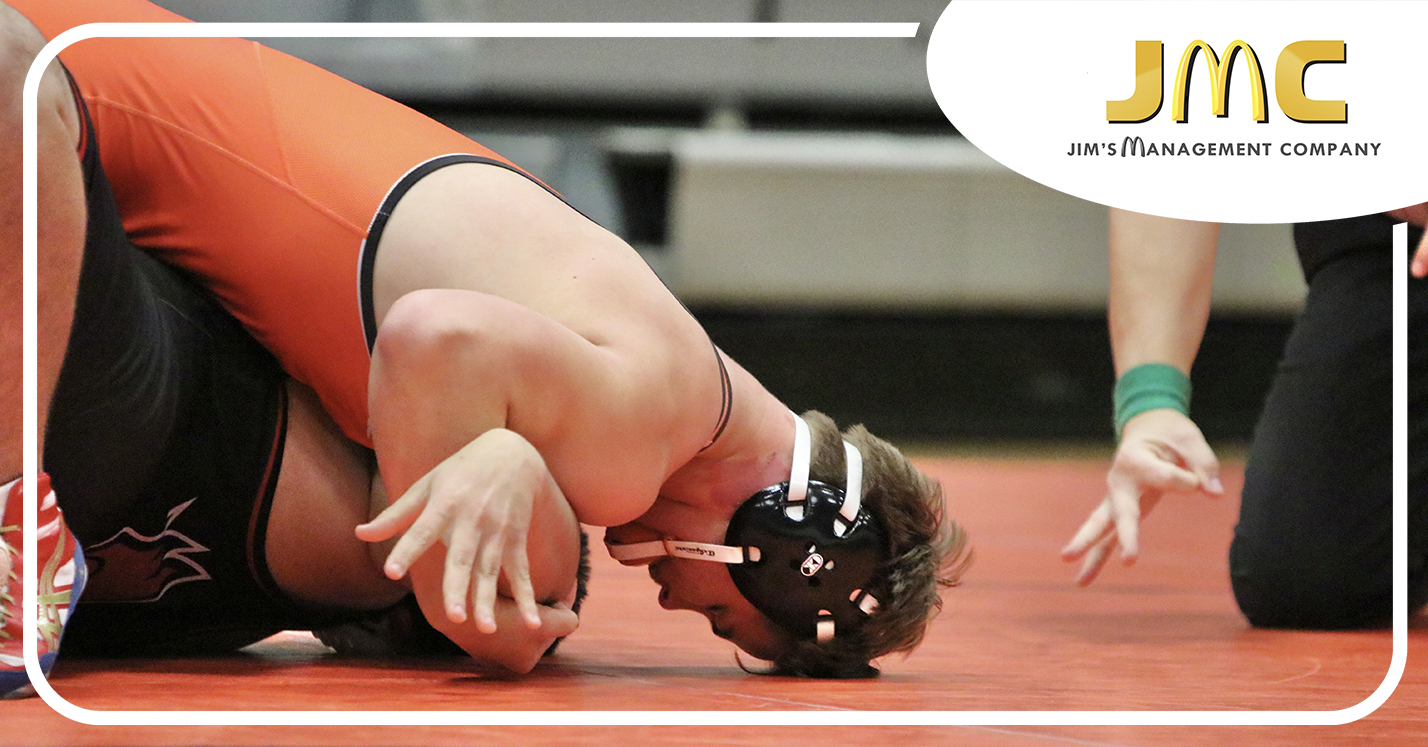 Predictably and per the normal, Platte County didn’t have a full lineup to open the season. No matter in Monday’s home triangular.

Platte County ripped off dominant victories of 78-6 over Ruskin and 60-18 against Raytown South despite being without senior three-time state medalist Eli Rocha, experienced senior Ben McDaniel and a few other potential contributors. The competition will quickly become more difficult, but for now, the result is a 2-0 start in Suburban Conference Blue Division competition as the Pirates look to defend last year’s conference title.

“Get back in the groove of things, get some live opponents, get back to things,” said Platte County senior Jared Parsons, who expects to be at 145 pounds during the season but had a pin against Ruskin and took a forfeit vs. Raytown South while up at 152.

Platte County never trailed in the opener against Ruskin after sophomore returning state qualifier Caden Hulett opened with a first-period pin of Donsha Finley at 106, but the finale against Raytown South featured some dramatics, including an adventurous and tiring debut for first-year senior Trevor Scott and junior Mar’Ques Brown’s overtime triumph at 285.

Platte County held a 36-18 lead when Scott took the mat at 182, a spot he expects to compete for with more experienced senior Christian Yocklin. A four-year standout in football during the fall and a returning state qualifier in track, he finally dove into wrestling this season and received his first live action against Connor Rupard.

Scott scored the opening takedown and led 9-2 early in the second period after putting Rupard to his back for three near-fall points. However, Scott looked visibly more tired as the match dragged out to the full six minutes. He eventually held on for a 14-10 decision.

“We’ve been trying to get him to wrestle since freshman year, and for him to come out senior year and try something new is pretty cool,” said Parsons, a state qualifier as a sophomore. “For him, first match, first win is really awesome.

Platte County senior Jaydon Walls (195) and sophomore Jake Fernandez (220) both needed less than a minute to earn pins in their matches, upping the lead to 51-18 and officially locking up the team victory.

Brown, who qualified for Sectional 4 last year in the unique two-stage state qualification process instituted for 2021 due to COVID-19, also ended up tired out on the way to a difficult victory. He looked set to take the opening takedown on multiple occasions against John Gonzalez-Gaona but settled for a 1-0 lead entering the third period courtesy of his escape after starting the second period in the down possession and getting away.

Gonzalez-Gaona then caught a break when Brown took a clasping call in the third period to tie the score. Brown then granted an escape and trailed 2-1 with time ticking away. Just like early in the match, Brown worked in deep with a shot, and the official penalized Gonzalez-Gaona a point for fleeing the mat while attempting to avoid the takedown.

The match went to overtime tied 2-2, and Brown finally came up with the winning takedown in a 4-2 decision victory during the 1-minute sudden death period.

“Those matches are always exciting,” Parsons said of the night’s most competitive matchup and the second of two to go at least three periods. “It’s awesome to come out on top in those. Everybody gets closer, root on your teammates.”

Hulett took a forfeit to finish the night.

Ruskin gave up three forfeits against Platte County, which was open in both duals at 113. Tied at 6-6 after that open, Platte County won the final 12 with maximum points starting with junior Alex Escaping-Fillmer’s second-period fall at 120. He is a transfer from Olathe East expected to settle in at 113 as others cut weight to their spot.

Platte County also scored pins from sophomore Kayr Gonzalez in his debut at 126, Maccuish in his first match at 132, Lueders at 138 and Smith at 145 as the second freshman starter. Smith went 2-0 at that weight, although he will likely flip with Parsons in the eventual lineup.

“We’ve got to clean up quite a few things,” Parsons said. “I think this weekend will kind of hit us in the mouth and kind of get us ready for what we’re going to see the rest of the season.”

Platte County next travels to a new tournament this weekend for two days at the Council Bluffs Classic in Iowa where the Pirates will face stiff competition from multiple states. The Pirates entered the season experienced after finishing seventh at state in Class 3 a season ago, anticipating a potentially special season based personnel available.