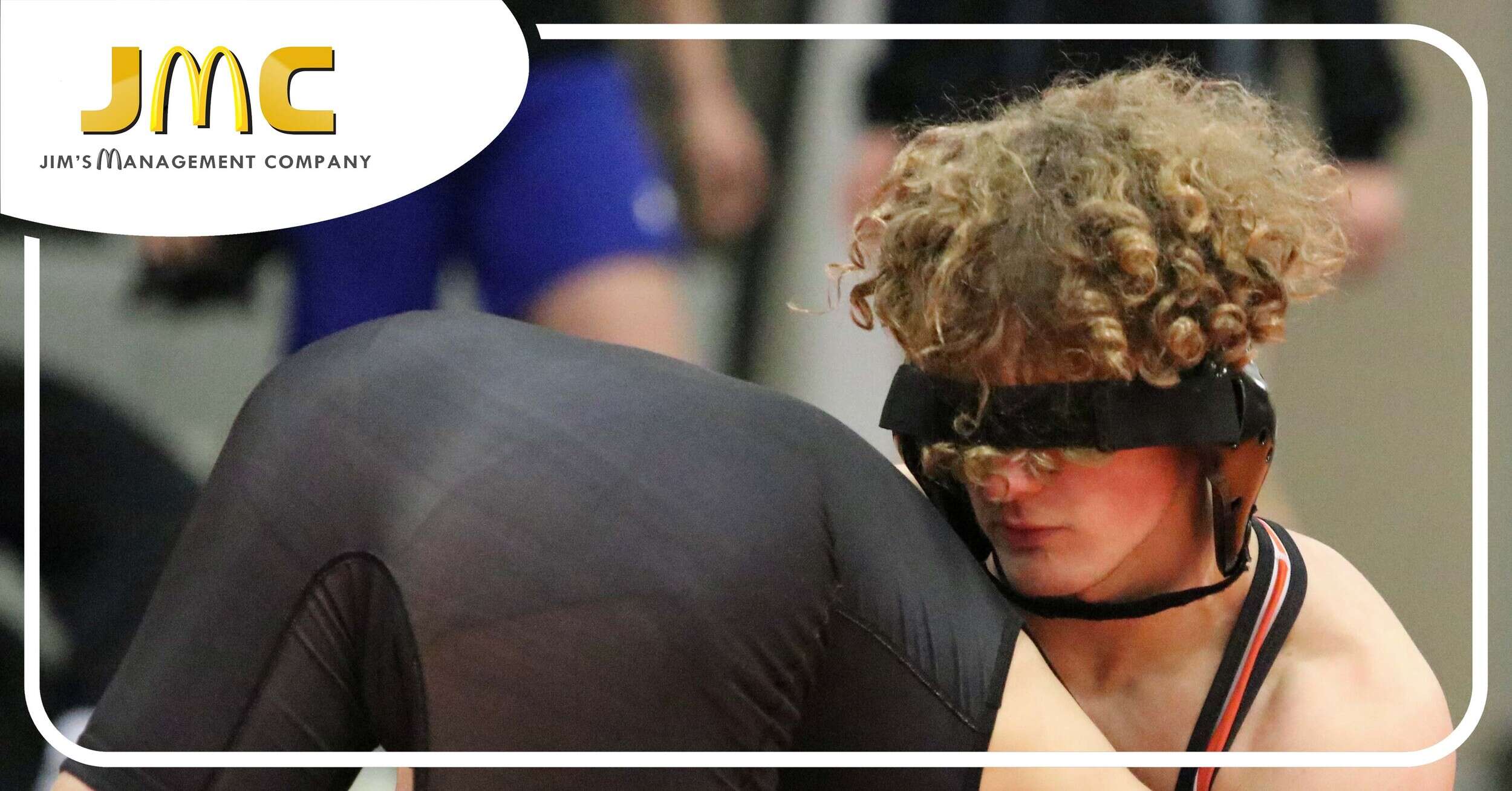 A come-from-behind pin for junior Bryan Jennings at 152 pounds became the key, and the rest of the results with Park Hill South aligned to create a 37-37 tie at Platte County High School. The Pirates prevailed on the fourth criteria of fewer forfeits, having fielded a full lineup in the nonconference matchup.

“I knew it would be pretty close,” Burress said. “I don’t usually put a pen and paper in my hand, but I did tonight because I knew it would be close. We had chances everywhere to save a point or get a point. It was just one of those things.”

In addition to the absences due to injury, Platte County survived a few performances that fell surprisingly short of expectations. The Pirates let a few potentially key points slip away with senior Ben McDaniel ending up with a 15-5 major decision at 170, senior Blaine Keuhn battling illness while winning an 11-4 decision at 182 and sophomore Jake Fernandez ended up pinned in the final second of the second period at 220.

“There’s a couple of places where we needed to not get pinned or get falls where we didn’t,” Burress said. “But in the end, we got a good team effort, and we got it done.”

Platte County (5-0) trailed briefly early but eventually built a seemingly safe lead before hanging on by the slimmest of margins to stay unbeaten.

Opening at 126, Park Hill South gave up an initial forfeit but then took victories to by decision and major decision to grab a 7-6 advantage. The Pirates then had pins from freshman Darrell Smith and Jennings at 145 and 152 to create an 18-7 lead that would hold until the final match of the night.

Jennings trailed 7-0 in the second period and fought off a pin in a near-fall situation. He then reversed Mitchell Drumright to his back and scored the fall at 2 minutes, 59 seconds.

“It was a crazy match, and he did what he had to do to get the win,” said McDaniel, who twice has been one win from qualifying for state in his career as a third-year starter.

After a loss for Platte County by fall at 160, McDaniel took the mat at 170 up a weight from his projected spot against Taylor Zehr, who almost immediately went behind 7-0 but got a reversal near the end of the first period. McDaniel continued to dominate the action and appeared near a pin multiple times and possibly on the way to a technical fall.

Up 15-2, McDaniel gave up a late escape and takedown to end up with the major decision.

Keuhn, a two-time state qualifier and fifth-place medalist as a junior at 170, also went up a weight and looked dominant early in building a 6-1 lead before picking up a stall warning in the second period while on top and unable to turn Park Hill South’s Ashton Kuhn. Keuhn eventually scored a five-point move but not the pin to go ahead 11-1 before clearly tiring out.

Kuhn grabbed one more escape after starting the third period down and then kept the match to an 11-4 decision by picking up a stalling penalty point.

Platte County’s lead went to 31-13 after senior Jaydon Walls, a two-time state qualifier and third-place finisher a year ago, pinned Roger Guillory in the final second of the first period of the 195 match. The expected result left the Pirates with a known forfeit coming at 106 for sophomore returning state qualifier Caden Hulett and needing to avoid maximum points in one of four other matches to lock up the win.

Instead, Fernandez — a state qualifier at 182 as a freshman — never found his footing against Lucas Oitker at 220. Oitker led 6-3 when he put Fernandez to his back and won by fall to close the gap to 31-19.

“I knew Oitker was explosive, and he was a little more explosive than I thought he’d be,” Burress said.

With Brown out, Platte County freshman Kameron Doyle made his varsity debut bumping from JV 220 to 285. The Pirates also had inexperienced sophomore Justin Tiemeyer and junior Alexander Escaping-Fillmer at 113 and 120. All three ended up pinned to create the 37-37 tie.

With neither team having been assessed a penalty point, Platte County and Park Hill South were also tied on total wins and total number of falls and forfeits, forcing the result to go to the total number of opens.

“Obviously, would’ve wanted a bigger lead, a bigger win, but everyone did what they had to to win,” McDaniel said.

Platte County entered off of back-to-back tough weekend tournaments at the Council Bluffs Classic and KC Stampede, resulting in multiple injuries. The Pirates now don’t wrestle again until January 8 when they host Mid-Buchanan in an intriguing dual against the defending Class 1 state champions.