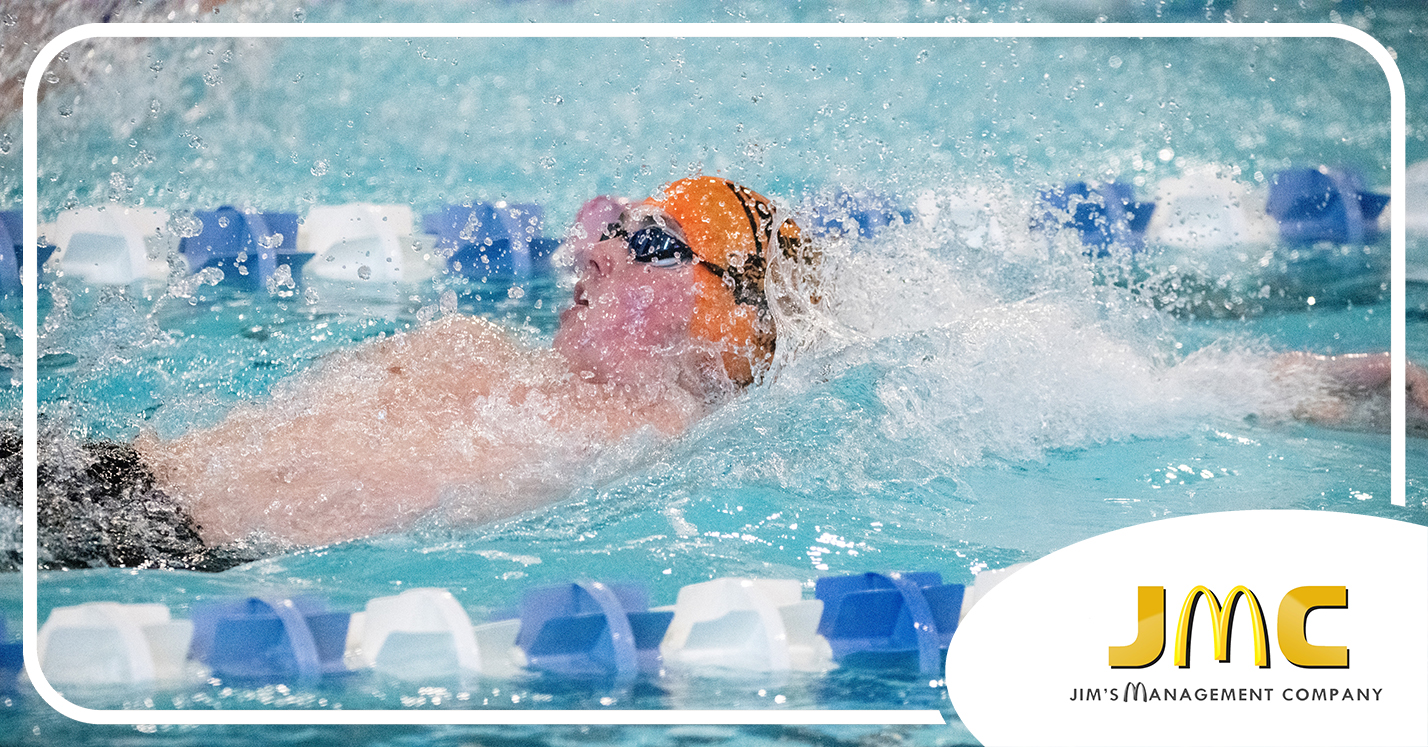 Even with the final margin in the team standings so close, there could be little debate about the overall effort.

Platte County senior Dylan Bietz overcame an injury scare to turn in the best performance of his career, freshman Palmer Keith claimed an individual title while bettering his own school record in the 200-yard individual medley and a slew of swimmers set season-low times in the two-day Suburban Conference Blue Division championships this past weekend in North Kansas City. The Pirates nearly did enough to unseat Kearney from the team title but came up just 11 points short.

Kearney totaled 512 to Platte County’s 501 in what predictably became a two-team race with Smithville well back in third at 307. The Pirates were looking to win the title for the first time since 2014 with Kearney winning each of the seven years since.

In the end, Platte County had at least one top-three medalist in all swimming events during two days of superlative performances that weren’t quite enough to reclaim the conference championship.

However, the team title chase appeared to be in jeopardy after Bietz sliced open his left heel on his first flip turn in the 400 freestyle relay Friday. He finished the race, but the injury required stitches. Despite the injury, Bietz came back and placed second in both the 50 freestyle (22.47) and 100 freestyle (50.02) in career-best times that improved his current standing in the Class 1 Missouri State Swimming and Diving Championships consideration time rankings.

Keith moved all the way up to 10th in the Class 1 rankings for the IM and dominated the final Saturday, finishing in 2:09.84 to beat second-place Lukas Zolynas of Smithville by nearly 10 full seconds. However, the highlight for Keith came in the preliminaries when he topped the entrants with a 2:02.54 that gave him the top seed for the finals and a a new school record time that vaulted him up the state board. He set the mark earlier this season at 2:03.50 and is now a second-faster than the existing mark prior to this season that Nathan Savage set in 2009 (2:03.62).

Previously, Keith’s best was 2:03.50, and he went on to post his third school record of an impressive debut season.

Keith also finished second in the 100-yard butterfly in a school-record time of 54.46, the 16th-best Class 1 time so far this season. He came in ahead of junior Platte County teammate Collin Burton (third, 57.37 after swimming slightly faster in preliminaries) and bettered the previous program-best mare of 54.90 Caden Delay set in 2017. Burton added a runnerup finish in the 200 freestyle at 1:56.12 after setting a season-best state consideration time in the preliminaries at 1:55.21 (46th in Class 1).

Platte County senior Christian Yocklin also hit a personal goal in memorable fashion. During the preliminaries for the 100 breaststroke, he not only went sub 1:08 for the first time but dropped his career-best to 1:04.81 with the No. 2 qualifying time. The mark also topped Keith for the lowest time for the Pirates in the event that season, bringing a celebratory punch of the fist from Yocklin as he saw the time displayed.

Yocklin went on to place third in the finals at 1:05.48, the second-best time of his career. That finish came after Yocklin came in fifth in the 50 freestyle with a state consideration time of 24.17, and Keith ended up making the same list in the event to complete his sweep of posting a qualifying time in all eight season events. His 23.24 mark came as the lead swimmer for the Pirates’ 200 freestyle relay, which also included Bietz, Burton and junior Carson Howe. The quartet set a season-best at 1:31.73 and improved their state consideration time, which now ranks ninth in Class 1.

In addition to Bietz, Howe hit his mark at 52.39 while placing fourth, while Keith again put up his time as the lead swimmer of the 400 freestyle relay with a leg of 50.78. The Pirates closed the meet in that event with a conference title in a season-best time of 3:26.35 (13th in Class 1). Beitz, Burton and freshman Deacon Gutshall rounded out the Pirates’ team in the longest relay.

Platte County’s 200 medley relay team of junior Gage Jonkman, Yocklin, Gutshall and Howe also finished second (1:47.94) with Kearney winning that race and the 200 freestyle relay. Jonkman added a pair of third-place individual finishes, posting a Tate time in the 500 freestyle (5:27.89) and improving his team-best time in the 100 backstroke to 59.46.

Gutshall finished second in front of Jonkman in the 500 freestyle at 5:17.99 and came in just behind of his same teammate in the 100 backstroke in a season-best 1:00.53. Jonkman and Gutshall both swam their current state consideration times in the backstroke during Friday’s preliminaries.

Other top-five finishers for Platte County included senior Douglas Wallace (fourth, 200 IM) and Howe (fifth, 100 backstroke). The Pirates had the third- through sixth-place finishers in the backstroke with junior Brody Corbin sixth behind Jonkman, Gutshall and Howe.