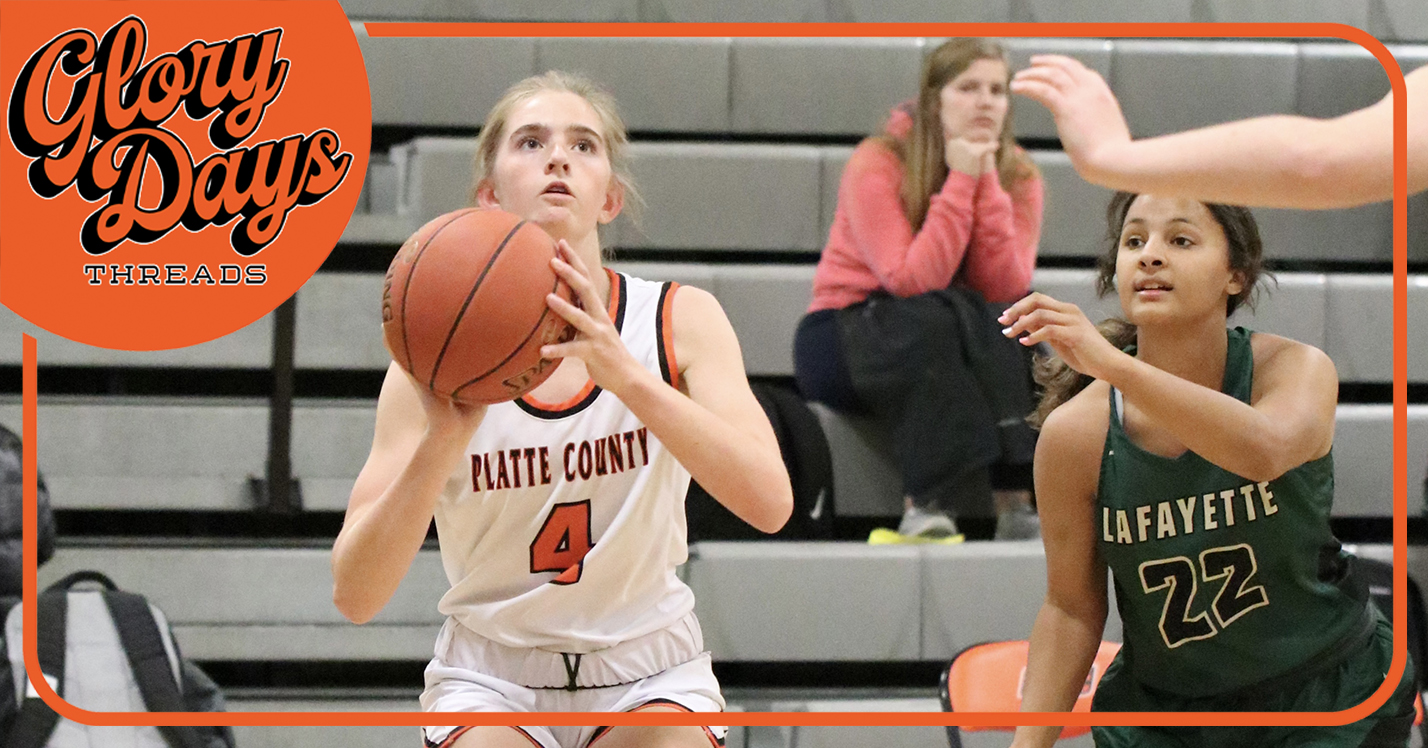 In a game filled with emphatic runs, Platte County surged to an early lead, extended the advantage back out after briefly falling behind in the third quarter but couldn’t quite finish off the final push.

Platte County (0-4) received a boost with the return of senior forward Kiersten Robbins and junior guard Reese Pickett in the starting lineup, while junior Mackenzie Shields was again available off the bench. The Pirates remained without sophomore point guard Lydia Doole after the quartet missed the previous two games due to COVID-19 protocols.

“We just struggle being confident in our abilities and what we’ve learned and translating that from practice to games,” Platte County coach Rebecca Mills said. “That’s something you get with a young team but also something you have to learn when you’re on the basketball court. You can’t not have confidence and win.”

Robbins scored a team-high 10 points in just her second game of the season for Platte County, while Pickett and Peterson added five apiece. However, the offense continued to struggle with consistency, and two prolonged droughts were the undoing.

After scoring just two points in the second quarter on a basket from Robbins, Platte County built a 21-16 with 8 minutes remaining.

Fort Osage immediately responded with a 10-0 run capped with one three 3-pointers to take their largest lead of the game. Peterson answered with a 3 for Platte County, and she scored four of her five in the fourth quarter to help give the Pirates a chance.

Up 30-29, Fort Osage missed the front end of a one-and-one with 35 seconds left but held strong on defense. The Indians missed another free throw with under 10 seconds left, and Paterson dashed the length of the court only for her potential game-winner to rim out.

Platte County bolted to an 11-0 lead with four points from Robbins plus the first of two field goals for Pickett and the lone basket for junior guard Morgan Stewart, who came off the bench after starting the first three games. Lauren Stone, a freshman coming off a career night, also added two free throws on her way to four points — all coming at the line.

Fort Osage closed within 11-5 after the first quarter and went into halftime down 13-12. A basket early in the third quarter gave the Indians’ their first lead but it would last long with Platte County junior Joslyn Hupp scoring all three of her points, and Robbins adding her last two buckets as part of a 8-2 run that set up the fourth quarter.

Platte County ended up finishing with just one 3-pointer while shooting 8 of 21 on free throws. The recent absences from key players have allowed freshmen Haley Barlow and Stone to receive additional playing time that could increased depth later in the season, but frustrations have started to add up for a team with five returning starters with high expectations.

“I told the girls at the beginning of the season one of my favorite things to do is play freshmen because they’re hungry. They have something to prove,” Mills said.

The Fighting Irish closed on a 9-1 run at the free throw line in a battle of two shorthanded teams Monday at Platte County High School.

Stone poured in a career-high 16 points, including three 3-pointers in the second half, but Platte County didn’t have more than eight points in any quarter. The Pirates fell behind early and were scoreless until Stone hit a jumper from the right baseline at the 4:49 mark of the first quarter.

Lafayette would go up 7-2 on a 3, and Stone’s three-point play account for the rest of Platte County’s offense in the opening 8 minutes.

Peterson and junior guard Abby Reynolds both hit 3s in the second quarter, as Platte County kept the game tight. Peterson had all five of her points before halftime, and Stone scored all for the Pirates in the third quarter.

Stone added a final 3 in the fourth quarter, and Hupp had all five of her points to account for the rest of Platte County’s offense in the fourth quarter. Hupp’s last basket made it 29-28, but Lafayette went 9 of 12 on free throws in the final 8 minutes to hold on and then pull away.

Only four players scored for Platte County with Robbins, Pickett, Doole and Shields all unavailable.

“One of our struggles all season has just been scoring,” Mills said. “If we can’t put 40 points on the board, we’re not going to be able to compete with a lot of teams we play. We got it within one and then just fell apart. I don’t know what happened, but something in the momentum changed and we didn’t react very well.”