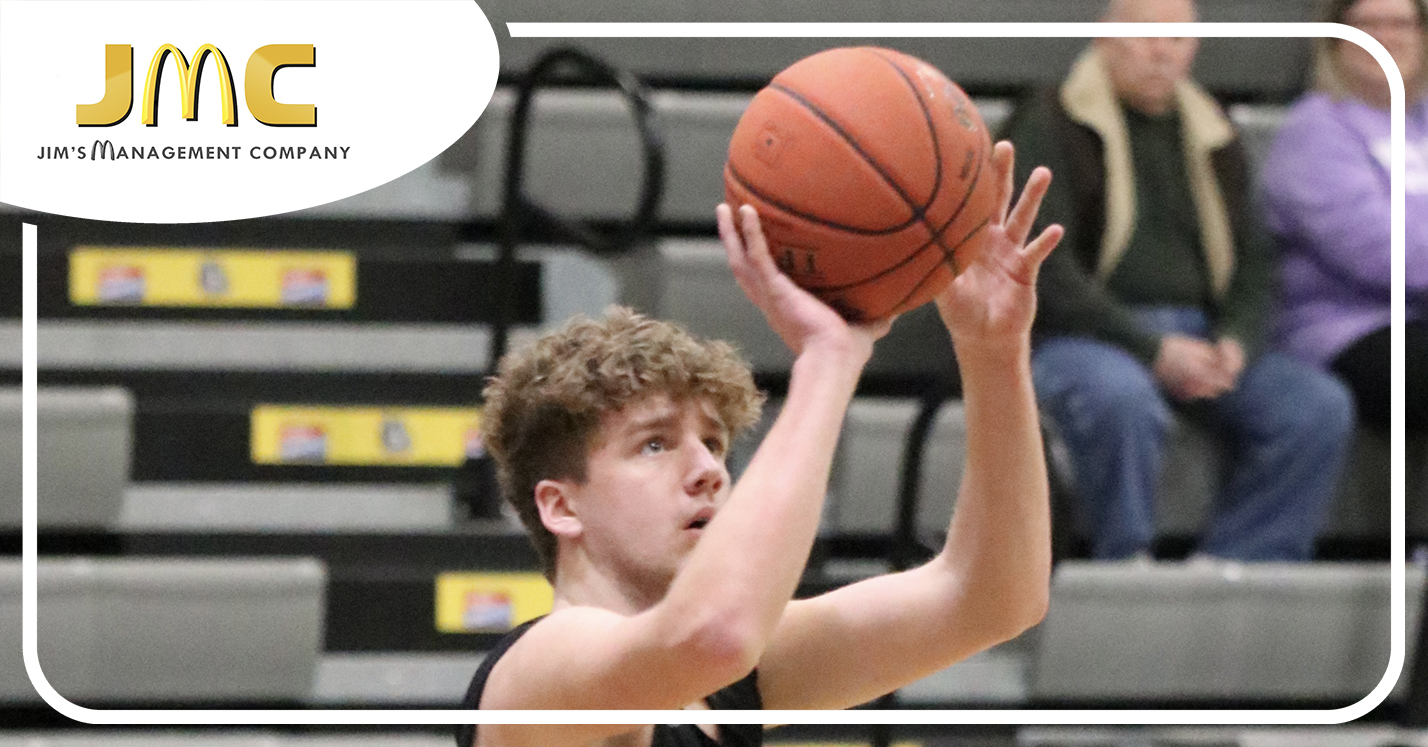 Chandavian Bradley stepped into the passing lane, tipped the ball forward and took off.

The crowd at Kearney High School knew. Platte County’s burgeoning junior star forward knew. And perhaps most importantly, Pirates coach Rick Hodge knew what was coming. Bradley threw down an emphatic one-handed dunk and then pointed to the sizable visiting student section to acknowledge the support.

Hodge immediately signaled for a timeout, knowing the finishing touches were put on what would end up a 60-40 blowout victory for Platte County over Kearney in a Suburban Conference Blue Division victory. The Pirates’ defense took over after a slow start on offense with Bradley scoring a game-high 17, and senior guard Jarett Mueller adding 15 and senior forward Brody Fulk putting up 10.

The late dunk allowed Hodge to empty the bench and enjoy the final few moments of a notable road victory.

“Every game is a concern for me,” Hodge said. “But the other thing I really liked is this is the first time we’ve beaten Kearney in this building. This is a tough place to play for us. Any time you can get a win in this conference let alone on the road, you are happy.”

Platte County (16-2, 7-1 Blue Division) held serve and then turned attention to a game taking place 15 minutes west on Highway 92 of importance to the conference race. Smithville held off Ruskin, which had been atop the standings since knocking off Platte County earlier this season. Now, the Pirates technically have a two-game lead on Ruskin, which dropped to 5-1, while Smithville looms right behind at 4-2.

With the final few weeks of the regular season approaching, Platte County will have home games vs. Ruskin and Smithville plus tricky matchups with Grandview and at Raytown South to navigate, but the Pirates now control their own destiny in the race.

“We just needed to come in here and take care of business,” Platte County junior guard Parker Amos said of how this win sets the Pirates up for the stretch run.

Uncharacteristically struggling with a young roster this season, Kearney (5-14, 2-6) provided an emotional hurdle for Platte County, having mostly dominated the series between the rivals until the past two seasons. The Pirates had already won the previous matchup between the two this season and now has taken four of the past six overall.

Kearney senior forward Ashton Holloway hit an early 3 and scored the Bulldogs’ first five points on the way to a team-high 13. They hit three triples in the first half to stay in contact but ultimately couldn’t match Platte County’s quick-scoring ability.

“We’ve been emphasizing defense a lot more with these guys lately,” Hodge said. “And early in the game, we weren’t hitting 3s, but it was the defense that kept us hanging around.”

Platte County trailed three times during a slow start to the first quarter with Mueller scoring the Pirates’ first two baskets on driving layups. Isaac Havemeier, a senior forward limited to just six points, added a bucket to give them a 6-5 lead, but Braxton Page answered with a 3 for Kearney.

Fulk’s first bucket tied the score at 8-8, and Amos hit the first of his two 3s to send Platte County into the second quarter with an 11-8 advantage. He’s become an integral part of a short bench for the Pirates that also includes senior guard Eli Nelson, junior guard Boston Wahlert and sophomore Judah Vignery. They generally only receive spot playing time and are tasked with providing quick sparks while providing valuable breathers for a dynamic starting five.

“I’m feeling more comfortable,” Amos said. “At the beginning, it was a little rough, but now, it’s coming a little more natural to me.”

Mueller continued to mostly bypass his outside shooting and find lanes to the basket, scoring four more in the second quarter. Fulk and Bradley added 3s, and the Pirates went on a pair of big runs to start to pull away.

The first was an 8-0 spurt for Platte County that included a three-point play from Nelson on a hard-earned second-chance basket plus the first five points for Bradley. Fulk’s 3 made it 24-14 with 1 minute 48 seconds left before halftime, forcing Kearney into a second timeout. The Bulldogs immediately answered with a 3 from Casey Raney, but the Pirates answered with a 6-0 run to go into the break up 30-17.

Platte County continued to maintain a double-digit lead from there with timely offense.

Mueller hit a pair of 3s in the second half, the first coming on a four-point possession that included a split of free throws from Havemeier and an offensive rebound. Bradley made 6 of 10 free throws and added a pair of dunks, the first on a pick-and-roll inbounds play that resulted in a emphatic two-handed flush, and Amos had his second 3 in the third quarter to push the advantage to 44-24.

Havemeier and Vignery added 3s in the fourth quarter in what ended up a balanced effort behind the three double-digit scorers. Platte County senior guard Jace Trimble went scoreless, and the Pirates were patient in grinding their way to an eventual blowout. They finished with eight 3-pointers and attempted 18 free throws.

The only real negative ended up being eight misses at the line and relying heavily on the pressure defense to just 24 points through three quarters. Outside of Holloway, no player for the Bulldogs had more than five points.

Despite a pair of offensively challenged victories, Platte County goes into Tuesday’s conference road game at Raytown South on an eight-game win streak. The Pirates then have a road game at St. Joseph Lafayette before three straight home games that will decide the Blue Division race.

Platte County looks for at least a share of the crown for a second straight year after splitting with Ruskin a year ago. The Pirates 20-6 campaign in 2020-21 familiarly ended with a loss to Kearney in the Class 5 District 16 title game, and they lost five key seniors from a deep roster.

However, a talented core, which includes a slew of first-year contributors plus rapidly developed contributions from Bradley, has Platte County staring at another potential 20-win season. The Pirates will deal with a loaded Class 5 District 8 field with eight solid teams after the state revamped the postseason setup from a year ago but have shown the potential to make a push for an elusive playoff return.

“I’m very happy with the development,” Hodge said. “I think these kids have worked hard since June 1st when we began. You can see the development; you can see the improvement out of these guys. As a coach, you are happy for them because if they’re going to put in that type of time from the beginning of June all the way through now, you want to see kids have success. You want to see their hard work pay off.”

The Pirates pulled away with a dominant second half to start the week with another conference win over Winnetonka on Tuesday at Platte County High School.

Bradley led five double-digit scorers for Platte County with 21 points, scoring 13 in the first half. However, Winnetonka went into the break down 41-28 thanks to a strong second quarter with Mueller (11 points) limited to just two field goals, including his only 3-pointer, before halftime. The Griffins would score just 10 points in each of the final two quarters and ended up facing a running clock late.

Trimble scored all 17 of his points after the first quarter, while Fulk added 11. Vignery hit two of the Pirates’ six 3-pointers on his way to 10 points off the bench.

Platte County hit five triples in the first half and made 35 shots from the floor total while again struggling on free throws (5-for-11). Bradley’s big game continued his run of strong play, having scored in double figures in 10 fo 11 games since the start of January.