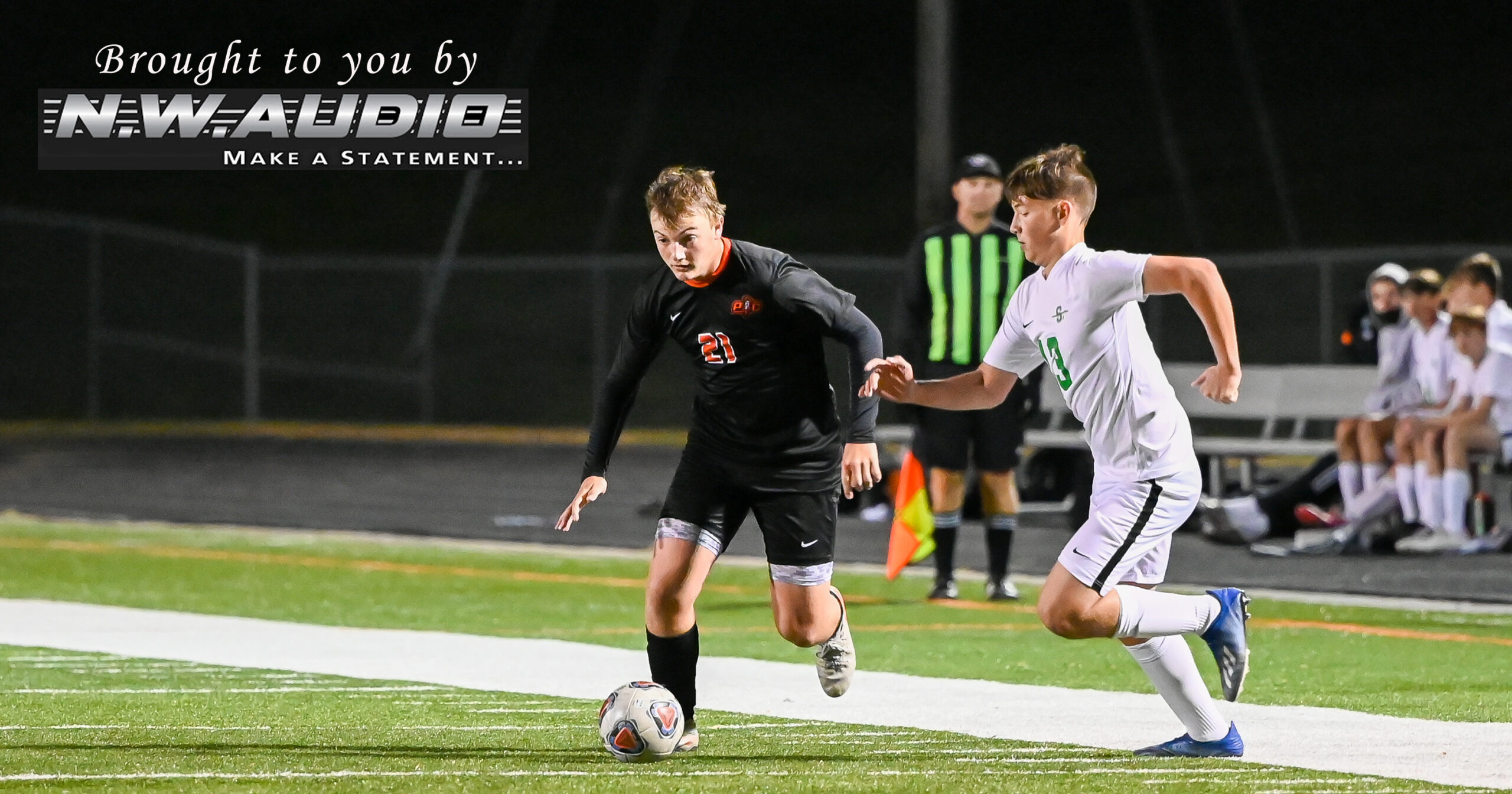 One mistake and one precision finish were enough to doom Platte County to a difficult loss that closed an highly stressful week of Suburban Conference Blue Division matches.

Smithville senior forward Wesley Pryor picked up a turnover in midfield and sprinted toward goal, eventually sending a right-footed shot from the right side of the box to beat diving Platte County goalkeeper Patrick Sullivan in the 64th minute. The lone marker proved enough for a 1-0 victory on Thursday at Pirate Stadium.

Even in dominant years, Platte County regularly experiences difficulty with its chief feisty rival, and this matchup proved no different.

“A season when normally have three games in a week. That’s the norm,” Platte County coach Ashlyn Brantley said. “Two games in a week isn’t really that much it seems these days, so yes, we have to physically fit for it and mentally ready for it, as well.”

Platte County lost its season-opener before rolling off a six-game winning streak. Now the Pirates have lost three of the past four with a road match at Ruskin on Tuesday before hosting Grandview on Thursday.

Coming off of a Class 3 state championship game appearance, Platte County continues the need to remain patient to create chances but also have a strong conversion rate with fewer dynamic offensive options in this year’s lineup. The Pirates dominated the scoring opportunities against Smithville but couldn’t convert despite a lengthy list of close calls in the second half.

“We’ve always had the mindset of possession and wanting to keep the ball and move it around,” Brantley said. “Yes, in the past, we’ve had those players that can be more direct and get in behind quickly, so yes, these guys have to reframe their minds to do that. I mean, we’ve been doing it for a while; we just have to do it on a more consistent basis.

“And then when we’re down there, we have to finish. Right now, we’re not finishing.”

The two teams went into halftime scoreless with few clear scoring chances in the first 40 minutes, and Platte County’s experienced back line holdings strong. The closest call came in the 12th minute when Pirates junior center defender Isaac Havemeier sent a left-footed free kick from 37 yards out on the right into the box, but senior Kenny Loy couldn’t steer a difficult left-footed volley on target.

Platte County then dominated play in the early part of the second half.

In the 47th minute, Platte County senior defender Joey Habel found himself free in the box but couldn’t bring the ball down off his chest to get a shot off. A corner resulting from Smithville’s last-ditch corner came to nothing.

Five minutes later, Pryor produced a right-footed shot from 20 yards out against the run of play, but it was comfortable for Sullivan, who made two saves in limited opportunities.

In the 57th minute, Platte County senior midfielder Luke Bunge hit a one-time shot from about 37 yards out, and Smithville’s goalkeeper attempted to tip the ball over the bar only for it to hit off the bar and fall back into his hands. The fortunate save kept the game level.

“Especially in games like this when it’s intense anyway, goals like that would’ve been great to make it that much better and more memorable,” Brantley said.

Smithville then made the most of its most clear-cut chance. Pryor dribbled toward his right before sending the shot back across the face of the goal for the 1-0 lead in the 64th minute.

Platte County’s best chance at an equalizer came when junior forward Palmer Boekhout sent a cross in that found freshman reserve forward AJ Schrick in the middle of the box. However, his outside of the foot volley chipped over the goal in the 72nd minute, and time ran out on the Pirates.

“Whether we are 5 yards out or 10 yards away and the goal is open, yes, we want to be able to place those and put them right in. Those should be a given,” Brantley said. “We’ve got to make sure we’re finishing. We’re creating all those opportunities; we have to finish at least one. Smithville didn’t have too many tonight, and they finished one and that’s all it took.”

Platte County entered the Smithville game off of a shootout victory in Blue Division play over Kearney.

The match was scoreless through regulation and the two 10-minute overtime periods. The teams were tied 4-4 after the first set of five penalty kicks, but Platte County eventually prevailed 6-5.

It marked the second penalty shootout for Platte County in a span of three games. The Pirates went 0-2 the previous week in a Panther Classic field reduced to four teams this season. They lost in penalty kicks to Park Hill South in its pool match Monday and then lost a 2-0 lead and the third-place match to North Kansas City on Wednesday.

Against North Kansas City, Platte County had early goals from and Loy, but went into halftime tied 2-2. North Kansas City took the lead for good early in the second half, and the Pirates were unable to level and force overtime.

Platte County did manage to reach overtime against Park Hill South two nights earlier. The Pirates also held a lead in that one at 1-0 after an early second half goal, but the hosts evened the score. The two teams went scoreless in two halves of overtime play before the Panthers won the shootout 4-2.