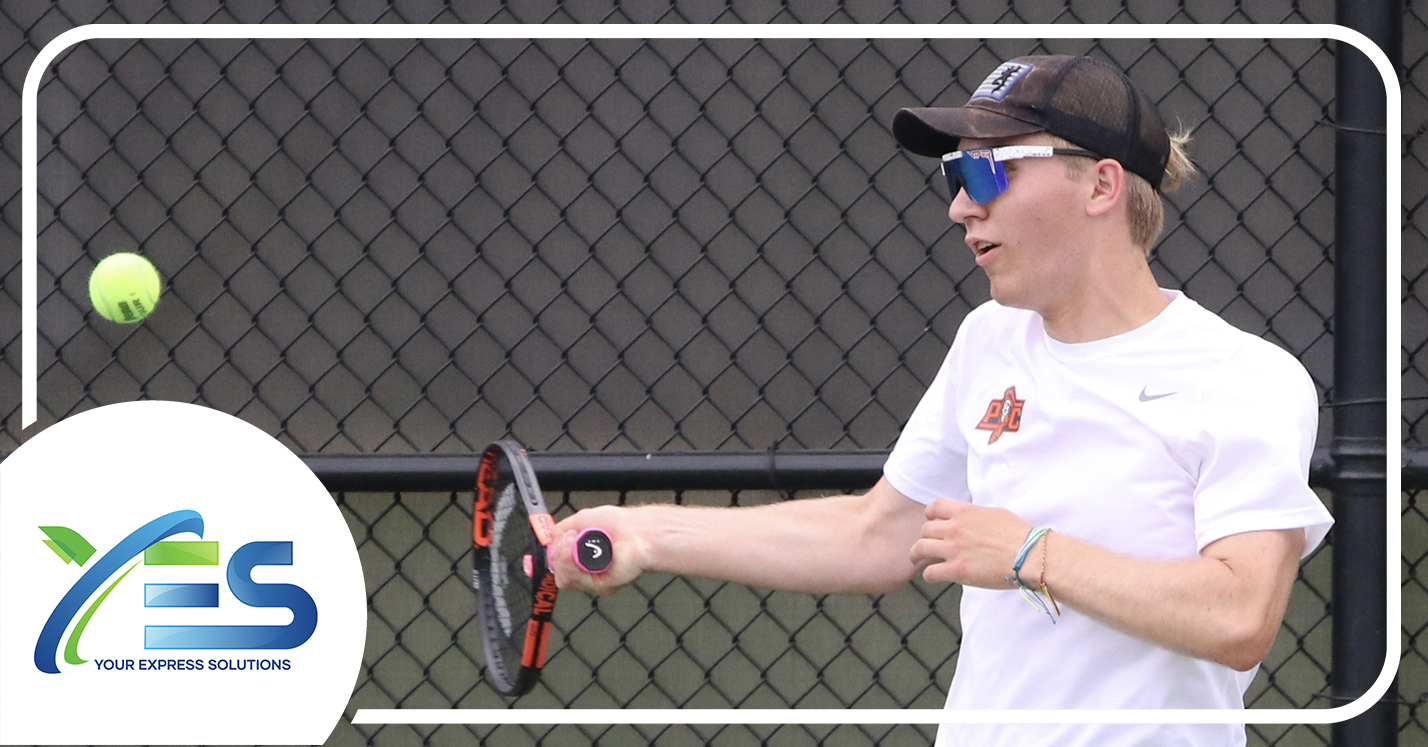 Platte County loses battle for district top seed, shows why a rematch could be different

The comeback fell short, and the chance at the Class 2 District 8 top seed slipped away on an absurdly windy Friday afternoon.

However, Platte County showed the formula — and potential — to make a postseason run even in a 5-4 loss to visiting Grain Valley at Platte County High School. The Eagles took a 2-1 lead out of doubles and closed out the first two singles matches, but results were tight start to finish between the top two teams out of seven grouped in District 8.

A year earlier, Platte County defeated both Grain Valley and Kearney in close matchups to take the No. 1 seed but eventually lost to Kearney in the district finals. The Pirates continue to seek the first playoff appearance in program history and will likely need to win a rematch on the road, hopefully in more optimal weather conditions.

“We have been really focusing on optimizing our performance on the court in critical moments, and I really believe we are trending in the right direction with that part of our growth as a team,” Platte County coach Zach Keith said. “We have plenty of work to do, but we had multiple guys who stepped up and played great at big moments today.”

Platte County will point to a pair of disappointing matches that could have easily swung the outcome.

Starting at doubles, Grain Valley’s Ethan Miller and Isaac Burd came back from a 7-4 deficit for an improbable 9-8 (7-1) victory, forcing and then dominating a tiebreaker, at No. 2 doubles over Pirates senior Austin Vanek and junior Nathan Vanek. The result ultimately canceled out with an impressive effort from sophomore Gavin Nichols and junior Jack Forrest at No. 1.

Grain Valley still held the slim advantage in singles, and Carter Compton prevailed in a tiebreaker over Nichols at No. 1 in a hotly contested and well-played matchup. Shortly after, Platte County freshman Jack Bralley lost in straight sets at No. 5, putting the Pirates in a position to need to win the final four matches to prevail.

Platte County nearly pulled off the feat thanks to hard-fought victories for Forrest (No. 2), Austin Vanek (No. 3) and senior Shane Duggan (No. 6), two of them in tiebreakers. While Austin Vanek took his match in straight sets (6-0, 6-2), Duggan opened with a 6-2 win in the first set but lost the second 6-4 only to come back and win the tiebreaker 10-7. Forrest lost the opening set 7-5, won the second 6-2 and then held on for a 10-8 tiebreaker.

Still, Grain Valley now takes the No. 1 seed into Class 2 District 8 play, but all is not lost for Platte County.

“Our team has plenty of opportunities to get better in the next two weeks before could see them again,” Keith said, “so it’s our job as coaches to help the guys identify the things we need to focus on between now and then in order to give us the best chance to beat them in team districts.”

In all, half of the singles matches and one in doubles went to tiebreakers, showing how close the two teams appear to be at this point.

“I really love playing Grain Valley,” Keith said, “because the atmosphere of these matches reminds me of a college tennis dual in the sense the matches are always so close from top to bottom and the overall outcome is typically in question almost until the very end. Those matches are really fun to play in and coach.”

Entering the season, Platte County returned only two starters from a year ago with Nichols — the first singles qualifier and state medalist (seventh) in program history — the clear No. 1, while Austin Vanek has experience at Nos. 1, 2 and 3 in only his second season on varsity. The rest of the lineup has been consistent with Forrest jumping all the way up to No. 2 and holding the spot for the Pirates, and Nathan Vanek, Bralley and Duggan have been a formidable back half of the top six.

The Pirates improved to 3-0 in Suburban Conference Blue Division play with a lightning-shortened sweep Thursday at Winnetonka High School in Kansas City.

Nichols led 6-5 at No. 1 singles when play was halted and ultimately canceled. He teamed with Forrest at No. 1 doubles for the tightest of three wins (8-5) to open the dual, while Bradley and Duggan were 8-0 shutout winners at No. 3 and the Vanek brothers prevailed 8-1 at No. 2.

Platte County quickly wrapped up the dual victory with a quintet of dominant wins in singles, including an 8-0 shutout for Bradley at No. 5. Austin Vanek prevailed 8-1 at No. 3 while Forrest (No. 2), Nathan Vanek (No. 4) and Duggan (No. 6) all won by an 8-2 score.

The Pirates swept all nine matches by a score of 8-0 in Tuesday’s Blue Division matchup at Platte County High School.