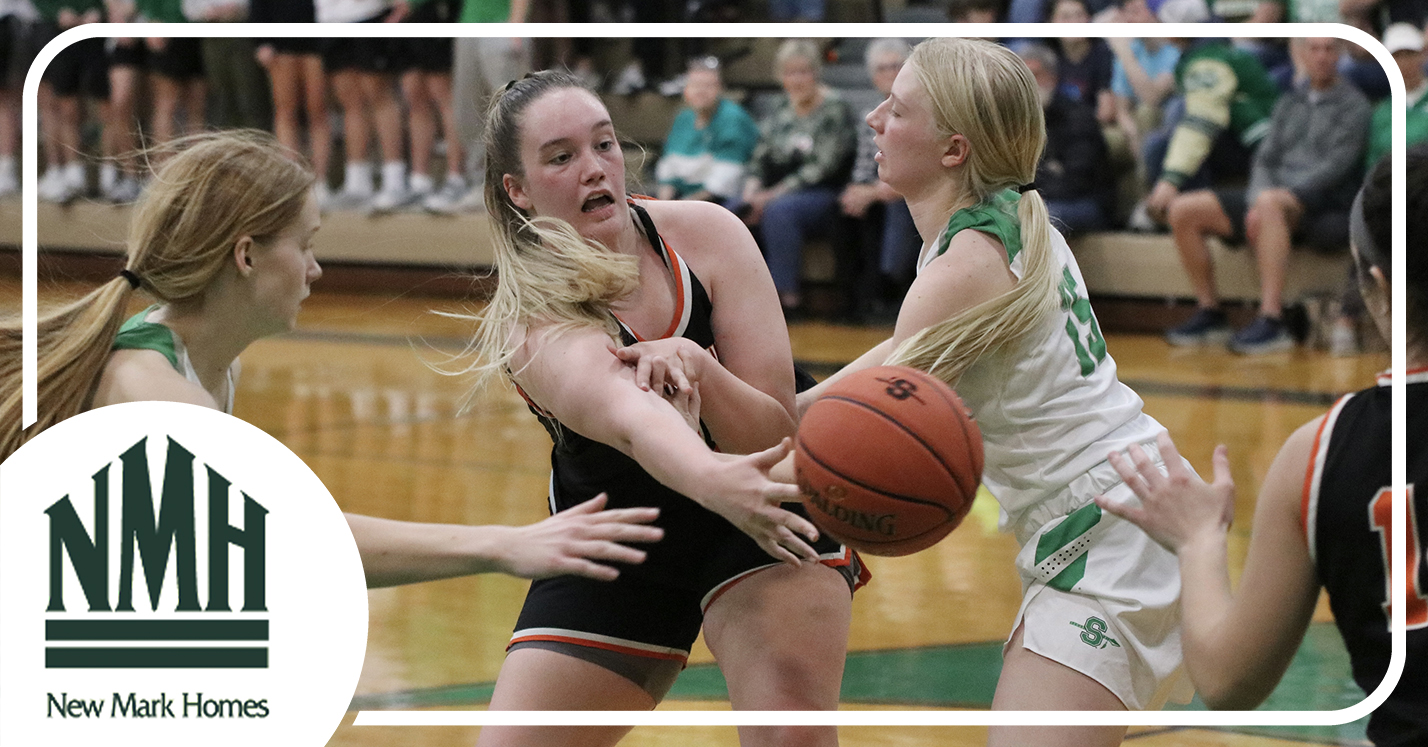 Platte County looking for fresh start as No. 4 seed in Class 5 District 8

The task won’t be easy, but Platte County enters the postseason aware of the path ahead. The Pirates won just one of their final five games of the regular season, closing with a 70-30 loss Wednesday night to Grandview at Platte County High School.

Still, Platte County goes into the Class 5 District 8 tournament as the No. 4 seed, having played competitively with top-seeded Smithville twice and owning a win over third-seeded Kearney.

Almost a month earlier, Platte County sat at 7-10 overall entering the final stretch of regular season games. The Pirates were in position to make a push in the Suburban Conference Blue Division but lost four of the next five, including three of four in league play.

Despite the struggles, Platte County went into the game against Grandview with a chance to pull a .500 record in conference play but fell behind big early and never recovered. The Bulldogs scored 20 or more in each of the first three quarters and put the 30-point running clock into effect for the final 8 minutes.

Platte County senior Amaira Peterson and sophomore point guard scored a team-high eight points apiece. They both had a 3-pointer in the first quarter to keep the Pirates within two, but they added just four points total in the second quarter and went into halftime down 41-14.

The Grandview game was originally scheduled for the previous Thursday but ended up postponed due to inclement weather and ultimately replaced a scheduled non conference game with Pembroke Hill.

The Pirates cut a nearly game-long double-digit deficit to nine twice in the second half Monday in Smithville but never recovered from a slow start on offense.

Doole drained a 3 late in the fourth quarter for her only basket of the night to pull Platte County within 33-24 with 8 minutes left in regulation, but the Pirates went the first 4 minutes of the fourth quarter without a field goal. Smithville used the opportunity to push the lead back to 16.

Platte County junior Morgan Stewart, who finished with a team-high 11 points, hit her second 3 with 1 minute, 14 seconds left to make it 42-31, and Peterson’s 3 with 30.5 seconds left made it 43-34. The Pirates took a timeout, hoping to start a chaos with defense but gave up the final two points and didn’t score again.

In the first quarter, Platte County went more than 4 minutes without scoring but only trailed 7-2 after senior forward Kiersten Robbins fed junior forward Joslyn Hupp for a layup for the Pirates’ first points. However, Smithville senior Kenzie Moes and freshman Peyton Wohlford hit two 3s apiece as the lead quickly ballooned to 15-3 and 18-5 going to the second quarter.

Hupp scored four of her nine points in the first quarter, but Stewart provided a spark off the bench in the second. She hit back-to-back buckets, including a slick step-back 3 from the top of the key, to pull Platte County within 20-10, and Peterson, who totaled eight points, hit the first of her two 3s to make it 20-13.

After going more than 4 minutes without scoring, Smithville received two more 3s from Moes, who had a game-high 14, before halftime to go in to halftime up 28-18. The deficit could have been bigger if not for Stewart hitting all three free throws after drawing a foul on a 3-point shot from the left wing late in the second quarter.

Platte County would score five unanswered to close the third quarter on Doole’s 3, only for the momentum to not carry over. Smithville pulled the season sweep in the conference matchups with the Pirates and locked up the outright Blue Division title in the process.

The Pirates’ lone win of the closing stretch of the season came last Tuesday at Ruskin in Blue Division play.

Hupp tied her season-high with 18 points, 12 in the first quarter alone, to finish in double-figures for a third straight game. Robbins added all nine of her points in the next two quarters with Platte County’s top scoring duo 29 of the Pirates’ first 33 points.

Ruskin hit three 3-pointers in the third quarter to make a small run, but Platte County limited the Eagles to just three points in the fourth quarter to ensure a season sweep of the two-game series.

The victory came off of back-to-back losses the previous week.

Raytown South senior Ja’Cole Johnson had a game-high 24 points in the first of those two games, a 53-41 victory for the Cardinals in Raytown. Hupp totaled 15 points for Platte County, and Robbins added eight for Platte County, which made just 2 of 12 3-pointers and committed 22 turnovers against a pressure defense.

Two days later, Platte County lost 34-32 in overtime on the road at Class 6 Lee’s Summit in a game rescheduled due to a postponement earlier in the season. Hupp originally set her season-high at 18 points, accounting for more than half of the Pirates’ offense in a frustrating loss, while junior guard Reese Pickett added eight.

Only four players total scored for Platte County, which didn’t hit a 3-pointer in the game and shot 28 percent overall.