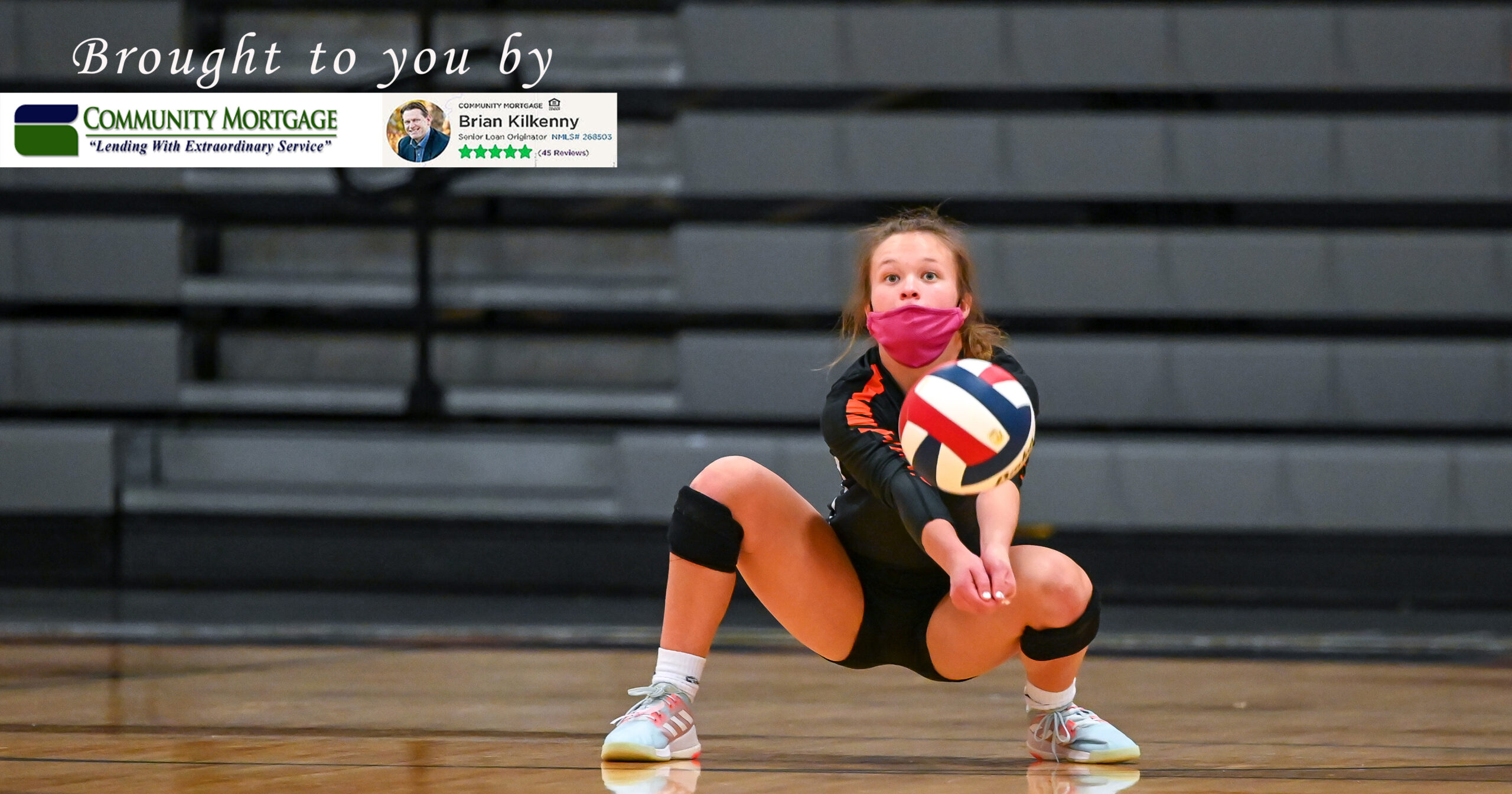 Platte County opened another busy week with a three-set win at Smithville that all but assured an outright Suburban Conference Blue Division title and then kept a lengthy unbeaten streak going with two more sweeps.

conference matches. The Pirates ended the week at 11-0 in Blue Division matches and needing only to beat Ruskin in the regular season finale to finish undefeated.

So far this year, Platte County’s only two Blue Division wins have gone more than three sets and both were four-set wins over Kearney. The Pirates are seeking a second straight undefeated Blue Division championship and have not lost a conference match since September 27, 2018 — a streak of 28 straight wins.

Smithville appeared to be the last opponent with a shot to be a spoiler.

Platte County junior Emerson Walter continued to lead the way in assists with 19, while McGehe finished with 17 in the Pirates’ two-setter system.

The defense was also solid for Platte County with senior Haley Luna recording four blocks to go with her six kills from a middle blocker spot. Anderson had a team-high 19 digs.

The Pirates took a break from Blue Division play Wednesday with a 25-16, 25-23, 25-19 sweep in a game rescheduled from earlier in the season.

Walter recorded 23 assists with McGehe (11 kills) and Anderson (10) the top recipients. McGehe added 14 assists, while Anderson had 11 digs — second only to Firkins (14) on defense.

The Pirates were back in Blue Division play Thursday with a 25-8, 25-12, 25-11 conference win that put them one match away from a second straight undefeated run through conference.

McGehe, Anderson and Hunter all finished with eight kills, while Brown added five and Luna and sophomore Karysn Stehlik four apiece in a balanced effort for Platte County. Walter had six of the Pirates’ six service aces, and Brown and Hunter pitched in three apiece.

Platte County has now won 15 straight on the season and is unbeaten in its past 21 entering a Monday showdown with Liberty.