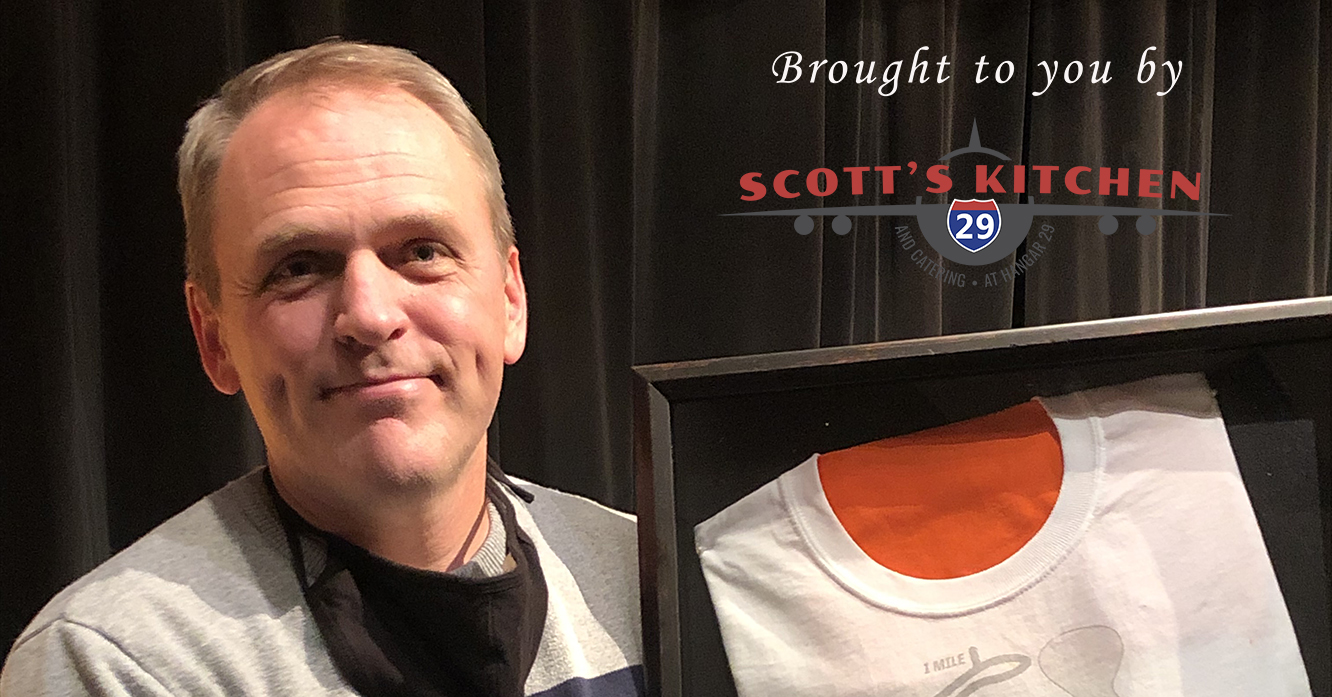 The night before the final meet for coach Chris Stubbs, Platte County runners and assistant coaches planned a surprise.

Stubbs started to address the Class 4 Missouri State Cross County Championships teams at the hotel in Columbia, Mo. He didn’t catch on at first despite each one of the state qualifiers wearing a white T-shirt with his face on it and one of his best known catchphrases, “Dollar Bills,” in orange lettering.

Platte County assistant coaches Courtland Ingram and Liz Hurst played a big role in the gesture, which was meant as a sign of appreciation for all of Stubbs’ work. He will retire from teaching and head coaching duties after this school year — his 24th with the Pirates.

“We were all in the room for the team meeting, and he didn’t even notice,” Platte County senior Ryanne Rhude said. “Then he was like, ‘Oh my God’ because his face was on our shirts. We did it for him. Even though he doesn’t want us to say that, we did it for him.”

As much as the surprise meant, Platte County’s coaches and administration topped the moment during this week’s end-of-year cross country team banquet. Stubbs spent time coaching track and field and boys and girls basketball, but his impact on Pirates athletics might be best encapsulated by his work in 5k runs.

Platte County became a consistent postseason factor in cross country, growing from a program with a handful of competitors to among the elite in the Kansas City metro region. For that reason, the cross country team’s annual home meet, which Stubbs started, will be known as the Judge “Chris” Stubbs Invitational beginning in 2021.

At the banquet, Platte County assistant coaches presented him with another T-shirt, this one a mock up of the commemorative shirt for the race which now bears his name.

“I was shocked. It was overwhelming,” Stubbs said. “This was truly something I did not expect, but I’m beyond honored. I started that meet because I wanted our kids to have a home meet.”

Stubbs actually began his coaching career in the Platte County R-III School District as intramural football coach at Barry Middle School while doing his student teaching. After a couple of years in Lathrop, he came back to Platte County High School to be the head cross country and track and field coach, along with assistant boys basketball duties.

In 2004, Stubbs stepped down as head track coach and picked up girls basketball, and he accumulated a record of 210-180 in 15 years, including winning a Class 4 championship in the 2008-2009 season. He gave up those duties after the 2018-2019 season with the graduation of his daughter Jaycie Stubbs.

Stubbs has been back as an assistant track and field coach, working with high jumpers for nearly a decade, but cross country was the final love he held on to at Platte County. His connection to basketball helped inspire his occasional mention to cross country runners: “Dollar Bills.”

“It was my mantra. When you shoot free throws, you gotta say something, ‘Dollar bills; it’s in,’” Stubbs said. “I tell (my runners) all the time, it is like putting money in the bank with a hard workout. You take it out later on when they get to race; they get to take out a dollar bill or so (and cash in that hard work).”

A lot of hard work in coaching the cross country teams paid off for Stubbs in his final go-round this year.

In 2014, Platte County moved up to Class 4 for its postseason assignments regularly competing against the biggest schools in the state. The Pirates continued to excel with their fastest teams in program history with school-record holders Rebekah Geddes and Nathan Straubel passing through without running for state qualifying teams despite their individual successes.

The Missouri State High School Activities Association approved the addition of an extra class, and Platte County remained in Class 4, making the Pirates one of the larger schools in that classification and in a strong position to compete for state spots. The Pirates boys won the Class 4 District 8 title and advanced to state for the first time since 2013, while the girls placed third but qualified five individuals for state, allowing them to also post a team score for the first time since 2010 and the 10th overall.

Both teams placed eighth at state in the final team standings.

At the banquet this week, Stubbs told the runners he felt “complete” thanks to the finishes and how blessed he was to go out with such a talented, hard-working senior class. There were no regrets about his retirement plans.

“When this class came in as freshmen, I knew they would accomplish a lot, and I thought it would be good to go out with them,” said Stubbs, adding that there’s a lot of young talent that will be in good hands with Ingram and Hurst, who ran for Stubbs at Platte County in the early 2000s before joining his staff this season, in coming years.

Stubbs endured the transition of leaving a head coaching spot before. In his last year as the girls basketball coach, he picked up his 200th career win, and Jaycie later scored her 1,000th career point that season.

This year, with the uncertainty with COVID-19, Stubbs spent most of the time not knowing if there would be another meet after the one they were currently running. The season trekked along, and even with a few quarantines on the team, there were no major interruptions.

Platte County seniors Maddie Klippenstein and Rhude mentioned the money in the bank phrase at the conclusion of the Class 4 girls race, just one influential part of Stubbs’ coaching.

“I’m so glad we got to finish with him; it is awesome,” Klippenstein said.. “I can’t think of a better set of coaches than what we have. Coach Hurst, it was her first year; it was amazing, and she ran almost every single workout with us. Coach Ingram talks to me and helps me with working out even when I’m not running season, when I’m in swim season; he is not even my coach and helps.

“Coach Stubbs is like our team dad. It is awesome. I seriously can’t thank him enough. It isn’t even the exercise part, they make us better humans — I think in the classroom and in general. I use the lessons I learn in cross country all the time.”

Platte County senior Blake Bjustrom served as the No. 1 runner for the boys season, and in addition to the district title, the Pirates also earned a temporary first-place finish in the Suburban Conference Blue Division meet before an error led to an unexpected disqualification. He placed 35th at state, the best individual showing on either team this year, in what was the final race for Stubbs, who took a few minutes to walk by himself away from the finish line to gather his thoughts.

Those same emotions, the finality of it, wasn’t lost on his young athletes.

“I have mixed emotions,” said Bjustrom, the boys first individual district champion since 2003. “I was really honored to have run for a coach like him. He is one of the best, and you couldn’t ask for anyone better. But at the same time, it is sad to see him go. He will always be involved in this program in some way after so many years but for it being his last year, it is sad to see him go.”

Knowing state would be his last race as a head coach, Stubbs expected the team to pull some sort of stunt. The T-shirts ended up being the choice with enough printed up for all who traveled to Columbia, and a few extra — one for him and his daughter Jaycie, now a student and member of the track and field team at South Dakota School of Mines & Technology.

Stubbs noted Jaycie must be responsible for the posed, “finger guns” picture of him on the shirts, which was uncovered on social media.

“I’m not sure I will wear a shirt with my own face on it, not really my personality,” Stubbs said with a chuckle.

Perhaps one bearing the name Judge “Chris” Stubbs Invitational might find more time out of the closet. Embarrassing selfies and family photos fade away, but Platte County’s home meet will be branded with his footprints for years to come.