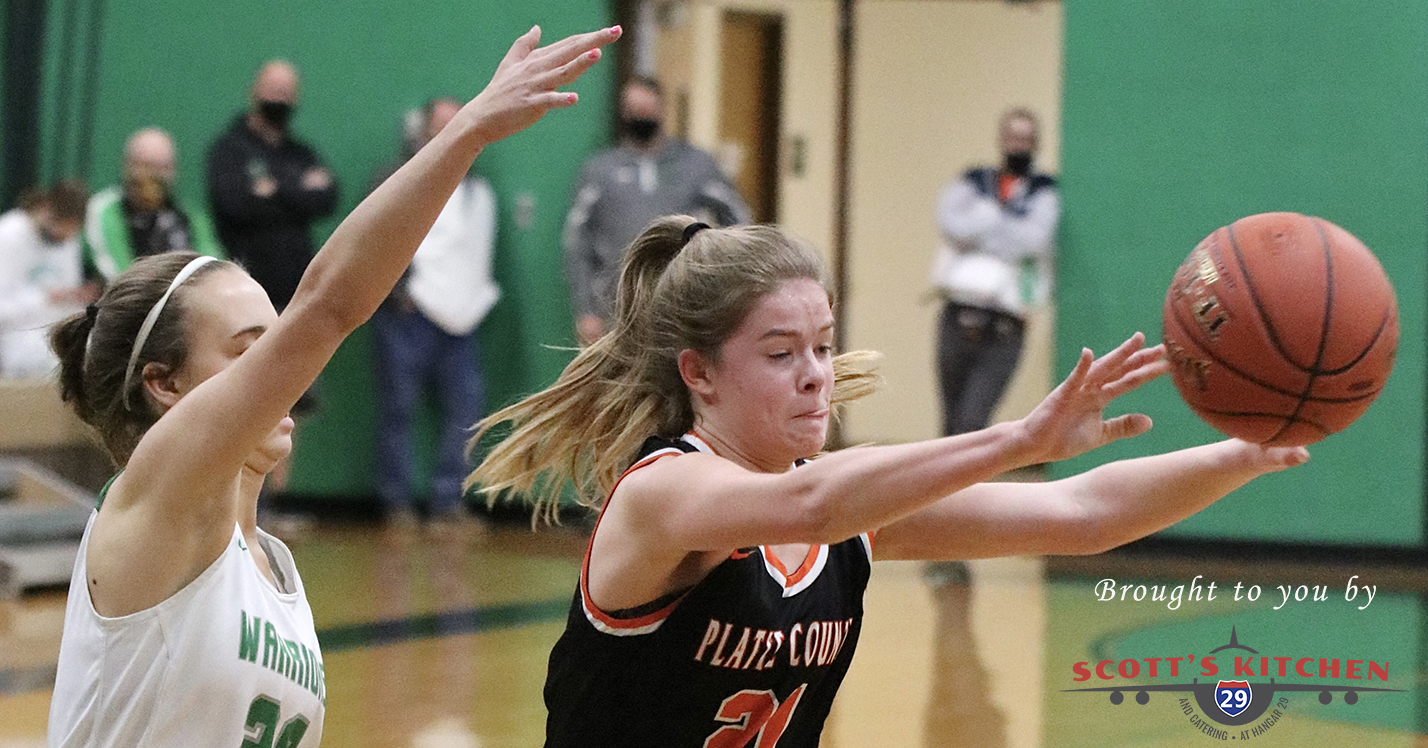 SMITHVILLE, Mo. — For three quarters, an again shorthanded and youthful Platte County roster scrapped and clawed against the No. 10-ranked team in Class 5.

Smithville ended up recovering from a rough start and pulled away for a 47-31 win Thursday at Smithville High School. Platte County made just two field goals in the second half and played only six players with sophomore guard Reese Pickett still out of action.

Platte County dropped to 7-6 overall but still owns four wins in its past six entering another week of Suburban Conference Blue Division basketball.

“We’re fighting,” Platte County coach Becca Strobbe said. “Obviously, we’re tired. If you’ve noticed, we’ve been pressing, too, lately, so that drains the girls of all their energy. Smithville is just a disciplined, well-coached team. They were missing a couple of their starters today, so we just have to make sure when we play them next time that we’re prepared on offense. That’s been our struggle all year — scoring.”

Platte County junior forward Kiersten Robbins continued her run of strong play with a 10 points, while sophomore guard Morgan Stewart added 10 more off the bench. Beyond the top-scoring duo, the Pirates struggled to find consistent offense without Pickett’s creative presence on the perimeter.

Smithville’s lead dwindled to one possession multiple times in the third quarter, but a pair of late 3-pointers from Kenzie Moes made it 33-27 entering the final 8 minutes. The Warriors then added a pair of three-point plays early in the fourth quarter to open their first double-digit lead.

Platte County managed just four free throws in the fourth quarter, and Smithville held the Pirates to just nine points total in the second half.

“Youthfulness is what I’d blame more than fatigue,” Strobbe said. “Our whole offense was rushed, and I think the girls could feel it. They’re still young to know how to react to that or what to change in order to slow down and not turn the ball over so much.”

Platte County jumped to a 4-2 lead on second-chance baskets from Robbins and junior forward Amaira Peterson, who finished with five points. Robbins had six points in the first quarter, and Stewart keyed an 8-0 run with both of her 3-pointers that put the Pirates ahead 12-6 with 1 minute, 56 seconds left in the first quarter.

Smithville made a key push late and led 17-14 entering the second quarter, and Platte County would not lead again. The Warriors hit three 3-pointers in the closing stage of the first quarter.

Platte County senior guard Kylene Loy hit a running jumper with just over 3 minutes left in the first half to close the gap to 19-18. Robbins added the last of her four points before halftime, and her two free throws with 2:31 left in the second quarter provided the game’s final tie. Smithville led 23-22 at halftime.

Robbins and Stewart combined for 18 of Platte County’s 22 points in the first half but scored only two combined the rest of the way.

“That’s the story of our season right now when we get out to big leads,” Strobbe said. “It’s almost like we get down on ourselves after one little mistake. We have some players who stepped up tonight, some players who were just a little off their game.”

Platte County hopes to have Pickett back this week with tough home games against Grandview and Kearney. The Pirates enter at 7-6 overall and 3-2 in Blue Division play despite returning only two starters from last season and playing long stretches without Robbins and Pickett — two of the team’s top three scorers. Robbins has averaged 10.7 points per game in 10 games this season, while Pickett is at 6.5 pr game in 11 games.

Jumping to a 14-4 lead after the first quarter, Platte County scored 21 more in the second quarter and shot 43 percent from the field. Peterson scored a game-high 15 points, and Robbins added 12. Pirates sophomore Joslyn Hupp made it three double-digit scorers, finishing with 10 to go with team-highs of eight rebounds and four assists.

Platte County hit four 3-pointers with Stewart accounting for two. The Pirates were without Pickett for the first time this season in the win, but seven different players scored with Loy and Stewart tallying seven apiece.