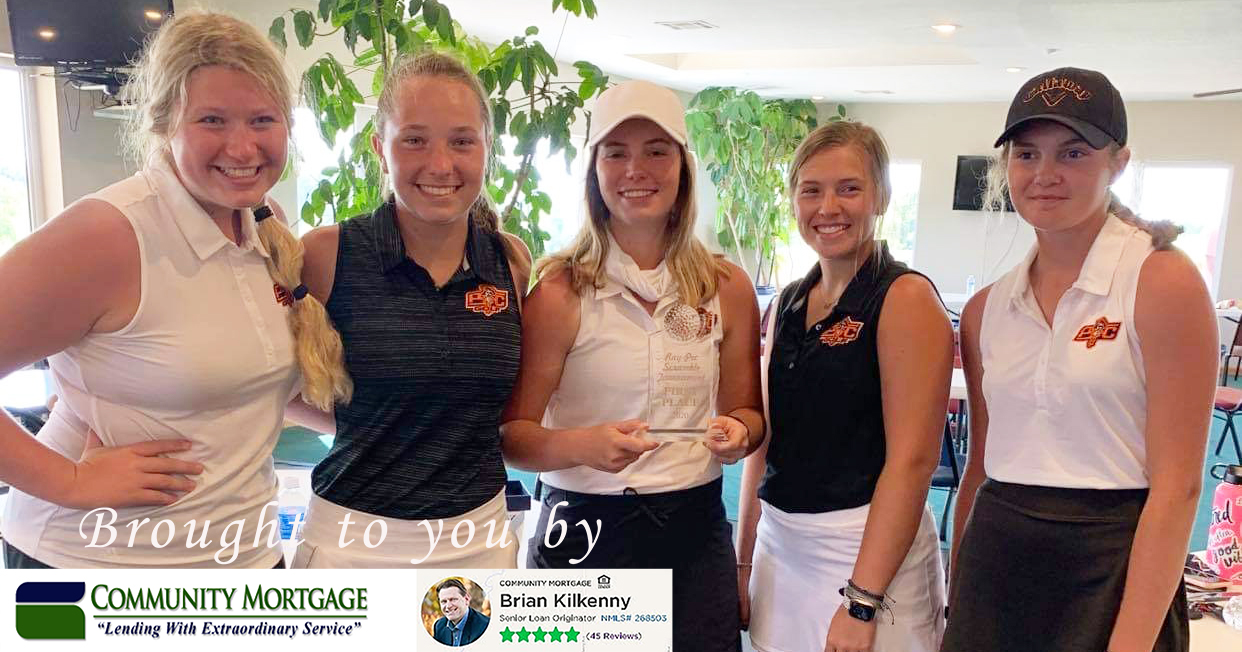 Platte County opened its season with a dominant showing in the Ray-Pec Scramble on Friday at Hoot’s Hollow at Country Creek Golf Club in Pleasant Hill. Each team was given three two-player groups, and the Pirates’ put all three in the top 12.

With the top two scores in the scramble format used for the team standings, Platte County successfully defended its 2018 title — 2019 was rained out — with a 153 to edge host Raymore-Peculiar by a single shot.

There were 18 schools and 45 teams total playing the par 72 layout. Platte County senior Mannon Bigus and junior Eden Shipp tied for second place with a 76 — just one shot back of the winning team from St. Teresa’s — and the Pirates team of senior Victoria Sanders and sophomore Bailey Silcott were just one stroke back with a 77 to finish fourth place.

Bigus/Shipp and Sanders/Silcott were both medalist teams (the top 10). Platte County junior Lindsey Miles and freshman Lily Rickets were just three strokes off of a medalist finish, tying for 12th with an 88.

“The team played very well today and was able to come away with the first win of the season,” Platte County coach Trevor Short said. “We like playing in this event because it allows us to start off the season with a little less pressure by having someone else to rely on if you have a misplaced shot. It is also the only tournament where we are allowed to help our teammates during the tournament. It is also a good way to break in a new player that may not have played in tournaments before.

“Obviously the season is just beginning, and we have a few areas of our game that we need to work on, but we had a great start and hopefully will keep the ball rolling in the right direction.”

Platte County was set to continue its season with the Platte County Invitational on Monday, but torrential rain forced its cancelation. The Pirates will now have a week off before hosting a dual with Liberty North on Wednesday, September 9.