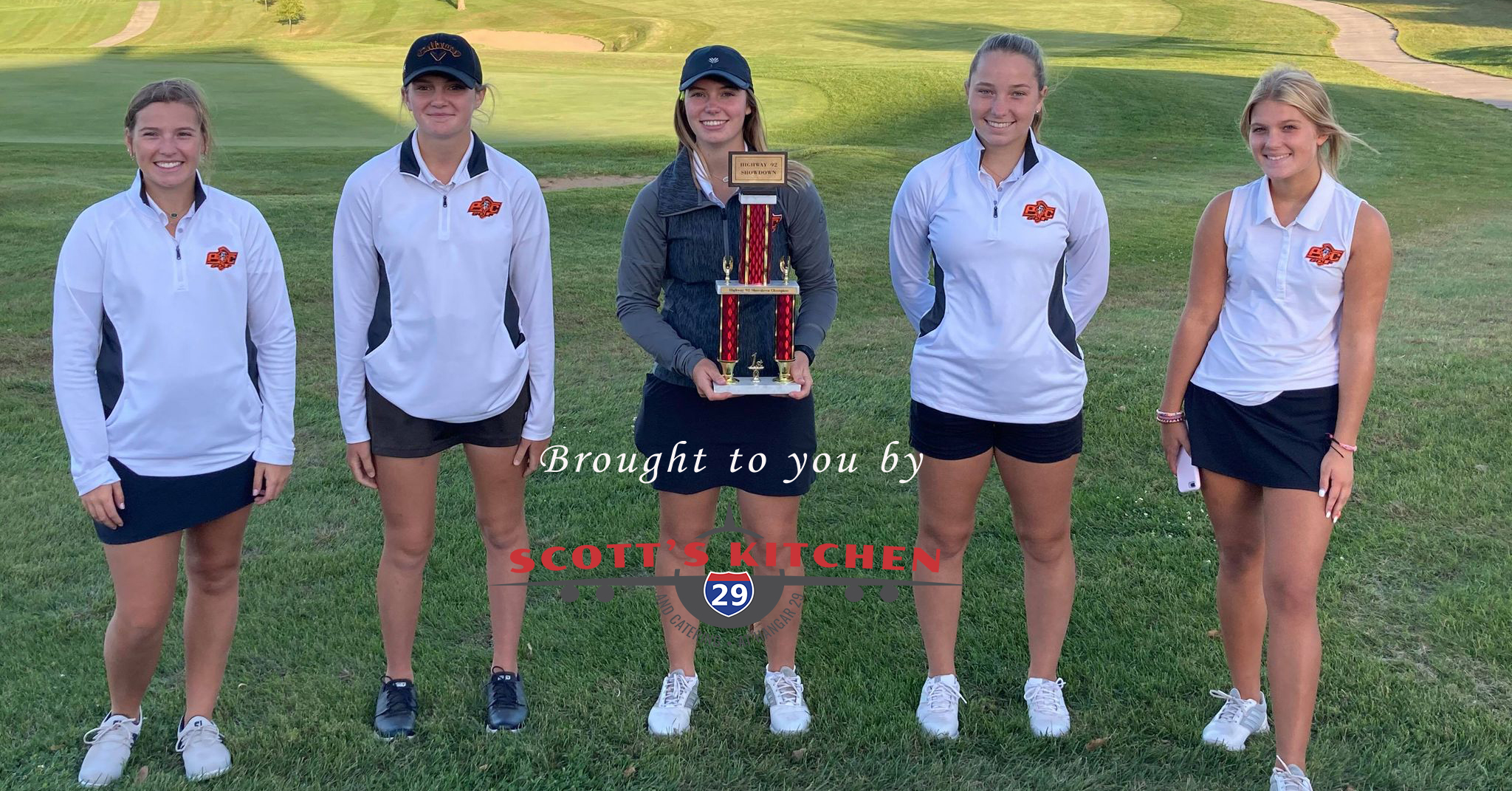 Platte County can again claim supremacy for the 20 miles of road between Platte City and Kearney — at least when it comes to girls golf.

On Wednesday, Platte County bested rivals Smithville and Kearney in the Highway 92 Showdown triangular played on The Posse course at Paradise Point Golf Complex. The Pirates carded a team total of 192 with sophomore Bailey Silcott earning medalist honors with a 46. Smithville was second with a 219, while Kearney had a 233.

“It was another good day for the team,” Platte County coach Trevor Short said. “We played well in some windy conditions out by the lake and adjusted to the speed of the greens. It is always fun to go into a rivalry match and there is a little extra motivation to win. The ladies are continuing to play better every day and are always pushing each other to compete at their highest levels.
“One of the great things about this team is that if one of us has a bad day, another player steps up and brings in a competitive score.”

In this case, Platte County excelled despite an off day and 55 for junior Eden Shipp, who didn’t factor in the team score. Instead, Pirates’ No. 5 Lilly Ricketts posted a 51.

Platte County, Kearney and Smithville will have two more chances to play head-to-head in the coming weeks. They will be in the Suburban Conference Blue Division Championships on Monday and then the Class 3 District 4 Tournament the following Monday. Both will be played at Shiloh Springs Golf Course in Platte City.

Last season, Shipp and Silcott both qualified for sectionals under the old two-class system. With four classes this season, players will qualify for the Missouri State Golf Championships straight from district play, and the Pirates will likely have at least four and possibly the whole team competing for berths.