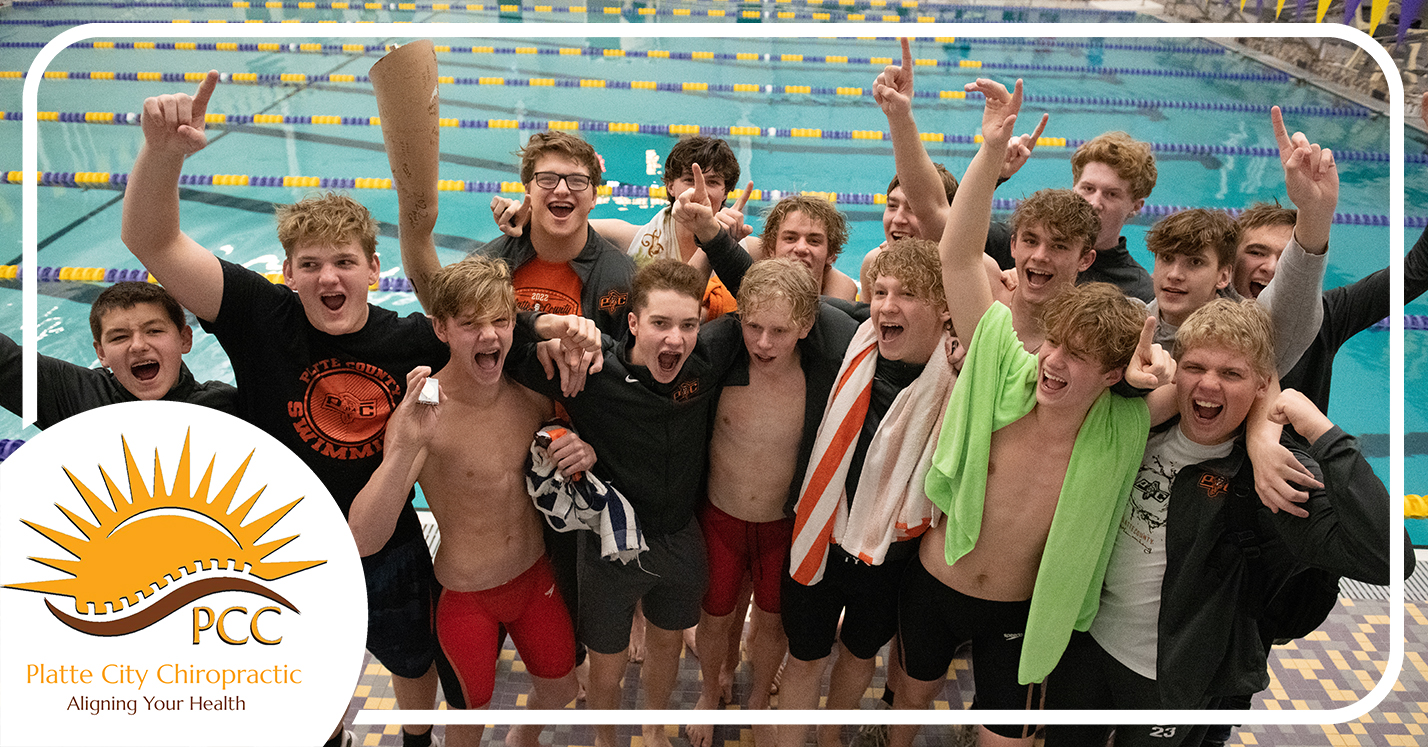 Platte County maintained hopes all seasons of a record finish in the Class 1 Missouri State Swimming and Diving Championships, and one of the largest qualifying contingents in program history now supports the possibility. The Pirates will take 11 — five in individual events — to this weekend’s two-day meet, which starts Friday afternoon at Rec-Plex in St. Peters with finals scheduled for Saturday.

With a mix of experienced seniors and a pair of still ascending sophomore stars, Platte County will be chasing the 13th-place state finish of the 2017 team with 61 points. The Pirates have recorded at least one point at state each of the past six years and have ample reason to believe the total will be much closer to 50 than any single digit.

The big reason comes in the form of sophomore school-record-holders Palmer Keith and Deacon Gutshall. Each owns a pair of marks set this season, even one Gutshall took from his classmate less than two weeks ago.

In addition, Platte County senior qualified in a pair of individual events for the third straight year, while senior Gage Jonkman earned a second straight state berth. Notably for the Pirates, senior Carson Howe will make his individual event debut after taking the last spot in the 100 freestyle and one of the last berths in the 50 freestyle.

Keith will be chasing additional all-state honors after placing seventh in the 200-yard individual medley as a sophomore for Platte County’s best individual finish.

Currently, swimmers have to post a state consideration qualifying time, and the state then takes the top 32 entrants in each event with all qualifiers limited to two individual events and two relays. The top eight in preliminaries advance to the championship final while spots 9-16 go to the consolation final. The top 16 in each event score team points, assuming no disqualifications.

Keith will go into Friday’s preliminaries with a finalist seed in both the 200 IM (eighth, school-record of 1:59.27) and 100 breaststroke (seventh, 1:00.50). In the latter event, he remains about a half second off of Caden DeLay’s school record, while improving his own PR almost 5 full seconds from where he sat as a freshman.

Gutshall enters off of setting school records in both the 500 freestyle and 200 freestyle. In the longer of the two events, he beat his own mark in both the preliminaries and finals of the Suburban Conference White Division Championships and goes into state ranked No. 6 in Class 1 at 4:50.18.

A year ago, Keith put up a top-eight preliminary time, qualifying for the finals sixth in his previous school record time for the event before finishing seventh. He added a 16th-place honorable mention finish in the 100 butterfly, an event where he holds the school record set earlier this season at 54.04 but ranked outside of the top 16 in Class 1 this season leading him to choose the breaststroke.

Gutshall made his state debut as a freshman in the 500 freestyle, setting a season-best and coming up just .02 of a second off of 16th in and the last spot in the finals by the narrowest of margins. The performance seemingly changed the trajectory of his career, and a focus on longer-distance freestyle races has him projected for a big breakthrough this season.

Keith had also been nearing his own 200 freestyle record this season before Gutshall lowered the school-record mark by nearly 4 seconds at conference.

In both individual events, Gutshall will have company from teammates. Burton goes into the 200 freestyle prelims with the No. 24-ranked time (career-best 1:53.51), and he will continue to chase his PR in the 100 butterfly, ranking No. 28 with a season-best 57.04 — less than a half of a second off the lowest time of his career (56.69).

In the 500 freestyle, Jonkman qualified at No. 25 with a season-best of 5:16.49 after coming in 19th at state last year in what still stands as his career-best of 5:13.96. His individual state debut as a junior also included competing in the 100 back stroke preliminaries (31st), but he missed a return berth by a bout a half second this year.

Burton boasts the most state experience of Platte County’s 11-person group, having swam on at least one state relay each of the past three years. He was part of a 16th-place 400 freestyle team that claimed the Pirates only two state points in 2020.

Last year at state, Burton, Keith and Howe were on both Platte County’s school-record-setting 400 freestyle relay (12th, 3:23.82) and the 200 freestyle relay (10th) to garner honorable mention all-state honors. The Pirates also qualified in the 200 medley relay with Howe, Jonkman and Gutshall part of a unit that turned in the No. 26 time in preliminaries.

The 200 team goes into state ranked No. 6 at 1:31.49 while closing in on the school record, and the 400 team’s No. 12 time of 3:24.65 is less than a second from last year’s school-record mark. The medley team of Jonkman, Howe, senior Weston Grimes and junior Brayden Carter ranks 22nd. Grimes and Carter will be making their state debuts.

Coming off the program’s first conference title since 2014, Platte County hopes the combination can produce the results needed to continue past successes. The Pirates totaled 37 points last year (17th) in a swift rebuild from the two-point showing in 2020. The Pirates have also been 16th in 2019 (40 points), 16th in 2018 (53 points) and the program-best 13th in 2017 (61 points) in the first year of the two-class system. They scored a single point in 2016 with every school in the state in the same competition to start the current streak.