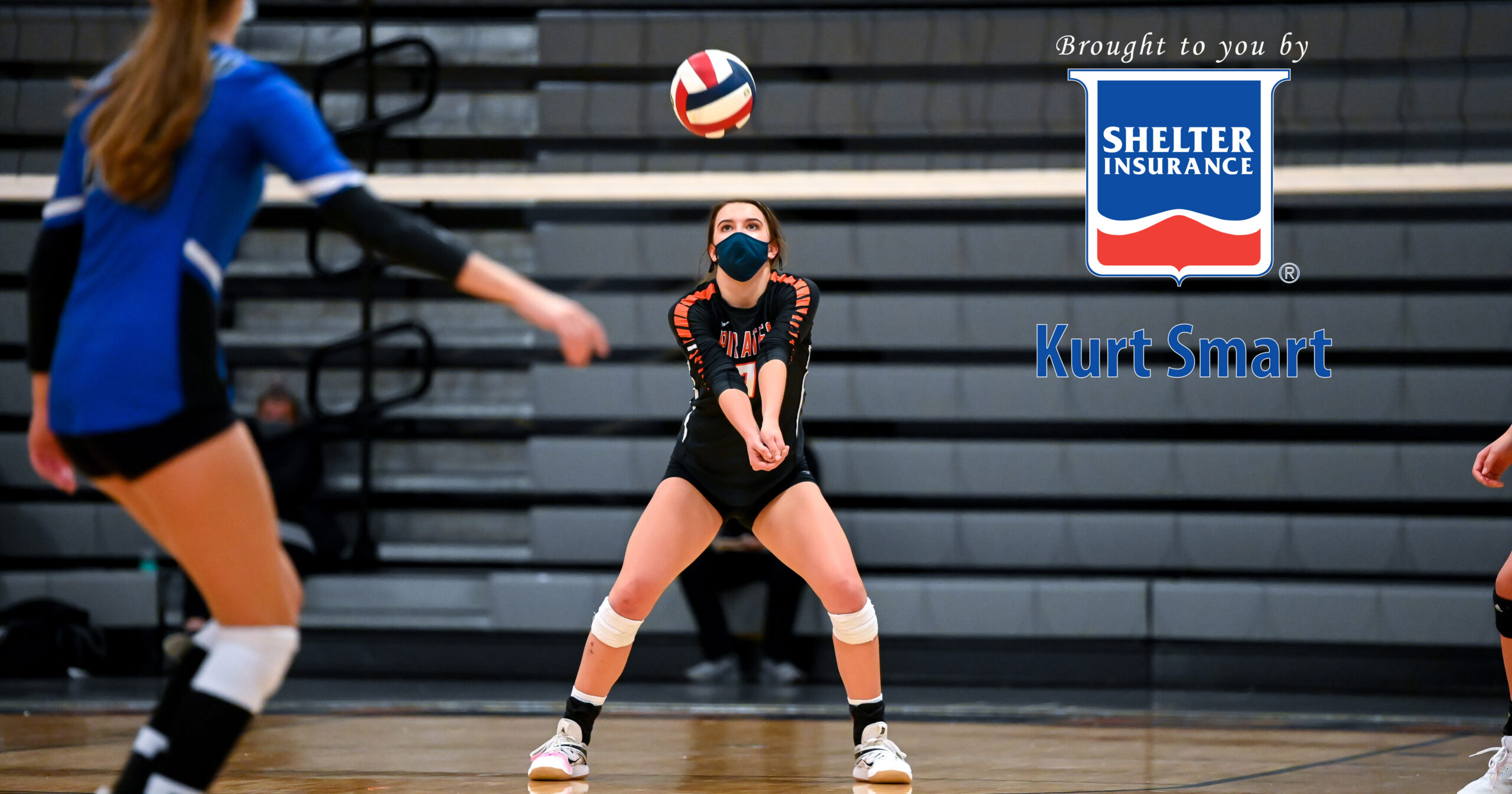 Platte County fights back to force 5 sets but can’t close out thriller vs. Liberty

Night before closing out a 2nd straight unbeaten conference title, Pirates were ‘punched in the face’ before responding in what turned out to be a character-building end to lengthy unbeaten, winning streaks ahead of postseason.
Share on facebook
Share on twitter
Share on email

Platte County looked overwhelmed and overmatched Monday — on the verge of having an lengthy unbeaten streak swept away.

Instead, Liberty saw a once-comfortable lead evaporate and entered a contentious battle that would go all the way to a deciding fifth set. The Blue Jays eventually came away with a thrilling 25-18, 25-22, 22-25, 22-25, 15-10 victory at Platte County High School that featured ups and downs for both teams in the nonconference matchup.

Platte County lost for the first time since Sept. 12 at the Lansing Tournament but might have learned more about its championship potential than any takeaways during an unbeaten streak of 22 matches.

“I’ve seen it, but I’ve never — me, myself — gotten to play in something like that,” said Platte County junior Emerson Walter, who dished out a team-high 29 assists to go with 11 digs. “It was just awesome. I mean it didn’t come out the way we wanted, for sure, but we fought; we fought hard.”

Platte County (26-2-3) had won 15 in a row but hadn’t faced an opponent of Liberty’s quality in more than a month.

Prior to late in the third set, Platte County hadn’t scored more than three consecutive points at any point against Class 5 Liberty — a regular contender in the state’s largest classification. The resolve shown will bode well for a team with championship aspirations in a reformatted postseason. After a first round bye, the Pirates will open Class 4 District 16 play Tuesday, Oct. 27 in Kearney as the top seed and against the winner of No. 4 Excelsior Springs and No. 5 St. Joseph Lafayette.

“I told them I’d rather play in matches like this and we lose than play in some of the matches we’ve played in and win,” said Platte County coach Katlyn Donovan, who led the Pirates to a second straight unbeaten Suburban Conference Blue Division title wrapped up with a sweep of Ruskin the night after the loss to Liberty. “I felt like we got punched in the face in those first two sets, and that’s exactly what we needed. I said this earlier: we needed to get punched in the mouth tonight and see how we responded. Not very many teams go down 0-2 and come back and fight for a fifth set, so we were proud of them.”

After losing the first two sets, Platte County also trailed 18-13 in the third set before ripping off its first run of five straight points.

Brown provided service during the surge along with a kill that made it 18-7, and Anderson added the kill that capped it and tied the score at 18-18 — the first tie in the set since 10-10. The two teams were tied again at 19 when an inadvertent whistle negated what would have surely been a Platte County point with the stoppage occurring as a spike was about to hit the floor.

“I felt like we had a few things go against us, but I think it went both ways, as well,” Donovan said. “The inadvertent whistle, I wasn’t very happy about it, but I think our girls responded really, really well out of it.”

Indeed, Platte County quickly recovered and won the replayed point with an Anderson kill, and she had three straight in what became another 5-0 run that also included one of junior Mary Grace Hunter’s nine kills that made the score 23-19. The Pirates then earned a set point on a combined block for McGehe and Brown and immediately closed out the set win.

“We definitely expected a challenge,” Walter said. “We expected competition, and they have some pretty amazing hitters on that team. But also so do we. I felt like it was a really good matchup.”

Platte County’s momentum continued early in the fourth set, and a kill from Hunter made it 5-2 early. However, the momentum quickly returned to Liberty and there were ties at 5, 6, 7, 10, 12 and 14 before the Pirates charged to the finish.

Brown had three kills in a span of roughly points to open a 17-15 lead and then added back-to-back aces — two of her three — to push the advantage to 20-16. Platte County received three more aces from Walter, two from Anderson and one each from Hunter and senior libero Presli Firkins, and the strong service played a huge part in changing the match’s dynamic.

“Liberty in those first two sets were in system way too much, which means they were getting the swings they wanted, getting the sets they wanted,” Donovan said. “So we told our girls, ‘Listen, we have to serve more aggressive.’ They were sucked pretty far up on serve receive, so we were trying get them to serve deep, serve at their head and get them out of system as much as possible.”

After closing out the fourth set to tie the match 2-2, the first team to 15 points would win the finale and the match.

Liberty immediately won the first four points, prompting a timeout from Donovan to regroup her players. Platte County responded with six straight in dramatic fashion, and the run started with Firkins (team-high 21 digs) supplying a key serve receive on a ball that hit the net and sneaked over.

The rally ended with a kill from McGehe.

Later tied at 4-4, McGehe added another kill on a long exchange that Anderson kept alive with a dive into the corner for the flashiest of her 15 digs. A Liberty player then deflected McGehe’s spike that might have been headed out of bounds to give the point to the Pirates, who led 6-4.

Platte County would not lead by more than two, and Liberty closed on a 8-2 run to avoid the full collapse.

The first two sets showed no indication of a match headed the distance. Platte County trailed by as much as seven in the first set before aces from Anderson and Firkins helped close the deficit to 17-14 before Liberty pulled away.

Platte County kept it close for the first part of the third set before seemingly falling behind for good. Instead, the Pirates ended up in their first five-set match of the season and trying to take the positives from what ultimately still ended up a loss.

“At the end of the second set, being down two sets, we told them, ‘Hey, this is going five, and it’s up to you guys to take these next three sets,'” Donovan said. “Moral victories are hard, but I really feel like this game against Liberty really prepared us for districts and anything beyond districts.”

McGehe and Brown also finished with 15 digs apiece, while Luna (five kills) and Stehlik (three kills) rounded out the attack.

Platte County went 12-0 in conference play with 10 of the 12 wins finished in three set. The Pirates have won 29 straight Blue Division matches dating back to the middle of 2018.