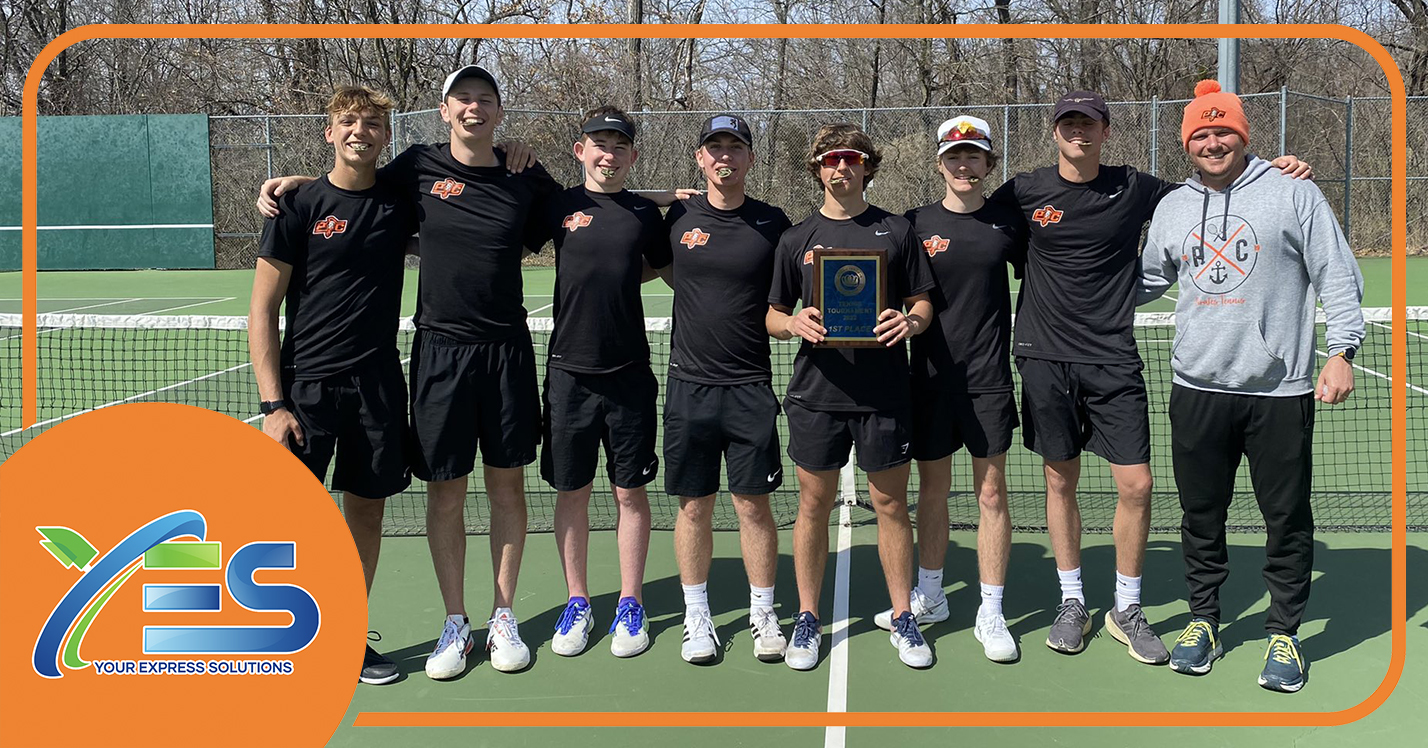 Platte County captured the team championship and all three flight titles in the William Chrisman Tournament on Monday in Independence. Contributed photo

Lingering weather and potentially slick conditions cost Platte County a chance at a key dual Friday afternoon. However, the Pirates continued the tournament circuit earlier in the week with some highlight results.

On Monday, Platte County captured the team title in the unique William Chrisman Tournament in Independence before traveling Wednesday to St. Joseph for the Central 10 Invitational for one of the toughest fields the Pirates will see this season. They were slated for a rematch with Grain Valley later in the week only for the dual to be pushed back to Friday, April 22.

The Chrisman team title was the first tournament championship of the season for Platte County in three tries.

The format called for three doubles teams to play a round robin then play four singles matches against an opponent from each of the other four teams. The flight champions were then determined by total record, and the Pirates won all three to finish in front of runnerup Raymore-Peculiar and the third-place hosts.

All three doubles teams went unbeaten — sophomore Gavin Nichols and senior Austin Vanek in A Flight, juniors Jack Forrest and Nathan Vanek in B Flight and freshman Jack Bralley and senior Nathan Macaluso in C Flight. Macaluso made his season debut as a potential high-end contributor for the Pirates in doubles after spending much of the spring winding up his non-school competitive soccer season.

Platte County’s dominance really showed with Austin Vanek going 2-2 in A Flight and Nathan Vanek 3-1 in B Flight. That meant Platte County went 32-3 overall in its matches coming off a runnerup finish in the inaugural Warrensburg Doubles Tournament just three days earlier.

After this run of four straight tournaments, Platte County hits the meat of its dual schedule starting this week. The Pirates are 1-1 on the season with a shutout of Oak Park and a 7-2 loss to potential Class 3 Missouri State Tennis Championships team contender Willard.

Platte County finished in a tie for sixth Wednesday at Noyes Tennis Complex in St. Joseph with many of the Northland’s best teams, which faced brutally cold and windy conditions.

There were four flights with two singles and two doubles entrants from each team.

Duggan went 4-0 in pool competition and placed third for Platte County in B Singles with a 7-1 overall record. Nichols and Forrest teamed up for No. 1 doubles and went 2-2 to start the day but played well to reach the semifinals and end up fourth overall. They wound up 4-4 overall while having the first time veteran coach Zach Keith paired up the two players in his singles lineup.

Nichols, a returning state medalist and the first singles state qualifier in Platte County program history, and Austin Vanek were the only returners to this year’s lineup. Forrest ascended all the way to No. 2 in helping the Pirates replace four graduated seniors. Nathan Vanek, Bralley and Duggan have made up the bottom half of the order to start the season, although Macaluso could push for additional playing time.