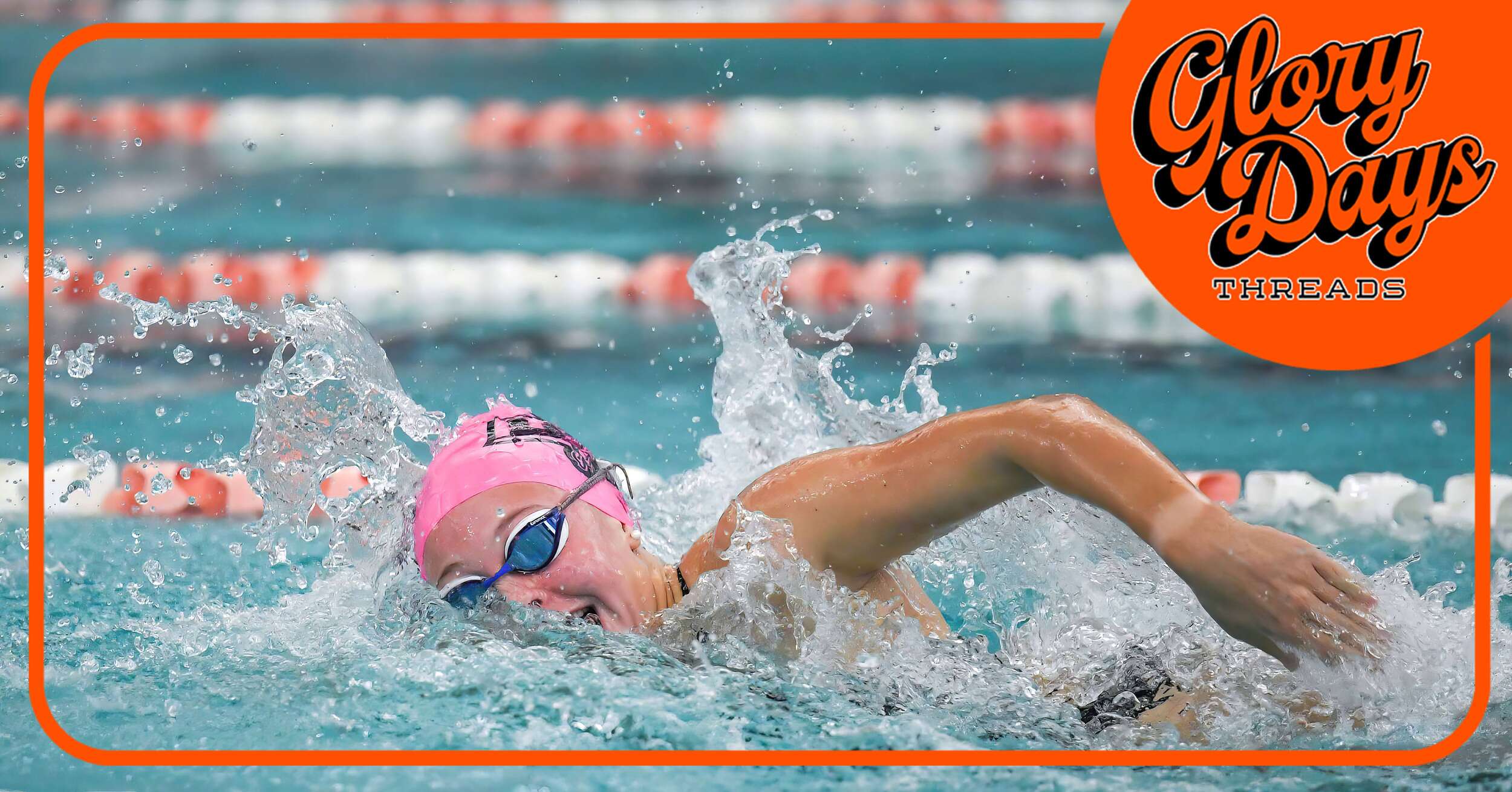 Platte County continued to display impressive potential in relays, scoring big points that keyed a team title over the weekend in a nine-team field at Platte County Community Center North. The Pirates won two of three and finished as runnerup in the third to help accrue 532 points to beat second-place Raymore-Peculiar by nearly 200 in the Platte County Invitational.

For the most part, Platte County didn’t have the lowest times of the season, although junior Drew DeLay and sophomore Brooklynn Hays set new Class 1 Missouri State Swimming and Diving Championships consideration marks in the 100-yard freestyle.

DeLay, Hays, senior Meredith Ballou and freshman Madeleine Stone continued to be Platte County’s preferred top lineup for relays, and they combined to win the 200 medley (2:01.37) and 200 freestyle (1:47.75). Limited to two relays per individual, the Pirates used senior Erian Stone, juniors Madeline Judy and Ella Chiddix, and sophomore Jayden Benninghoff in the closing 400 freestyle relay. They were second in 4:35.25 and came in behind only Smithville, which placed fifth as a team in the final standings.

Platte County also received two individual victories for Ballou and piled up points with three in the top five of the 200 freestyle to build an early lead in the meet.

Ballou didn’t lower her state consideration times while winning the 200 individual medley (2:27.19) and 100 butterfly (1:05.45) but ranks in the top 20 for Class 1 in both events. She also has the lowest times for the Pirates this season in both events.

In the 200 freestyle, Platte County junior Blair Bolling finished third (2:17.84) with juniors Charlotte Hammond (2:29.28) and Samantha Teufel (2:29.41) right behind her. Hammond and Teufel both set career-lows in the event to claim fourth and fifth.

Hays and DeLay produced the other top finishes for Platte County.

In the 100 freestyle, Hays came in third at 57.97 and DeLay fourth at 58.72. Both trimmed hundredths of a second off their current state consideration cuts where they currently rank 22nd and 27th in Class 1, respectively.

Platte County came into the home invitational off a meet involving powerhouse Park Hill South with the stiff competition helping to produce some low times.

Park Hill South topped Platte County 136-42 in their head-to-head scoring, while both teams easily beat Smithville. However, Platte Count only won two events but still set five season-best marks, including the No. 5 Class 1 state time in the 200 freestyle relay.

Notably, DeLay ended up just eclipsing her state qualification mark in the 100 freestyle by .04 of a second four days later at the Platte County Invitational.

Platte County’s 200 freestyle relay actually finished about a half second back of Park Hill South in that event. The Pirates’ mark of 1:46.49 still marked a season-best and pushed them up to that fifth spot in Class 1 with plenty of time left to improve.

Ballou came in second in the 100 breaststroke in a season-best 1:14.25, a mark 13th in Class 1. Park Hill South’s Alyssa Gordon won the race by nearly 4 full seconds, and she owns the No. 4 consideration mark in Class 2.