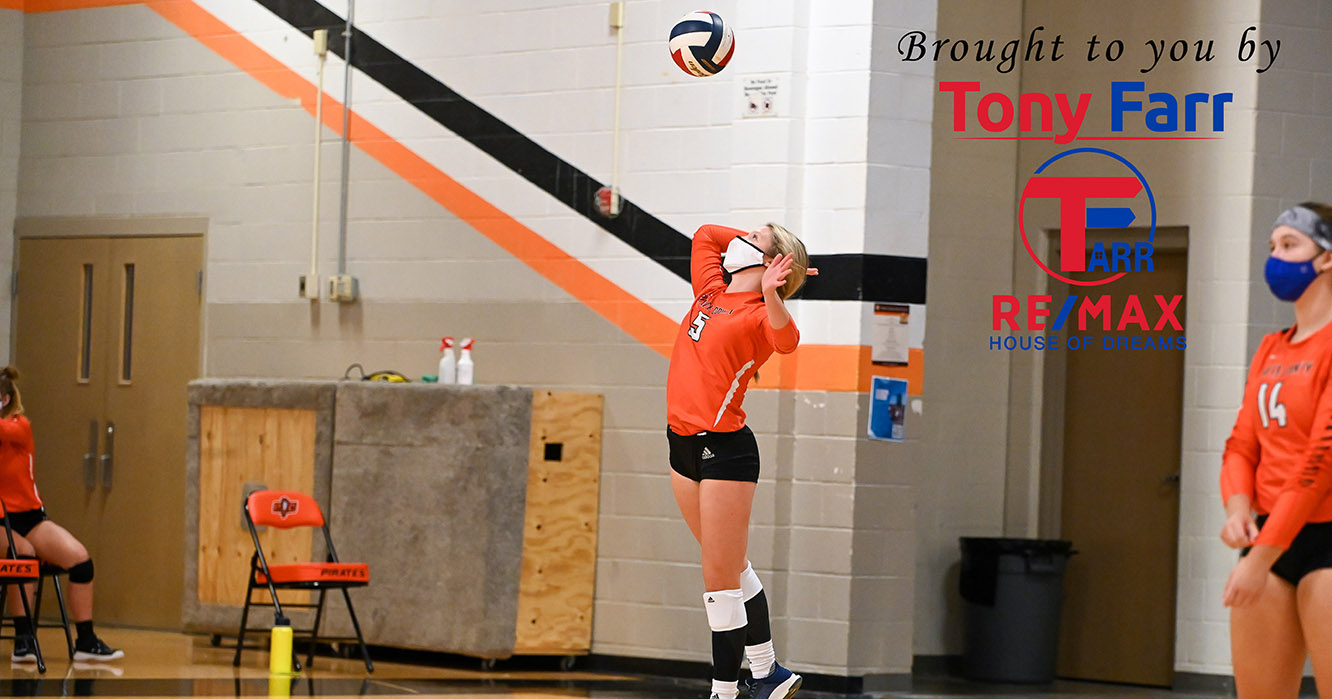 At full strength, Platte County can be at a different level shown to start the season. The Pirates put that fully on display in capturing the Winnetonka Invitational last week, avenging a loss to Park Hill in the championship match.

Park Hill won the first match between the two in the season-opener when Platte County played without three starters. In the rematch, the Pirates sneaked out a 26-24, 25-18 sweep in the three-set format for the tournament with seniors Bryn McGehe and Aly Anderson recording seven kills apiece, and junior Kate Brown adding six.

McGehe and Brown, who also had one service ace apiece, did not play in the season-opener.

Platte County went 2-0-2 in four pool play matches, splitting with both Truman and North Kansas City in the first and fourth of those. The Pirates took the No. 2 seed int he bracket portion and met Grain Valley in the championship semifinals.

Anderson had team-highs of eight kills and nine digs in the 25-21, 25-23 sweep for Platte County, while Brown had seven kills and McGehe and Luna six each. The Pirates’ diversity in attack was the key in the run to the championship.

Walter had 16 assists, while McGehe added 10.

The Pirates returned to Suburban Conference Blue Division play with a 25-11, 25-14, 25-9 sweep on Tuesday in Baytown.

The attack leaders were again very evenly split for Platte County with McGehe topping the group with nine. Brown and Anderson had eight each, while Luna and junior Mary Grace Hunter had seven apiece. The Pirates also had 10 service aces with three each for Hunter and Walter, while junior Morgan Cox added two.

Firkins led the defense with nine digs, while Walter had 22 assists and McGehe 14.

The Pirates’ unbeaten streak hit 10 matches with an efficient 25-6, 25-1, 25-3 sweep of Ruskin on Thursday at Platte County High School. The Pirates (11-5-2) have lost just one set in six Blue Division wins this season.

This one was never close, and Hunter led Platte County with six kills, while Walter collected a staggering 27 service aces. The Pirates had 39 aces as a team with Firkins added six and Anderson four.

Platte County shifts its focus to this weekend’s Lee’s Summit North where they will likely hit stiff competition at some point in the day.