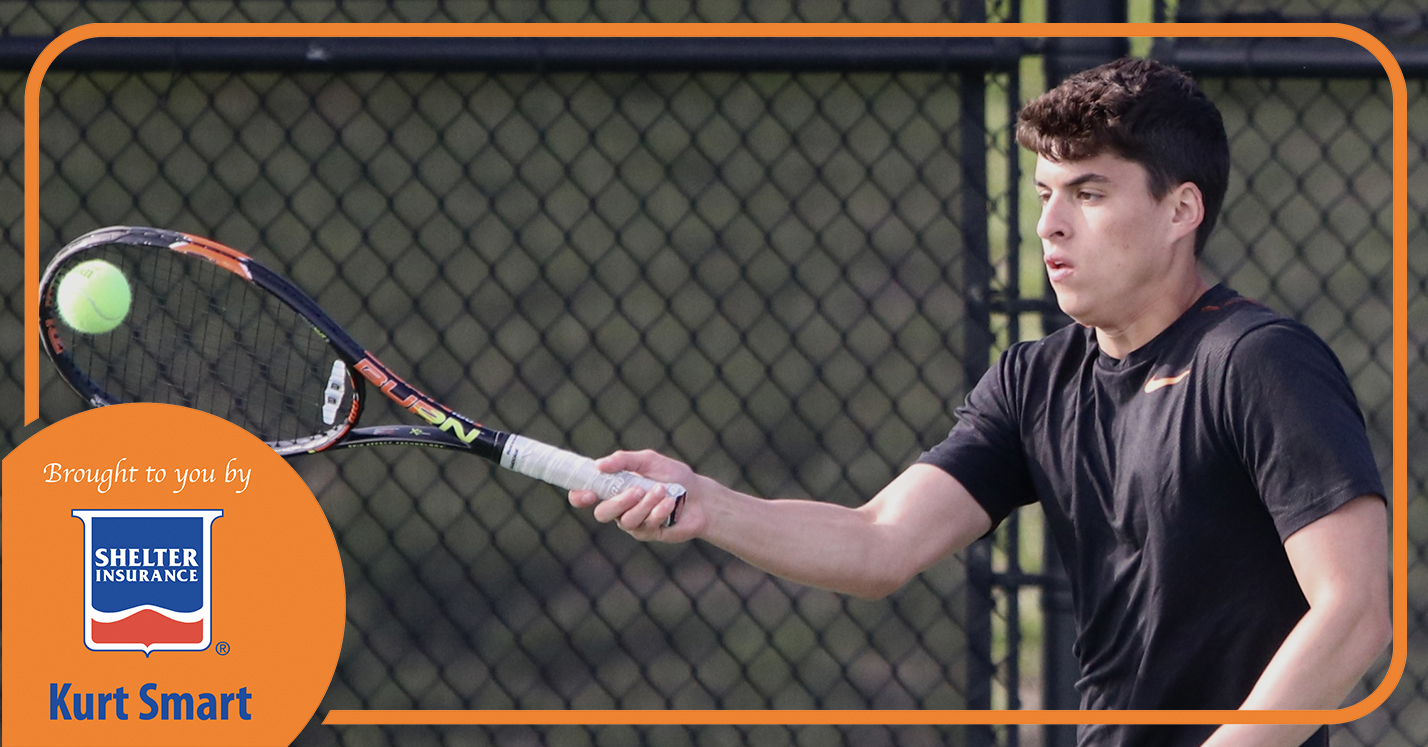 The final score made the result seem dramatic.

In reality, Platte County took the first three singles matches Thursday at Kearney High School to lock up a victory and just the second Suburban Conference Blue Division title in school history. The Pirates then held on for a 5-4 win over Kearney to improve to 5-2 overall in duals.

Kearney won the singles matches at Nos. 1, 2 and 3 but had already lost the dual at that point. Platte County freshman Gavin Nichols nearly came up with another win at No. 2, taking the first set but dropping the next two.

The win to turn the dual ended up coming in doubles.

Beeson and Railsback were dominant in an 8-0 win at No. 3, part of an early split of lopsided matches. Platte County senior and No. 1 singles player Austin Vanek teamed with Escamilla at No. 2, and the duo took a 5-0 lead. However, Kearney came back with six straight, and the Pirates ultimately prevailed 9-8 (7-4) in a tiebreaker.

Platte County returns to action Thursday for its Blue Division finale against Winnetonka. There are just three schools fielding a team in the conference with Grandview, Raytown South, Ruskin and Smithville either short on numbers or not sponsoring the sport.

After some early tweaks, Platte County seems to have settled on its doubles lineup. Vanek, a junior and the only player back from the Pirates’ last season in 2019, continues to pair with Escamillia, while freshman No. 2 Gavin Nichols and No. 3 senior Daunte Alaiwat have become the No. 1 pairing.

Platte County hadn’t lost in two weeks since a defeat against Liberty North. Both losses for the Pirates have come against larger schools, and the victory over Kearney likely wraps up the No. 1 seed in Class 3 District 8 with the state expanding to four classifications for tennis.