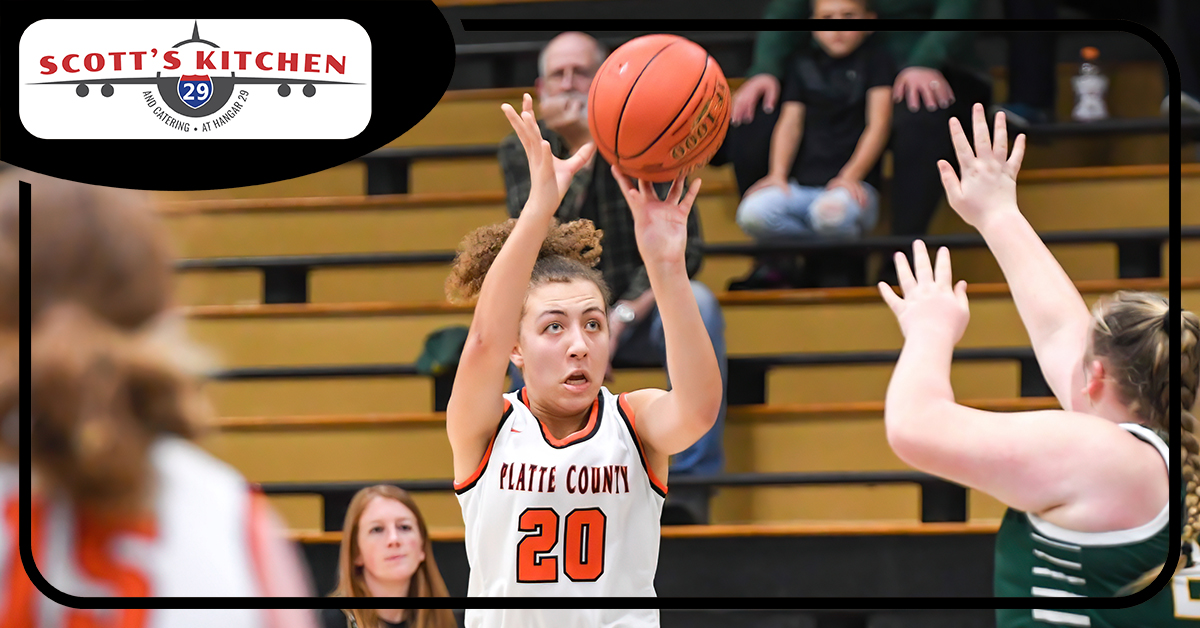 Platte County bows out of Savannah Tournament with depleted roster

Already off to a slow start this season, Platte County ended up shorthanded in the Savannah Invitational consolation semifinal Wednesday in Savannah. The Pirates were without senior forward Kiersten Robbins and sophomore point guard Lydia Doole in the starting lineup while reserve guard Reese Pickett also missed the game.

All three were in COVID-19 protocols.

Platte County still turned in by far its best performance in the season but lost 54-42 to Maryville. The Pirates entered 0-2 but put up a season-high for points behind 13 from senior forward Amaira Peterson.

However, with only seven teams in the field, Platte County’s tournament came to an end with the loss. The Pirates had scored just 42 points total in their first two games — a 51-19 loss to Raytown last week in the season-opener and a 50-23 defeat against Benton in the Savannah Invitational opening round.

Maryville, a Class 3 powerhouse the last four years behind current Kansas State freshman Serena Sundell, hit all five of its 3-pointers in a hot-shooting first half.

The second half played out much closer, and Platte County made just 5 of 11 free throw attempts, leaving some points off the board that could have helped facilitate a comeback. Peterson had seven in the first half and six in the second half, while freshman Lauren Stone, who started for the shorthanded Pirates, and Hupp added eight points apiece.

Platte County’s other starters were Stewart (six points on two 3s) and freshman Haley Barlow, who scored all four of her points in the fourth quarter. Addy Schlake, another freshman, made her varsity debut with three points off the bench.

Now with two extra days of rest, Platte County will return to the floor Monday against Lafayette likely still shorthanded with a Thursday road game at Fort Osage also on tap.

The Cardinals took advantage of a fast start on the way to a runaway win in the tournament opener on Monday.

Seven players factored in the scoring for Platte County with Peterson next at four points. Stewart’s 3 was her lone basket, as was Stone’s first quarter two-point field goal. Robbins and junior Mackenzie Shields also scored two apiece, while Hupp went 1-for-3 on free throws in the second quarter for her only tally.