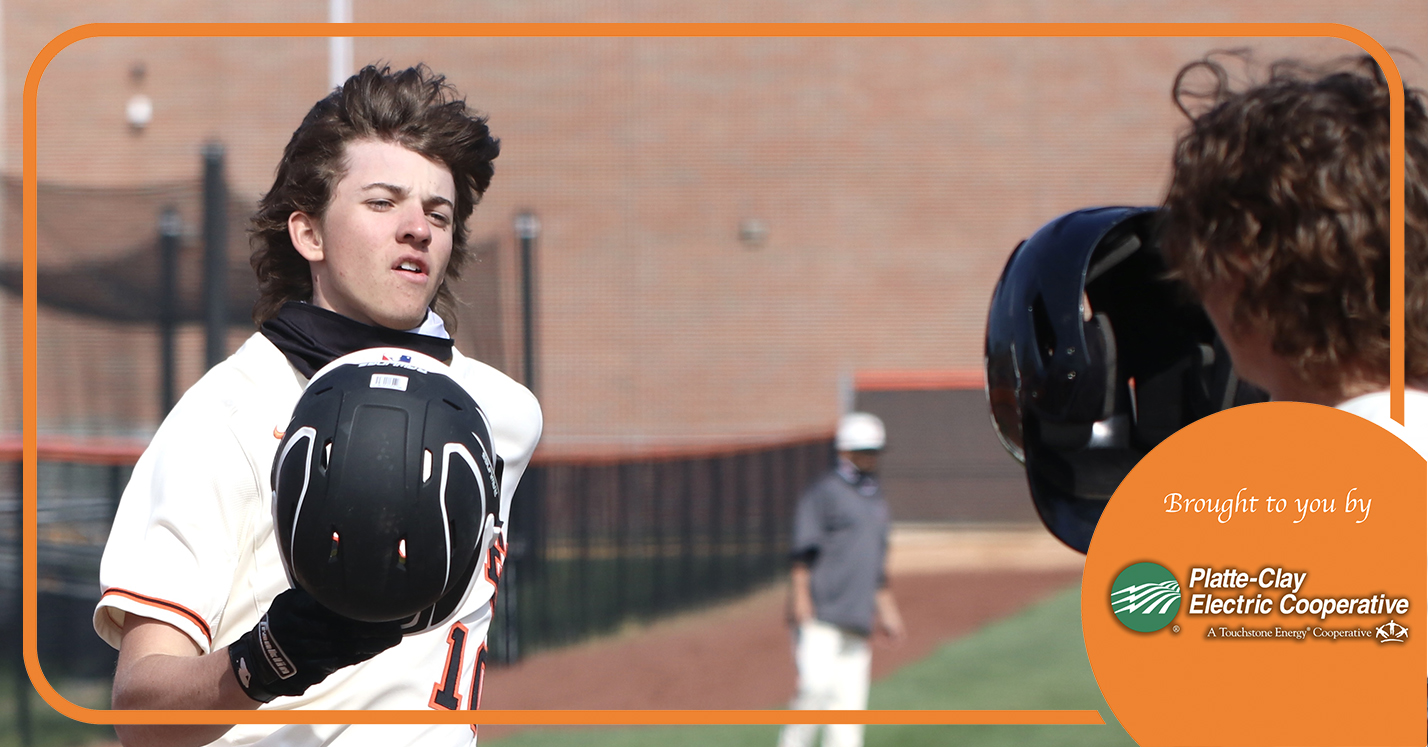 Platte County bounces back from loss with 3 straight blowout wins

Jeter Mauzey waited on the fastball, and when the junior cleanup hitter saw one, he didn’t miss.

Platte County entered the week off of a tough one-run loss to Smithville in Suburban Conference Blue Division play and responded by winning three straight in blowout fashion.

Platte County (10-2, 6-1 Blue Division) sandwiched the win over Benton around 11-1 and 15-0 wins over Raytown South and Ruskin in league play.

Against Benton, Platte County went with a different lineup, and senior center fielder Dayton Mitchell walked out of the No. 2 spot with one out in the bottom of the first against starter Max Haywood. Mauzey came up with two outs and Mitchell at second. After taking the first three pitches, he belted the 2-1 offering well over the center field fence for his third home run of the season and second in as many days.

“He came out throwing curveballs to our top guys, and he threw two in the dirt for me,” Mauzey said. “I thought he was going to throw a fastball, and he did.”

Benton went down in order in the top of the second against Allen, who struck out the side in the first and recorded a fourth in a 1-2-3 followup.

Platte County then sent 17 batters to the plate in its half of the second, chasing Haywood and then knocking around reliever Garret Ferrell for five unearned runs. The Pirates drew six walks, and three more hitters were hit by pitches.

“We just stayed back on the ball,” Mauzey said. “(Haywood) started throwing everywhere, throwing balls in the dirt, hitting us. We just did our thing and stayed in the game the whole time.”

Spence would walk a second time in the inning to make it 11-0 and keep the bases loaded for Mitchell with two outs. He then hit a line drive to left field, gave a slight bat flip and rounded the bases for a grand slam, his first home run of the year.

“There’s no doubt,” Mitchell said. “He has every bit of power I do.”

The 15-0 lead put the three-inning mercy rule in play, and Platte County wouldn’t have to bat again.

Allen struck out three more in the third, working around a single that just dropped in front of diving freshman right fielder Devin Wassmann with one out. Allen also gave up an infield single and a walk in the first but otherwise dominated Benton’s lineup.

Platte County had just four hits total in what became an odd line score.
Mitchell scored three runs and went 1-for-1 with five RBIs. Spence, Mauzey and Smith all scored twice, and junior shortstop Christian Lewis actually drove in a pair of runs by beating out a potential inning-ending double play in the second. His hustle made it 10-0 with Mauzey and Peterson scoring, and the next five Pirates also reached base.

Platte County pulled away with six in the fifth and three more in the sixth for what ended up a blowout Blue Division win. Raytown South managed just two hits but tagged sophomore starter James Schwieder for a single run in the fourth with a pair of singles and a walk to briefly cut the lead to 2-1.

Mauzey finished 2-for-4 with five RBIs, doubling in two more in the six-run fifth to go with an RBI groundout in the first that made it 1-0. Peterson drove in a pair and scored twice, going 1-for-3 with a two-run double right after Mauzey’s extra-base hit.

Spence went 2-for-2 with a walk in the No. 8 hole before moving into the leadoff spot against Benton. His RBI single in the second scored Fulk to make it 2-0, but Raytown South held them without another run until the fifth.

Schwieder went four innings with nine strikeouts and just two walks to earn the win, while Platte County senior left-hander Jackson McMahan pitched two innings of relief, striking out three in the fifth and working around a hit by pitch in the sixth.

Just as the day before, Platte County only came to bat twice, produced five hits and benefitted from six walks and two hit batters. Mauzey hit a three-run triple in the first inning with Peterson scoring him on a single before junior Nick Stone hit a two-run double to score him and Allen, who walked.

In a nine-run second, Platte County junior Eli Nelson had an RBI double to score Mauzey and then came back up for a two-run double later in the inning that made it 14-0. The game-winning run came on an error with two outs. The Eagles committed six errors total.