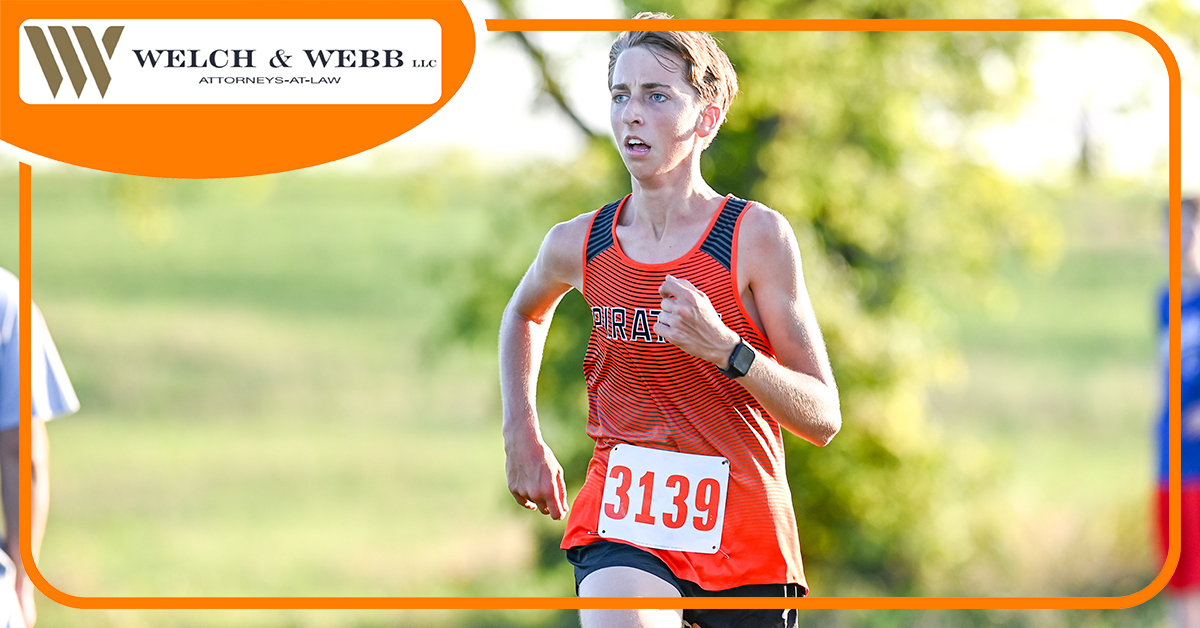 Platte County sophomore Andrew Johnson saw his teammate go down but didn’t have time to immediately. The race still needed to be run.

Normally the No. 2, Johnson unexpectedly found himself leading the Pirates’ experienced lineup in the first Judge Chris Stubbs Invitational, their home meet named for the recently retired longtime coach of the program. Platte County senior Andrew Early led the race early but ended up suffering an asthma attack in addition to difficulties with allergies and exited the course in the opening mile Thursday at Platte Ridge Park.

Johnson responded with a third-place finish in a course PR at 17 minutes, 53.2 seconds, coming in well back of the breakaway top two of Oak Park senior Gabriel Pingleton and West Platte junior Charlie Kinslow. Pingleton just broke 17 minutes at 16:57.70 as the easy winner, while Kinslow was runnerup in 17:18.70.

“I’ve never seen something like that happen to Andrew. It put fear in me,” Johnson said. “I did not expect to come out here and have to lead the team. Yeah, that’s true. Even your best guy can have an off day, and I think I did pretty well with it.”

Platte County senior Jace Trimble placed sixth in 18:20.20 as he slowly looks to regain his solid end of 2020 form, while junior Kage Audas claimed a medal in 16th (19:00.70), coming in right behind Blue Springs South’s pack of top-five finishers in 11th through 15th. Audas missed last year’s postseason due to COVID-19 protocols and gives the Pirates six key returners.

However, Early almost assuredly would have finished in the top three, and replacing Letcher’s 30 with three points would have put Platte County atop the final standings. After the race, the Pirates’ three top-25 finishers gave their individual medals to Early in an emotional and touching show of respect for the senior leader.

“I just want (Early) to be OK physically. He’ll be fine,” Platte County first-year coach Courtland Ingram said. “It’s not really about winning. It’s about being there for each other. We’re doing a great job of that right now.

“I’m very pleased with all these boys and how much they care about each other. That’s what’s really important right now.”

Times weren’t especially fast for Platte County on a course recently ranked as second-hardest in the state on an extremely hot day, but the Pirates continued to show what will likely be the top seven the rest of the way when everyone is healthy.

Anthony Talley, a senior and returning state qualifier, ran just his second race of the season and placed 37th in 20:20.40.

Most races, Early should be the clear No. 1, assuming the spot graduated senior Blake Bjustrom held in 2020. Similar to a season ago, Early should be able to rely on Johnson to start pushing him after his quick ascension from well down the roster to start his freshman year to running solidly in the 17s so far this fall.

“It’s great. Andrew is a great leader,” Johnson said. “Having the support of everyone else definitely helps, and we have a bunch of great (sophomores) and juniors, also.”

The two won’t have another chance to competitively run for Platte County at Platte Ridge Park, where he finished third as a junior in both the Platte County Invitational — ahead of Bjustrom in a second-place team finish — and the Suburban Conference Blue Division Championships. Smithville hosts this year’s league meet.

Overall, Platte County’s runners experienced a bittersweet day with a chance to honor Stubbs, who led both the boys and girls teams to state in his final season in charge before learning the school would name the annual home race after him. Johnson spent just one season with Stubbs but also was around the program when his two older sisters ran for the Pirates, as well.

“It’s great to see his legacy live on and get his own meet named after him,” Johnson said.

Early set a personal-best and broke 17 minutes for the first time in his career in last Saturday’s race in Peculiar, Missouri. He placed 10th in 16:53 and earned the lone medal for the Pirates, who placed ninth in a tough 15-team field.