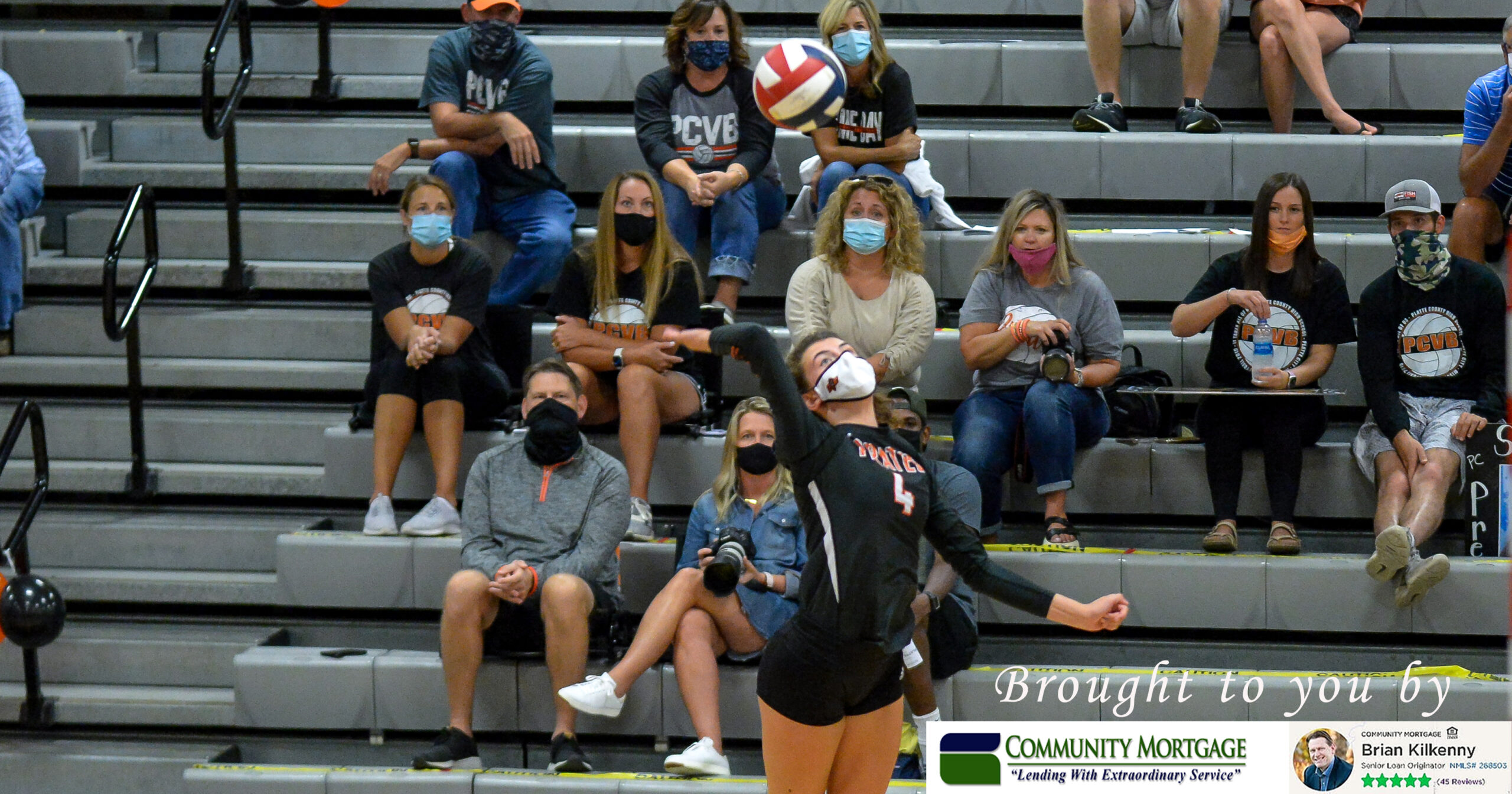 With a sweep still in sight, Platte County coach Kaitlyn Donovan ostensibly called a timeout to refocus her players and encourage them to snuff out any hope of an unlikely upset. Whatever she said during a timeout midway through the third set against Smithville on Thursday at Platte County High School worked — even with no specific recollection of the speech.

“I think it was just that we need to bring our energy back and find our spots to hit and that’s exactly what we did,” Platte County senior libber Presli Firkins said.

Out of the timeout, Platte County senior Haley Luna immediately supplied the go-ahead point on a kill, and she had two in the run. Smithville called a timeout down 17-12 to try and kill the momentum of junior setter Emerson Walter’s strong service, but she provided two more points, capped with an emphatic kill from senior outside hitter Aly Anderson, who led the attack with 14 kills and the defense with 14 digs.

Mary Grace Hunter, a junior, provided the winning kill — the last of her nine. Platte County didn’t trail in the final set.

“I feel like we really came together as a team tonight, played our positions how we should and it all just gelled together. It was super fun,” said Firkins, one of five seniors along with Anderson Luna, McGehe and Cameron Brown to be honored with earlier-than-normal senior night festivities.

Walter had three of Platte County’s six service aces in the match to go with 21 assists, and Pirates senior Bryn McGehe had 12 kills, 11 digs and a match-high 24 assists in her dual role as attacker and setter.

Platte County made it three sweeps in four victories to open Suburban Conference Blue play, as the Pirates have hit full stride after missing three key players for both or one of the season’s first two matches. Kate Brown, a senior, missed the opener but has started to roll and combined with Luna’s contributions in the middle, the attack now comes from all angles.

Brown had seven kills against Smithville and added three more service aces, while Luna tied her season-high of six for the second straight match.

“Just timing and being out so long, it took me a little while to get back into,” Brown said. “I’m filling into it now. I feel like we definitely have a lot of key pieces, and I think we’re all starting to fit in to the same puzzle now and getting into it and working as a team. It’s really getting there; we’re going upwards.”

The bounce back came immediately with sweeps over Winnetonka and Smithville.

“I think that tournament was really good for us to figure out what we need to work on in particular, and that’s exactly what we came back and did so that was good for us,” said Firkins, who led the Pirates with 20 serve receives against Smithville to go with seven digs and three assists.

The Pirates came back from a tough day in Lansing with a quick 25-14, 25-13, 25-7 Blue Division sweep on Tuesday at Platte County High School.

Anderson (11) and Brown (10) led Platte County’s offense in kills, while Luna had six to hit her season-high for the second time. The Pirates had another dominant service match as well with Walter tallying five, and Firkins and Luna four apiece. They collected 16 total as a team.