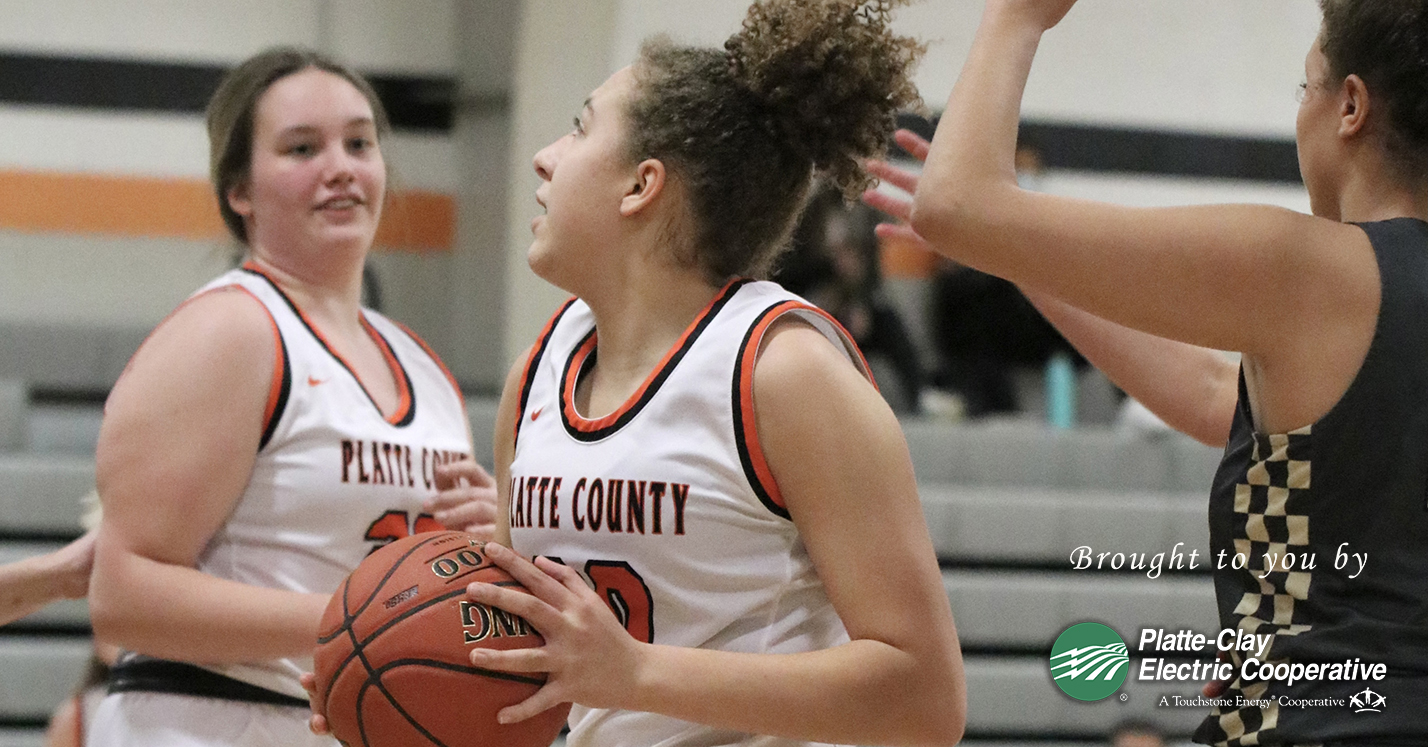 Platte County junior forward Amaira Peterson drives to the hoop for a basket in a game against Savannah on Wednesday at Platte County High School. ROSS MARTIN/PC Preps Extra

Amaira Peterson played aggressive and efficient on offense on Wednesday in a nonconference home against Savannah.

However, Platte County couldn’t take advantage of the junior forward’s 23 points in a 67-25 loss at Platte County High School. Savannah started hot from the field and didn’t cool off, hitting five 3-pointers in the first half to build a sizable advantage at the break and slashing to the hoop for baskets throughout the second half.

Savannah junior Lexi Jones scored a game-high 24 points, while senior Rylee Benight added 23. Olivia Stites (13), another junior, completed a high-scoring trio that accounted for 60 of the Savages’ 67 points — the most scored by a Pirates’ opponent this season.

Platte County dropped to 10-9 overall and now won’t play again until Wednesday at Raytown South in a return to Suburban Conference Blue Division play. The Pirates were scheduled to host Ruskin on Monday, but the Eagles have canceled the remainder of the season.

Peterson led Platte County from the start but put up 16 in the second half as the Pirates attempted to make a run to close the gap.

Savannah would lead by as many as 17 before Platte County coach Becca Strobbe emptied her bench late. Pickett added 15 points, including 10 in the second half. Pirates freshman guard Lydia Doole ended up with seven points, and senior forward Kiersten Robbins added six points. Both were scoreless in the second half.

Platte County took a 7-5 lead in the first quarter on a three-point play for Peterson, who scored five of the first seven for the Pirates. Savannah hit its first two shots from the field and didn’t trail again after Peterson’s three-point play.

Pickett had an offensive rebound and outback basket to pull Platte County within 13-11, and Doole hit a 3 with 4 seconds left in the first quarter to make it 15-14. Pickett hit a 3 to tie the score at 17-17 early in the second quarter, but Jones answered with a 3 on the other end. A 7-0 run made it 31-23, and Pickett missed a short jumper at the buzzer that allowed Savannah to take its nine-point halftime lead that quickly increased to double digits for the majority of the second half.