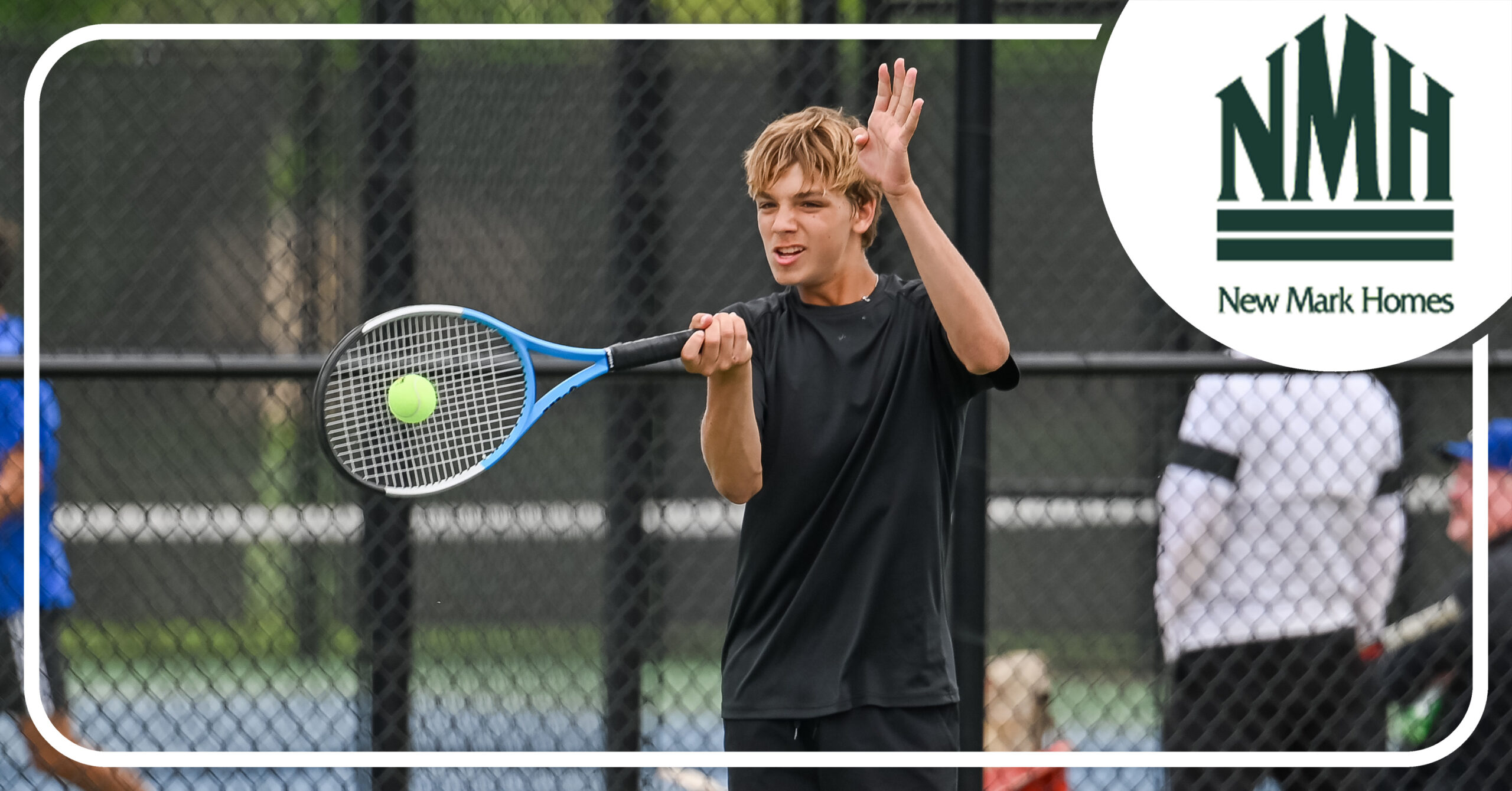 Nichols, Vanek at top of lineup give Platte County optimism to possibly improve

Behind a senior-heavy yet uniquely inexperienced lineup, Platte County finished 9-5 in 2021, went undefeated in Suburban Conference Blue Division play to win the league title and earned the No. 1 seed in Class 2 District 8. Yet, the Pirates lost a tight 5-4 match to Kearney in the district final and were denied the program’s first-ever state berth, unable to repeat its win earlier in the season over the Bulldogs that decided the conference crown.

Yet, the return of sophomore Gavin Nichols — the first singles state qualifier in program history — and senior Austin Vanek at the top of Platte County’s lineup presents reasons for optimism. Maybe even a lot of optimism if you ask veteran coach Zach Keith.

“You don’t have to be a rocket scientist to see that we have to replace a lot of very good players from last year’s team, but as crazy as this sounds, we may actually be better this year,” he said. “I’ve been incredibly impressed thus far. As always, our schedule is unforgiving, so we’ll constantly be tested by bigger schools. I love that about our team. It helps us prepare for the ultimate goal, which is postseason success.

“As far as expectations are concerned, our motto this year is ‘Don’t Hold Back.’ As long as we do that, we should have a lot of success at the conference and district level.”

Behind Nichols and Vanek, Platte County will look to senior Nathan Macaluso and juniors Jack Forrest and Nathan Vanek to fill spots with many others competing for time in the back of the lineup. There’s also notably more known commodities right now than at the same point a year earlier.

Platte County went into last season with exactly zero experience at the varsity level, yet forged a run of success with now-graduated, one-year seniors Daunte Alawit, Bradley Beeson, Emilio Escamilla and Tony Railsback solidifying the majority of the lineup. Alawait, who Keith calls the best player under pressure he’s ever coached, setting a program record for wins in singles and Beeson and Railsback going unbeaten at No. 3 doubles in duals. Railsback also set a school record for most combined singles and doubles victories in one season.

Nichols opened last season at No. 2 behind Vanek, who played No. 3 junior varsity as a freshman and entered 2021 as the most experienced player for Platte County. Late in the year, Keith moved Nichols to the top of the lineup and entered him the Class 2 District 8 singles bracket, where he warranted the top seed.

By reaching the Class 2 District 8 singles final, Nichols became the first singles state qualifier in Platte County history and first individual state entrant since the doubles team of Ethan Savage and Aaron Stout back in 2010 when the Pirates were still in Class 1. He then won the final to become the program’s first district champion. Yet, the depth showed with Alawait third in singles and Beeson and Railsback defeated Vanek and Escamilla in the third-place doubles match.

By the end of the Class 2 Missouri State Tennis Championships, Nichols became the first to win a state match, going 3-2 and closing his tournament with a dramatic victory to earn the seventh-place medal. Notably, Nichols lost the first set in both of his three-set wins at state.

“All the things that made him good last year — the speed, athleticism, effort, focus, coachability, and competitiveness — are still there, plus he worked extremely hard on his game in the offseason, plus he spent a lot of time in the weightroom,” Keith said. “He’s going to be very good, and it will be really fun to watch him play this season.”

For many years a successful program stuck in a two-class system, Platte County benefited from a new postseason format last year. They remained in Class 2, but the addition of a third class moved them away from the largest schools in the area for district competition.

Now, the new group will look to continue the individual success and push for Platte County’s first district title and a chance at the state playoffs as a team.

Forrest and Nathan Vanek played junior varsity a year ago and made significant improvements through offseason court time. Macaluso focuses on soccer for most of the year but topped the JV lineup as a junior.

“Jack Forrest and Nathan Vanek are both more than ready to transition into their varsity roles,” Keith said. “Nathan’s racquet got really dusty in the last nine months,” Keith joked, ” but he is one of the best athletes in the entire school, so once the rust wears off, he’ll be a key piece on our team for sure.”

While Nichols has staked his claim to the No. 1 singles role for the foreseeable future, Austin Vanek remains a key team leader and learned a lot from his time in the top spot a year ago for Platte County and proved a versatile doubles player regardless of partner. Keith tinkered with his top two doubles teams at times a year ago to great success. In addition to the second conference title in program history, the Pirates also recorded its first win ever over Class 3 traditional power Park Hill South late in the regular season.

“Our team is going to be fun to watch this season,” Keith said. “Last year, we were a scrappy, high-energy team that was always looking for a good fight. This year’s team has more top-end talent than any boys team I’ve coached. Our top four can smack the ball around with anyone, but I’m excited to see what that looks like when the pressure is on.”