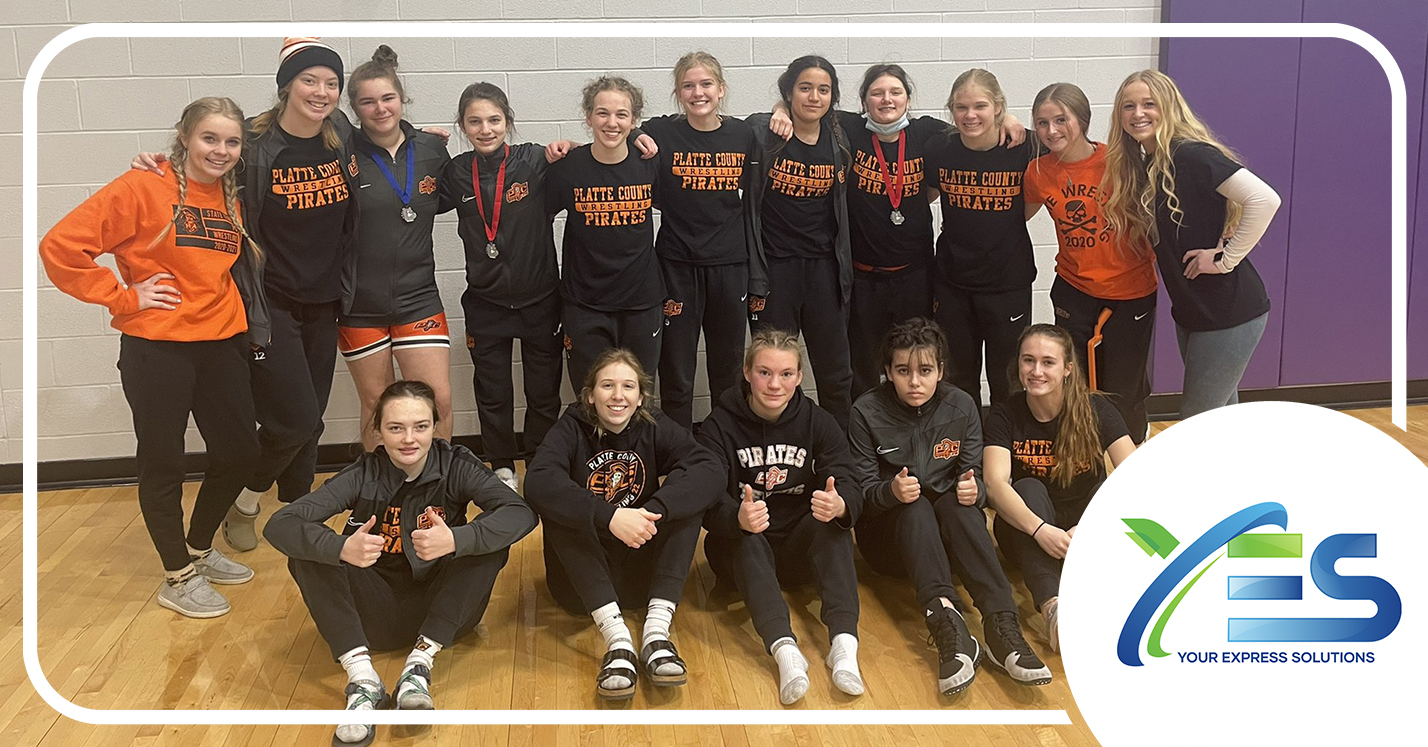 KayLyn Munn found her way back to the top of the heap after a string of frustrating finishes.

In Friday night’s Kearney Tournament, Platte County’s star senior dominated all three of her matches to take the 194-pound pound A title. She had uncharacteristically finished second in three straight larger tournaments, albeit against stiff competition from multiple states, before coming up with three convincing victories at Kearney High School to top another tournament field.

Munn, a two-time Girls Missouri State Wrestling Championships medalist at returning finalist at 195, pinned Oak Park’s Chloe Allison and Kearney’s Jaden Craig in the first period. Predictably, the most difficult match proved to be another matchup with Cameron’s Hollie Hedgpeth, who lated until the 3:04 mark in the second period before Munn earned the fall.

The Kearney Tournament divided competitors from nearly two-dozen schools into small round robins with no team scores kept.

In addition to Munn, Platte County senior Victoria Geddes (first, 141 B), senior Elizabeth Humburg (second, 130 A), freshman Adrianna Ciccarelli (second, 100 B) and freshman Caitelyn Roudebush (second, 149 C) turned in winning or runnerup performances. Pirates senior Audrey Call, another predictable standout, was held out as a precaution with some minor injuries.

Geddes went 2-0 in her round robin with a 10-5 decision over Fort Osage’s Angel Tanumai the deciding match. Humburg finished 1-1 with a loss by fall in the third period to Excelsior Springs standout Vada Burton, while Ciccarelli turned in the most notable performance of her young career with a 1-1 showing. In a deep 149 field, Roudebush gained valuable experience and won two of her three matches with both a pin and a tight 4-3 decision.

Platte County’s only three wrestlers in the A round robins were Munn, Humburg and junior Haley Burge, who went 0-2 at 110.

The state’s largest girls-only tournament included competition from multiple states, and Platte County finished 20th out of 75 varsity teams with Munn’s run to the 194 finals leading the way. In addition, Pirates junior Audrey Call recovered from a quarterfinal loss to place fifth at 135 pounds in the double-elimination straight bracket.

Based off a loss to Lebanon sophomore Mariyah Brumley last month at KC Stampede, Munn received the No. 2 seed and promptly ran off four straight third-period falls to reach the championship match. That included pinning third-seeded Liberty North senior Kate Grundy in the semifinals.

However, Munn and Brumley did not match up again in the finals. Instead, North County undefeated junior Brooke Bennett pinned Brumley in just 58 seconds to earn the spot opposite of Munn. Bennett maintained her perfect record with a takedown at the 1-minute mark of the first period and turning that into a fall just 19 seconds later to take home the championship belt top prize while Munn finished second for a third straight tournament.

In the most recent Missouri Wrestling state rankings, Brumely came in at second, Munn at third and Bennett at fourth all behind Seneca sophomore Isabella Renfro, who was not at the tournament.

Call had two quick pins to reach the 135 quarterfinals and led second-seeded Sikeston senior Kate Grubbs 2-0 after the first period. Grubbs started the second on top and maintained control before eventually turning Call to her back and scoring the fall at 3:54. Grubbs, who was injured in a semifinal loss, ended up matching up with Call again in the fifth-place match but medically forfeited.

After the loss, Call had another pin to reach the medal rounds, lost by fall to top-seeded Lebanon junior Bailey Junior and then took the fifth-place medal by default.

Mand impressed again, winning her opening match before a second round loss dropped her into a difficult road back in consolation. She had three straight first-period pins before her second loss left her two wins shy of a top-eight medal.