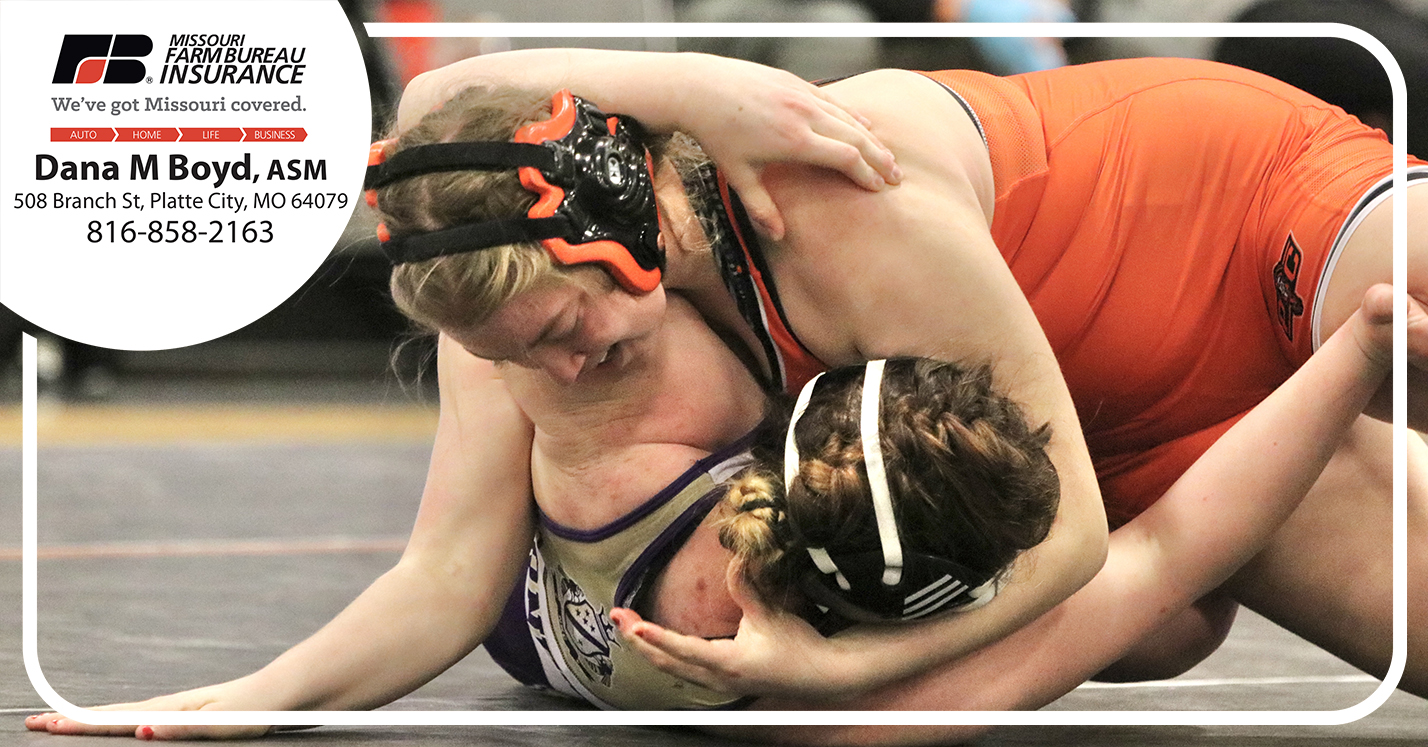 Sarina Bertram and KayLyn Munn became the Pirates’ first district champions, two-time state medalists and state finalists in program history, finishing as runnerup in their weight classes in the 2021 Missouri State Wrestling Championships. Bertram graduated and signed to continue her career at William Jewell, while Munn returns to chase more history in her senior season.

Munn will be the unquestioned leader of a still-building Platte County roster full of potential but lacking in proven commodities. The Pirates open the season with 13 on the roster and hopes to fill 10 of the again changed weight classes on most nights — there are 14 for the first time this season.

“We don’t have a shot at a full lineup, but I think we can fill 10 to 11, which is considerably better than what we’ve had,” Platte County coach Reggie Burress said. “Once the weight classes come out, we’ll have a good idea what’s going on and what can happen.”

The third season for Platte County wrestling was the best yet thanks to Bertram (41-2, 159 pounds) and Munn (36-3, 195 pounds). Both entered state as District 7 and Sectional 4 champions in a postseason setup altered to account for COVID-19 protocols, but they were the Pirates’ only qualifiers.

Bertram and Munn both reached the finals but were pinned in those matches to finish as state runners-up, the best medals in program history. Bertram was fourth as a junior, while Munn was sixth at 187 as a sophomore. They scored enough for the Pirates to tie for 12th in the final team standings with Staley at 40 points.

However, Munn and Bertram are two of only three state qualifiers in program history (Avery Krahenbill, 2019). The only leads Bertram currently holds on Munn are second-best medal (fourth to sixth from 2020) and number of district titles (2-1).

However, Munn not only wants her success but also to bring teammates and the next generation along for the ride.

In last year’s district tournaments, the top four advanced to sectionals to compete in an eight-wrestler bracket with three advancing from each to state. Platte County actually sat in second place in the District 7 team standings after Day 1 with only six wrestlers but faded to eighth out of 19 teams, but senior Elizabeth Humburg and juniors Audrey Call and Haley Burge gaining valuable experience.

After going 11-18 as a freshman, Burge (19-14) reached the district semifinals at 107 a year ago but lost her next two matches to come up one win shy of a state berth. All four of Platte County’s wrestlers that ended up in wrestlebacks at districts suffered difficult ends to the season. Humburg (22-14) and Call (15-8) led their matches before losing late, while Humburg had Oak Park’s Madison Rulon on her back in the final seconds of her match only for the referee not to award the fall in what ended up an 11-9 loss. Humburg also went 25-12 in 2019-2020.

Chey Weir, who would have been a senior for Platte County, was also part of last year’s postseason roster but moved to Washington. She lost a one-point decision in wrestlebacks and was a key contributor with a 19-16 record.

“With Humburg, Call, and Burge, they’re fired up and looking to make the state tournament this year,” Burress said.

In addition to the four returners, Platte County also moves senior Victoria Geddes from manager to wrestler after an offseason in the practice room, while junior Hannah Mand — a standout in track and pinch-runner for the Class 4 third-place state softball team —  brings previous experience. Sarah Humburg, a sophomore, also joins her sister on the Pirates’ roster.

Platte County will also have six freshmen and a first-year sophomore vying for spots and looking to build skills.

“They’re just trying to gain experience, figuring things out right now and see what (wrestling) is about,” Burress said. “These (experienced wrestlers) are trying to teach them as much as they can. Then after about the third week, we’ll start training harder, and you’ve just got to catch up. You’ve got to get there. That’s the way it goes.”