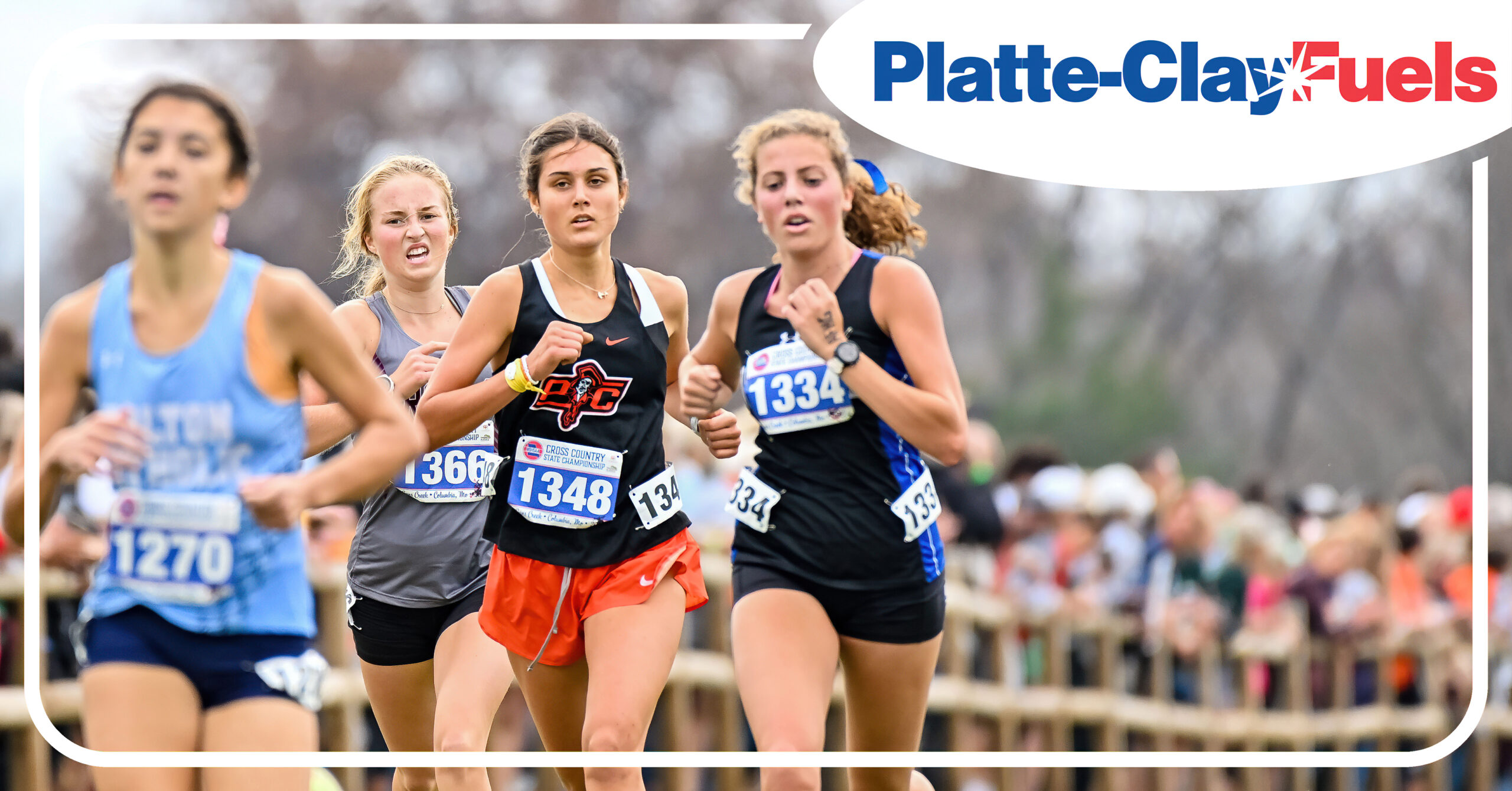 Sisely Mitchell already accomplished so much in an abbreviated and quickly ascendent career.

Yet, Platte County’s junior No. 1 will undoubtedly chase more after placing 12th on Friday in the Class 4 Missouri State Cross Country Championships, securing a second straight all-state medal. She finished outside the top 10 of a race for the first time this season, and her time of 19 minutes, 27.20 seconds at Gans Creek in Columbia came up short of her career-best set on the same course earlier this season and her state time as a sophomore when she placed 11th.

Mitchell continues to shine in a full transition to long distance running for her sophomore year when she gave up volleyball and hockey, which she will now pursue this winter.

“I thought the race went pretty good,” said Mitchell, who continues to pursue Rebekah Geddes’ school record of 18:44.66 set as a junior in her last of three-straight all-state seasons. “Definitely not exactly what I expected, but I went and run and I’m just happy with it.”

Platte County finished third in Class 4 District 4 less than a week earlier but ended up without sophomore Madison Palmer, who came down with the flu in the hours ahead of the race and could not run Friday. Add in a nagging ankle injury for junior Alex Beeman (142nd, 23:33.30), and the youthful Pirates were again far from full strength.

Mitchell, Beeman and juniors Marissa Orellana (134th, 23:04.40) and Julia Greco (157th, 24:31.80) ran at state for a second straight year, while Gentilia is the only member of all three qualifying teams from 2020-2022. Greco moved back into the lineup as an alternate, gamely stepping in on short notice for Palmer.

Platte County sophomore Annabel Beeman, who boasts plentiful experience but didn’t run in the postseason as a freshman, rounded out the team score in 143rd place (23:34.90). — just more than a second behind her older sister. Joanna Reil, a freshman, also mad her state debut and finished 146th (23:46.40).

Annabel Beeman also turned in a career-best time in a big spot for Platte County, which has continually rebuilt its roster over the past two seasons. The 2020 squad qualified for state without an automatic team berth thanks to six individual qualifiers that included Gentilia and Lydia Doole as freshmen.

Last year, Mitchell emerged as an all-state runner, while Gentilia battled injuries most of the season and Doole missed the entire year. Yet, the Pirates came up with the right combination of first-year contributors to finish second in District 4.

Each of the past two years, Platte County sophomore Lily Kytasaari has been a key contributor during the regular season but missed the postseason due to club soccer commitments. In addition, the Pirates did not have Doole or returning senior state qualifier Sloan Kassen after both opted not to run.

Mitchell now becomes the first multiple-time all-state finisher with the third-fastest state time in Platte County history and first Suburban Conference champion since 2016 after winning the White Division title this year. Geddes won the Blue Division crown as a junior but did not run as a senior after graduating early. Gentilia also progressed this season while fully healthy, posting her best individual state finish after coming in 56th and 46th the past two seasons. The Pirates have still not run a senior in the lineup at any point the past two seasons.

Next year’s goals will include capturing the White Division team title after finishing as runnerup to balanced Grain Valley and an improved state finish for the team. Platte County came in eighth with the six runners two years ago, dropped to 13th in 2021 and fell back one more spot this year. The Pirates will also have a chance at multiple all-state runners for the first time since 2011 when Kaly Edwards finished 22nd and Addie Jenkins 25th in Class 3.

“My plans are to keep training hard,” Mitchell said. “I think it’s the every day things that I have been doing. I’m just ready to get back out there and hope I can do better next year.”

Platte County will be looking to follow Mitchell’s lead to a better team finish, as well. The Pirates were able to post a team score in 2020 with a senior-laden lineup that finished third in Class 4 District 8.

The state reduced district fields that season due to COVID-19 protocols, and while not placing in the top two, Platte County qualified six individuals and then placed eighth at state.