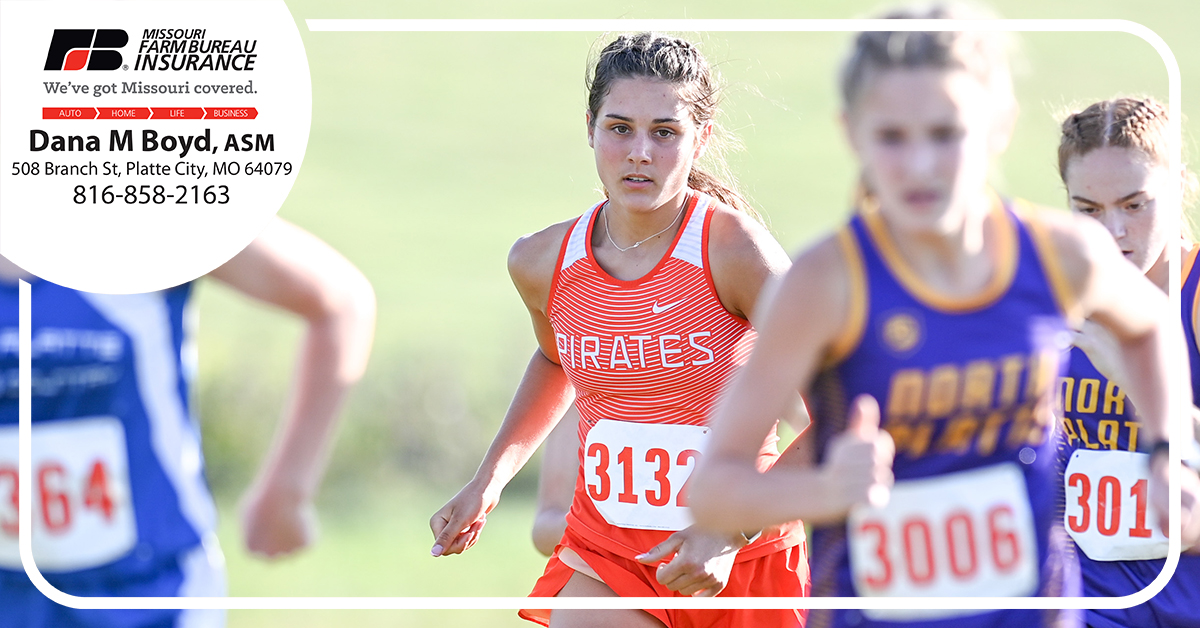 Sisely Mitchell seems to have come out of nowhere this season for Platte County, but she won’t surprise anyone from this point forward.

So how do you explain the sophomore’s sudden and impressive rise?

Mitchell played volleyball as a freshman for Platte County but after a successful track season, plans changed. She decided to make the plunge into cross country and also gave up one of her first love in sports — hockey.

In Thursday’s first Judge Chris Stubbs Invitational at Platte Ridge Park, Mitchell surged out as part of a three-runner breakaway pack and finished second behind West Platte sophomore Julia Pattison. Not a bad 5k run for a hockey player.

“A lot of training. I worked hard during the summer, and my team really encouraged me to do good. And that’s kind of how I think I got here: working hard through all my training,” said Mitchell, who mostly ran the 800-meters as a freshman in track but now seems a lock to run longer races in the spring based off of her cross country success. “I wanted to be a track runner, but I never expected to be a distance runner.”

Again shorthanded, Platte County came in third out of just five teams in the newly renamed home meet now honoring the program’s recently retired longtime coach. Mitchell again led the way for the Pirates on a hot day, although her time of 21 minutes, 24.2 seconds was well off her season and career-bests set in each of the first two races. Also not surprising on a hilly course finishing with punishing switchbacks that earned a ranking as the second-most difficult in the state according to the website Missouri Milesplit.

Platte County actually only ran six after junior Sloan Kassen scratched due to illness. Lily Kytasaari, a freshman, also medaled for the Pirates with a ninth-place finish (23:35.00), while sophomore Alex Beeman collected the last piece of individual hardware with a 25th-place showing (25:47.30).

“It’s not really where people fall because no one runner is always in a spot,” Platte County first-year coach Courtland Ingram said. “They’re all continuing to get better. Today was not a day that you run super fast. That’s not what today is about. Today is just about being tougher physically and mentally and being there for your teammates even when you don’t feel great.”

Platte County has dealt with lineup flux from the start of the season after graduating an accomplished group of seniors who led the Pirates to a five-runner Class 4 Missouri State Cross Country Championships team berth a year ago.

Carmen Gentilia, a sophomore, expected to be at the top of the lineup but has been out injured and came up just short of making her season debut at the Stubbs Invitational. Additionally, sophomore Lydia Doole, a returning state qualifier, will be out for the season after undergoing knee surgery.

That’s made for interesting competition behind Mitchell so far.

Kytasaari, now impactful in back-to-back races, showed up to practice late in the summer and looks like a consistent contributor for Platte County moving forward. Kassen and Beeman have moved up from junior varsity and have been solid to this point, while Platte County freshman Madison Palmer (27th, 26:00.8) and sophomore Amelia Kidd (36th, 27:30.40) rounded out the team score on Thursday. Marissa Orellana, another sophomore, made her varsity debut and placed 44th, meaning there were no upperclassmen in the race for the Pirates.

“We are a competitive team,” Mitchell said. “I think everyone wants to improve and has set high, good goals for themselves that are attainable.”

All of this only makes the likely return of Gentilia this week more exciting for a rebuilding roster. The only returning state qualifier due to Doole’s injury, Gentilia — if able to get fully healthy — has the potential to form a strong 1-2 sophomore combo with the emerging Mitchell.

Gentilia was the No. 2 individual finisher for Platte County at state a year ago, and Mitchell is already running times comparable to the Pirates’ 2020 No. 1, graduated senior Maddie Klippenstein

“I think they’ll be good together over the next several years. I think that’ll be fun to watch,” Ingram said of Mitchell and Gentilia.

Mitchell earned a 10th-place medal in Saturday’s race in Peculiar, Missouri, continuing her extremely quick ascension in her debut season. She made it 2-for-2 in setting personal bests and approached the 20-minute mark in just her second career race, finishing in 20:21.00

Platte County finished 13th out of 17 teams again without Gentilia due to a minor injury. Kassen (57th, season-best 22:49.50) and Beeman (89th, 24:26) were again a part of the scoring five for the Pirates, who will have a lot of competition for spots in the seven-runner lineup.

Kytasaari placed 62nd (22:59.00) in her first race for Platte County, while sophomore Amelia Kidd (24:19.10) finished just ahead of Alex Beeman and her younger sister Annabel Beeman, who were back to back in 89th and 90th.