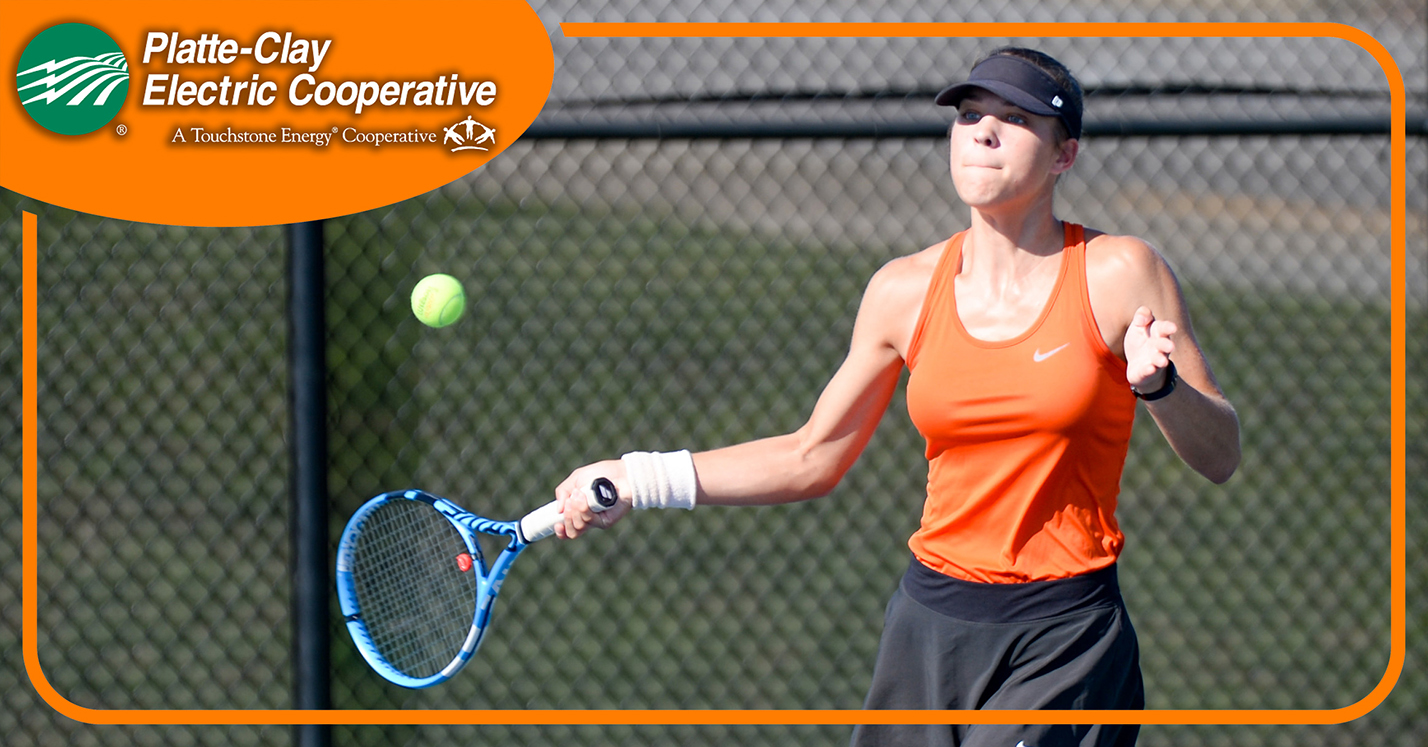 If not for a few unfortunate circumstances, the expectations for Platte County might be unprecedented. Instead, potential remains, but a few more questions must be answered.

Platte County’s lineup should feature five talented and experienced seniors with breakthrough star Molly McBratney leading the way at the top. In 2020, became the first individual district champion and, as a result, the first singles state qualifier in the program’s history in 2020.

In addition, Platte County returns seniors Sophie Curtis (No. 2 as a junior), Maria Molinari (No. 4 as a junior), Rayna Garcia (No. 6 as a junior) and senior Taylor Mayne (a contributor at No. 3 doubles as a junior). The Pirates went 7-9 overall in duals and 3-1 in the Suburban Conference Blue Division, finishing as runnerup to Kearney.

The chance to improve on all of the results is evident.

“Last year, we were immature as a team and had many players on the varsity team who lacked experience at that level,” Platte County veteran coach Zach Keith said. “We don’t have that excuse this year. The tennis will take care of itself. We’ve got to be good teammates and create a tribe-like culture that will sustain itself long after these players graduate.”

In singles, Platte County will have a lot of confidence. McBratney lost both of her singles matches in the Class 2 Missouri State Tennis Championships but not only displayed her impressive individual development but the possibilities for the Pirates in the middle of three tiers in the new postseason format. McBratney posted an 18-13 record in singles while consistently taking on top-tier foes just two seasons removed from ranking No. 33 out of 35 players on the roster.

In addition, Curtis scored a win over Kearney’s singles state qualifier in the Class 2 District 8 semifinals, while Molinari played all three doubles spots during the course of the season and Garcia recorded the best singles winning percentage for any Platte County player. The Pirates will again focus on trying to find the right combinations for doubles play.

“Last year, we consistently struggled in doubles, so it will be a huge point of emphasis this season, and it will be key to our success at the conference and district level,” Keith said.

Platte County will be replacing a lot of leadership and intangibles, but Emma Murray was the only senior in last year’s lineup, having played a consistent No. 5. However, the Pirates will also be without senior Paige Chase — the No. 3 as a junior — after she opted to focus on academics and soccer. She placed fourth in singles at districts in 2020. Aleah Dixon, another senior who contributed at the varsity level as a junior, will also be out for the season while recovering from major reconstructive knee surgery from an injury suffered during the spring soccer season.

Dixon will be serving as a team manager and provide Keith with another senior leader.

McBratney will be the unquestioned on-court leader after becoming Platte County’s first individual state qualifier since the doubles team of Lisa Wyrwinski and Rachel Bumstead in 2009 when the Pirates were in their infancy and still in Class 1. McBratney won the Class 2 District 8 singles final over over Kearney No. 2 player Sara Dillon.

Days later, McBratney lost the deciding thriller to Kearney No. 1 Anya Dillon in the Class 2 District 8 semis. St. Pius X, the top seed, went on to beat the Bulldogs in the championship match.

Platte County will expect to compete for not only the Blue Division crown with Kearney but also the team’s first postseason berth in program history based on the talented roster.

“Our staff is really excited about the potential of this year’s team,” Keith said. “We’ll be able to get the roster set and begin to make big strides toward our goals for the season. We always play a difficult schedule in order to help prepare us for the conference and district matches that matter the most, and I’m excited for this group of girls to reach their potential as a team this season.”