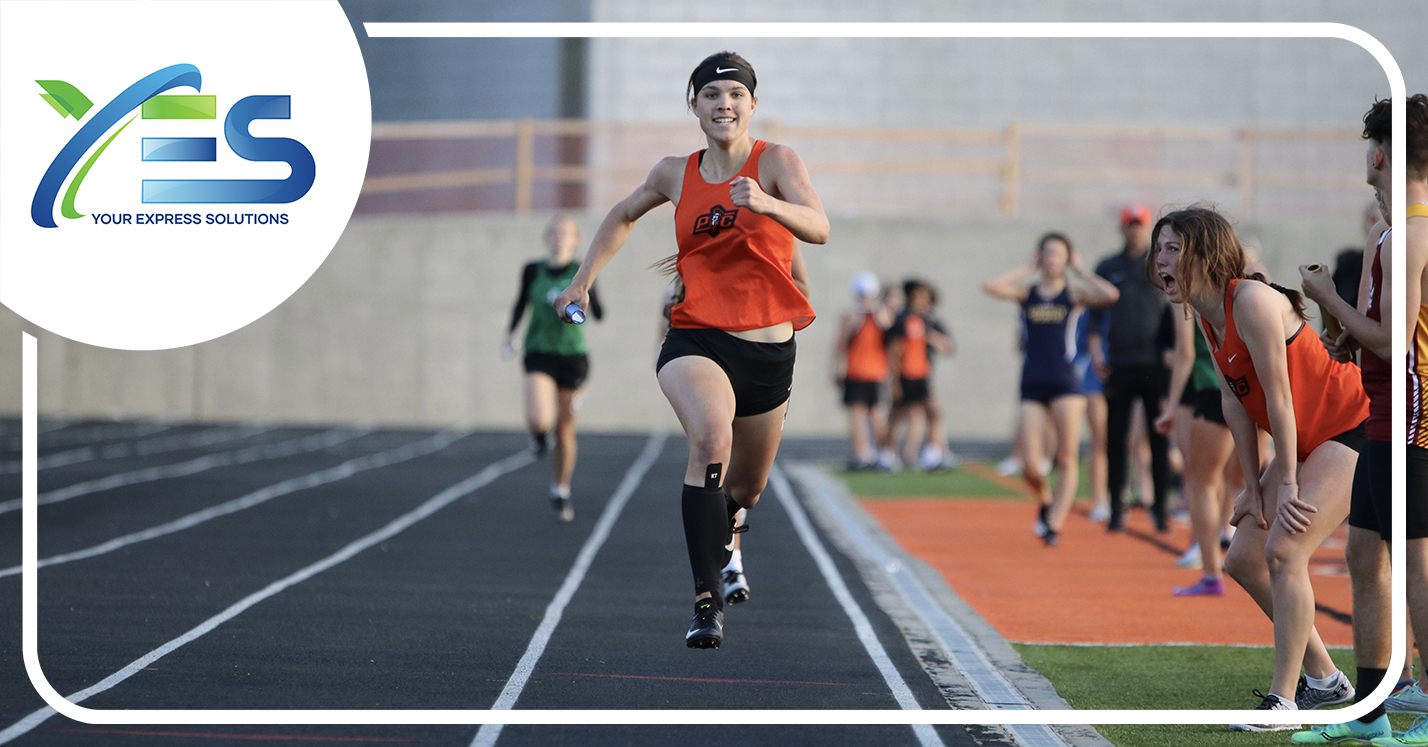 Platte County spent most of the first part of the season mixing and matching, exploring the depths of talented but inexperienced roster lacking key pieces from last year’s historic season. As the stretch approaches, the Pirates have identified some key components to potentially impactful relays in senior Molly McBratney and junior Hannah Mand, and the duo shined in Friday’s Platte County Invitational at Pirate Stadium.

Finishing second as a team, Platte County had three top three relays in the last prep runs before defending last year’s Suburban Conference Blue Division title — the first conference championship for the program since the KCI Conference Days of the early 90s. Mand also won the 200. The Pirates know they have punch in junior jumper Reese Pickett and senior defending pole vault state champion Maya Sullivan but know the contributions will have to come from all over the event sheet to make it two straight.

“We’re making sure we test a lot of groups out to see which teams would be the best relays,” said McBratney, who posted a fourth-place finish in the 400 (1:04.65) — her only individual event of the day. “We’re trying to get the right people in the right spots to get the most points.”

Mand came up with perhaps the most encouraging performance in the 200. Running in an outside lane, she leaned toward the finish line and eventually tumbled to the ground right after recording a personal-best 27.20 seconds to beat Oak Park’s Walker Kasiyah by .04 of a second in one of the tightest finishes of the night.

Mand, McBratney, Mitchell and sophomore Addison Sloan then teamed in the 4×400 for a 4:21.08 to beat Liberty North by more than a second and a half. Earlier in the race, the Pirates’ 4×100 of McBratney, Mand, senior Riley Smith and freshman Payton Stadel came in third, and even after Stadel scratched out, McBratney, Mand, Smith and sophomore Mia Delfin nearly picked off Liberty North late. The Eagles claimed first in 1:50.73 with Platte County right behind in 1:50.90.

A year ago, Platte County sent all four relays to state but lost a lot of key cogs, leaving McBratney as a defacto leader in the 4×400 — an often grueling event. The Pirates lost all four legs from last year’s last-gap Class 4 Missouri State Track and Field Championships medalist quartet that secured a fourth-place team finish and the first state trophy in program history.

“I think it’s pretty exciting,” McBratney said. “We lost a lot of runners that I used to train with in those events, and I definitely want to uphold their legacy. I like running the weird events I guess. You wouldn’t want run them, but I do because it’s just who I became, I guess.”

Mitchell opened her home meet in the 1,600 and finished first in a comfortable 5:28.89 to beat Smithville’s Naomi Hunter. Mitchell then continued her developing long-distance rivalry with Kearney junior Jadyn Barnes, who won the 800 in 2:21.39. With the 4×400 left, Mitchell ran a conservative 2:26.32 in a distant second.

A breakout star in cross country for Platte County, Mitchell has become a dynamic contributor in her second season, joining the “jump squad” as the most consistent contributors this season. The Pirates have continued to excel in field events thanks to Sullivan and Pickett.

Out for much of the season due to a concussion suffered in the first meet this year, Sullivan has returned and quickly regained her normal form for Platte County. She easily won the title Friday at 3.40 meters with second-place Elizabeth Shaw the only other person to clear at least 2.80.

Pickett experienced ups and downs not normal for her, winning the high jump at 1.57 meters in a tiebreaker over Liberty North’s Isabel Zimmerman. Pickett uncharacteristically came in second in the long jump (4.82 meters) behind Smithville’s Makayla Hopkins. Platte County junior Jaidyn Webb was fifth at 4.52 meters.

A returning state medalist in the high jump and qualifier in the long jump, Pickett has added triple jump this year but did not compete Friday. Instead, Platte County junior Kenzie Palmer led the Pirates with a third-place finish at 9.95 meters in triple jump, an event she qualified for state in as a sophomore.

“I know in jumps, we’re really strong,” McBratney said. “Our jumps pretty much seem to sweep the top almost every time so we can depend on them.”

Pickett did take the opportunity to run the 100 hurdles, an event she could do in Wednesday’s conference meet at North Kansas City District Activities Complex to try and score extra team points for Platte County. She placed fifth on Friday at 17.34 with sophomore teammate Ava Filger third for the Pirates in a career-best 17.02, having previously never been below 18.11 seconds. Filger also place third in the 300 hurdles at 49.80, breaking 50 seconds for the first time as she shows steady improvement.

Platte County junior Joslyn Hupp rounded out the top-five finishes in the shot put at 10.94 meters. She then won the thrower’s 40-yard dash as one of two special and unique events in the closing portion of the meet. The Pirates again featured a co-ed 4×400, and the home team of seniors Jace Trimble and Andrew Early, sophomore Emma Reed and freshman Rylee Pickett finished third in 4:15.01 behind Liberty North and Winnetonka.

The Blue Division meet will be one final chance against typical competition for Platte County, which recently found out about a move up to Class 5. The Pirates will be in the largest classification for track and field for the first time after last year’s dramatic push into the top four of the team standings at state.

The path for a return to state and repeat medals will be considerably more difficult starting with Class 5 District 8 and then Class 5 Sectional 4 competition.