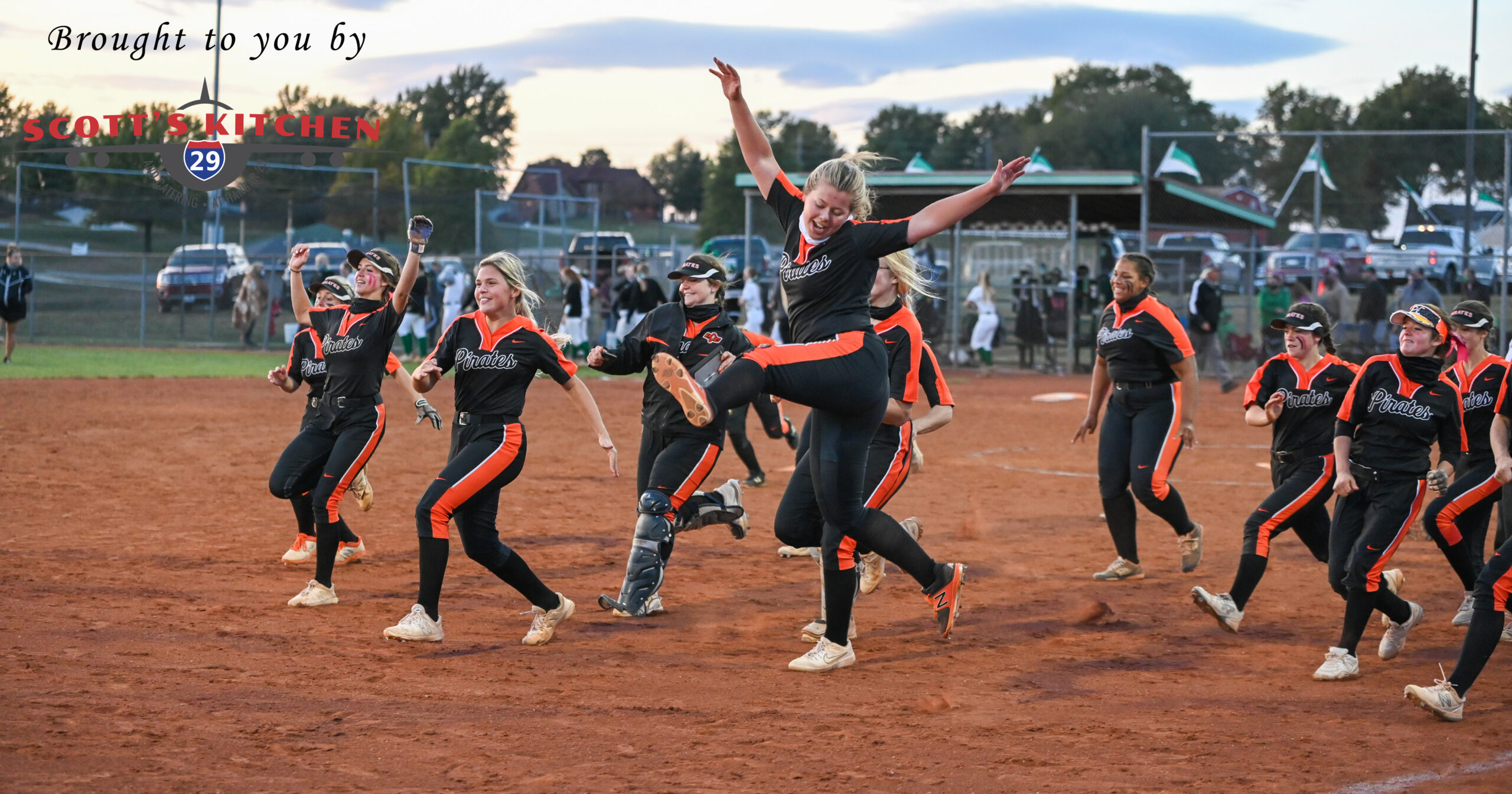 TK Lawson loves to swing at low pitches, and when Smithville senior pitcher Makaela Carr “missed” down in the bottom of the third inning to Platte County’s powerful right-handed hitter, there might not have been much concern.

At least for a moment.

Lawson golfed down with her swing on the 1-1 pitch and rifled a thunderous line drive over the center field fence. The ball likely never went more than 12 feet off the ground, but the three-run home run powered Platte County to a 4-2 win in the Class 4 District 8 championship game Friday at Smithville. The Pirates advance to host Grain Valley (25-4) in Thursday’s Class 4 quarterfinal at Platte County High School — the first playoff game for the program since 2014’s state runner-up finish in Class 3.

“It felt powerful. I don’t think I’ve ever hit one that far,” Lawson said.

Platte County (20-1) made it two wins in three tries this season against Smithville, and the Pirates have now gone unbeaten in 14 straight games since a 5-0 loss to the Warriors in early September.

The rubber match included dramatics fitting for the competitive rivals. Smithville opened a 2-0 lead in the top of the second inning on Carr’s two-out, two-run double, and Platte County trailed 2-1 going into the bottom of the third with the Pirates playing as the home team thanks to earning the district’s top seed.

Webster and Carter then advanced into scoring position during senior Grace Heater’s at-bat, which ended with a swinging strikeout.

Lawson, the cleanup hitter, then came up having doubled off of Carr an inning earlier. Rather than walking her to load the bases, Smithville pitched to her and gave up what ended up being the game-winning home run — her third home of the season.

“I was hoping they would (pitch to her). It worked out to the best,” Carter said. “I knew it was gone the second she hit it. It was awesome — really big.”

Platte County senior pitcher Emma Koeneke, an all-state selection as a freshman when the Pirates lost to Smithville in a Class 3 district championship game, allowed just three runners in the final four innings. She retired the Warriors in order in both the sixth and seventh innings to seal the victory.

In all, Koeneke struck out 13 and allowed just two hits, while working around five walks while battling a tight zone from the home plate umpire.

Koeneke took the loss in Smithville’s 5-0 win over Platte County earlier this season, and she only earned the save in the rematch, coming on to close out a 2-1, eight-inning victory. Pirates coach Callie Peoples opted to start sophomore Mackenzie Shields in that game to avoid the potential of allowing the Warriors to see Koeneke for the majority of three games.

The strategy seemed to work despite the early 2-0 lead for Smithville with Koeneke recording her first eight outs by strikeout.

“I’ve seen Cheeto grow over the past four years,” Carter said of Koeneke. “We’ve all had all the confidence in the world in her, so we knew (the early deficit) wasn’t going to set us back at all.”

Koeneke struck out five to account for the first five outs before she walked a pair with two outs in the second. That brought up Carr, who placed a double down the left-field line on an 0-2 pitch to stake herself to a 2-0 lead. Koeneke then struck out her sixth to strand Carr at second.

However, Carr worked around the no-out jam to keep it a one-run deficit.

The lead wouldn’t hold, and Platte County made the most of just four hits to come back and erase a string of disappointment that included four district title game defeats since 2014. The run included losses to Smithville in 2015, 2016 and 2017 when the current group of seniors were freshmen.

“It’s even more (than I could’ve expected), honestly,” Carter said. “We’ve all worked really hard so I think we deserve this, and we’re all really happy. I think as long as we all stay up and positive and continue to work hard, we’ll achieve a lot.”

The Pirates advanced to the district title game with a second win over Excelsior Springs in a span of a week in Wednesday’s semifinal round.

Magee hit her sixth home run of the season, and Koeneke struck out nine while allowing just two hits in a walk in a 91-pitch complete game. Lawson had a sacrifice fly to score Carter in the bottom of the first to make it 1-0, and the lead grew to four in the second on Magee’s three-run home run that scored Cesaro (walk) and Webster (bunt single).