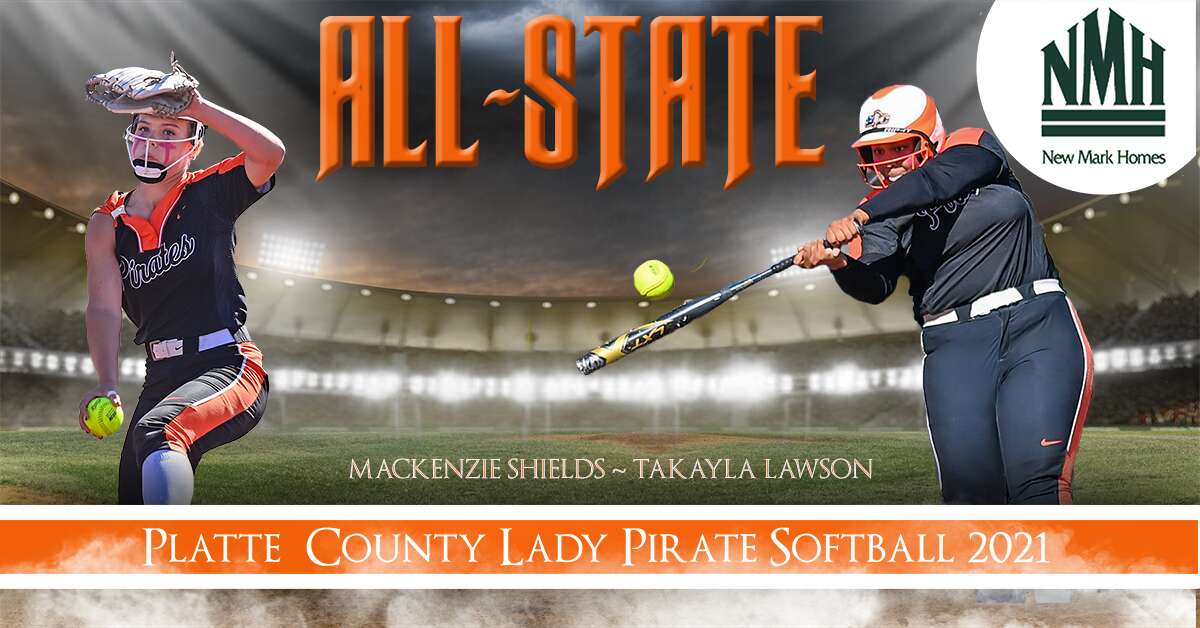 Platte County almost completely overhauled the roster and developed a dynamic top-to-bottom lineup that led the Pirates back to the Class 4 Missouri State Softball Championships for a second straight season.

TK Lawson and Mackenzie Shields, a pair of junior infielders, were the most consistent hitters and the top power threats for Platte County’s offense, which averaged right at 10 runs per game. They both earned first team all-state honors from the Missouri High School Fastpitch Coaches Association for their breakout seasons after the Pirates lost three all-state performers from 2020.

Platte County finished 21-10 and ranked No. 3 in the final Class 4 state poll of the season.

A second-year starter at first base, Lawson led Platte County with team-highs in batting average (.476) and on-base percentage (.556), the latter number aided by 13 walks. She also led the Pirates with eight home runs and 47 RBIs to earn all-state honors as an infielder.

Shields entered the season as one of two top pitching options, while also the starter at third base. She earned all-state honors as a utility player.

In her first full year as a starter, Shields responded with a .474 batting average, .543 on-base percentage, six home runs, 34 RBIs and 35 runs scored. She posted team-best marks for slugging percentage (.910) and OPS (1.453). Her numbers included a two-home run, seven-RBI performance in a wild comeback victory over Kearney in Suburban Conference Blue Division play.

After losing six key seniors from 2020 and an uneven start to the season, Platte County ran off a seven-game winning streak to go from 13-9 in late September to third in state for a second straight year. They scored nine or more in six of those, including 19-3 (William Chrisman), 13-4 (Kearney) and 9-4 (Excelsior Springs) to sweep through Class 4 District 8 and then a 10-0, five-inning blowout of Nevada in the state quarterfinals.

Platte County lost to Washington in the state semifinals before coming back to beat Incarnate Word Academy for third. The Pirates lost to Webb City in the 2020 state semifinals and shared third place with only championship games played due to COVID-19 protocols.