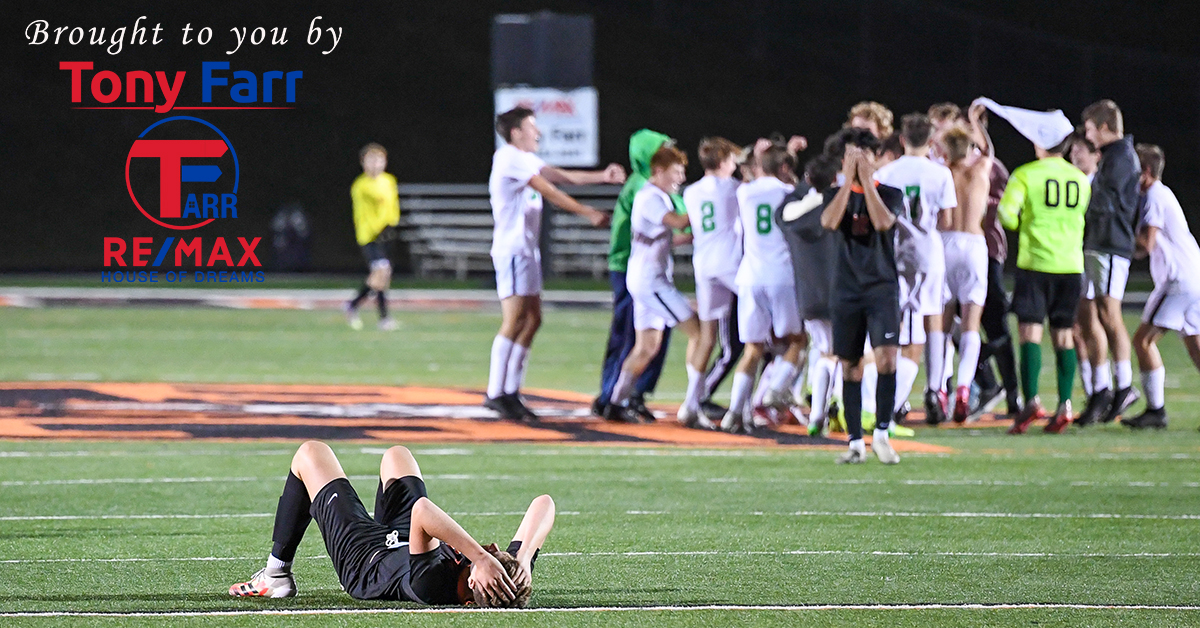 The third time proved to be the charm Thursday night at Pirate Stadium, just not for Platte County.

Smithville rallied back from two one-goal deficits in the Class 3 District 16 championship game and stole a 3-2 victory in gut-wrenching fashion. The Warriors, seeded third, ended up with a sweep of three matchups between the rivals, leading for only 30 seconds total in the last.

Coming off a Class 3 state runnerup finish, Platte County finished at 11-6 and unable to defend its district championship.

“They capitalized on their opportunities, which good teams do,” Platte County coach Ashlyn Brantley said. “We have to limit those opportunities, and I think toward the end there, especially, we were giving away too much. We ended on a frustrating note, but I think we still played well.”

Smithville originally cleared a corner before the ball settled on Bunge’s feet about 25 yards out, and he slid a pass through traffic to find Boekhout unmarked on the left half of the 18-yard box for an easy and emphatic finish. The Warriors defenders and goalkeeper Caden Egbert appealed for offsides, but the assistant’s flag stayed down.

“We finished our chances this team,” Brantley said.

Boekhout nearly added to the lead a minute later when a right-footed shot from the left side of the box curled just wide right, and Platte County junior midfielder Calvin Forrester sent a free kick from 26 yards out in the 72nd minute well over the bar. The Pirates’ missed chances didn’t seem a concern with time ticking away.

However, Smithville leveled in the 76th minute when a long bounding ball hopped past Platte County junior goalkeeper Patrick Sullivan’s head. Warriors junior Kyle Corkill calmly collected and slid the ball into an open net to make it 2-2.

Bunge actually produced a solid chance moments after the right equalizer, but he hit his right-footed shot straight at Egbert, who finished with four saves. The ball then moved to the other end of the field, and Smithville earned a corner in the final minute. Warriors sophomore Max Dolloff served the ball into the box, and junior Dillon Swehla rose up to head home for what would be the game-winner.

Only 30 seconds remained, and Smithville soon after celebrated its first district title since 2017.

Platte County led a large portion of the game, thanks to a 14th minute goal from junior defender Sawyer Allenl. Pirates junior defender Isaac Havemeier chipped a ball into the box from 35 yards out on a free kick off of a handball and found senior defender Joey Habel in the box, and his looping header went toward the backpost where Allen tapped home.

Smithville beat Platte County 1-0 on a late goal in the first meeting and overcame a first half penalty kick to level at 1-1 in the second game, going on to win in penalty kicks in the Pirates’ regular season finale. The early 1-0 lead on a set piece appeared to be just the boost the Pirates needed after a nervy start that led to early chances for the Warriors.

Forrester used fancy footwork to dribble in close a minute later only to not be able to get much on a right-footed shot with Platte County seeming to be in control.

“Finishing has been an issue throughout the season and just to get that early one in I think gave us confidence, motivation to keep going, keep pushing,” Brantley said.

Instead, Smithville leveled at 1-1 in the 22nd minute on an awkward chance created off a throw-in that managed to bypass Sullivan, who finished with three saves. Warriors junior Regan Dunn then headed into an open net. Moments earlier, Pirates sophomore forward Joseph Ibarra had cleared the ball of the goal line that led to the goal.

The throw-in immediately put Sullivan, just a second-year soccer player, back in danger, and he battled the wind at Smithville’s back in the first half.

“Definitely a learning experience, but we take it all together because, ‘Why is the ball back there to begin with?” Brantley said. “They have to get through a lot of players before they get to our keeper. He’s young, and we have a whole other year with him so we’re looking forward to it.”

The teams ended up trading goals again in the second half before the devastating conclusion.

For Platte County, 2020 ended up being short on games due to a limited schedule related to a lack of tournaments and other cancelations. The Pirates entered the season with just four starters returning from last year’s historic run to the state championship game. They came up just short of a share of the Suburban Conference Blue Division title, earned the Class 3 District 16 No. 1 seed and nearly earned its repeat playoff trip despite the growing pains.

Instead, the season came to a swift and stunning conclusion, but forward Kenny Loy and Habel were the only senior starters for Platte County, and Chamberlain Brownsberger and Owen Wilkins were the only others on the roster. The future appears bright for the Pirates with a growing group of midfielders led by Bunge and Forrester; a promising bunch of forwards including Ibarra, Boekhout and junior Nathan Macaluso; a solid defensive line with Havemeier, Allen and junior Spencer Hay plus Sullivan at the back end.

But Platte County’s small group of seniors enjoyed being a part of the best season in program history and then a heartbreaking conclusion to their careers.

“Knowing we have the potential within us, and this senior class, yeah, we’re going to miss them and we wish we could’ve sent them off a little bit better than this,” Brantley said. “But we have hope in this junior class coming up next year. We’ll have a lot of experience with those younger guys giving us the replacements we need.”

The Pirates advanced to the title game with a third win over another Blue Division rival Monday at Pirate Stadium.

Macaluso and freshman Connor Currence scored first half goals, while Sullivan recorded his sixth clean sheet of the season. It was Currence’s first goal of the season as playing time increased for him late in the year.