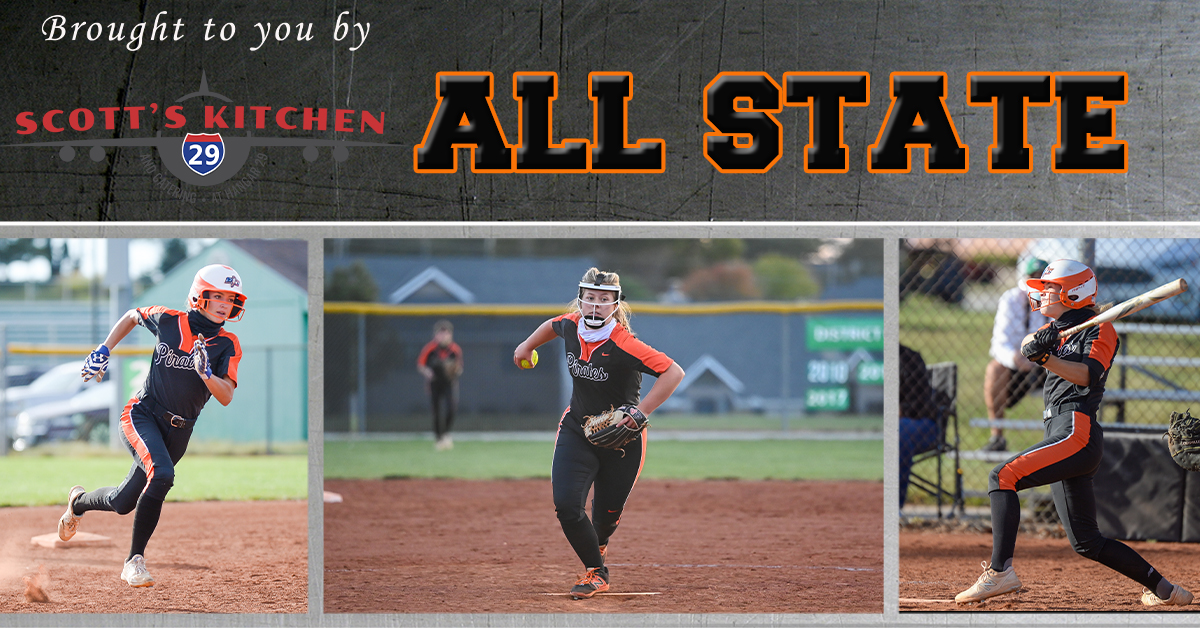 Three of Platte County’s experienced seniors made the list with pitcher Emma Koeneke on for the first time since her freshman season, while shortstop Maddie Carter and centerfielder Maddie Carter were first-time selections. Koeneke and Carter were the first team picks for the Pirates, who went 21-2 and won 15 straight at one point while wrapping up a share of the Suburban Conference Blue Division title and reaching the state playoffs for the first time since 2014.

Koeneke, a fourth-year starting pitcher signed to Butler County Community College with eyes on a future in Division I, went 14-2 with a 1.33 ERA in 18 appearances (16 starts). She struck out 139 in 99 2/3 innings, while walking only 21 and hitting four batters.

A second team all-state pick as a freshman, Koeneke keyed Platte County’s resurgent season. The Pirates had been in a district title game in four of five years since 2014 but went 0-4 in those games, losing to Smithville in 2015, 2016 and 2017 and to Park Hill in Class 4 District 16 last year before the state increased the number of classifications to five starting with this season.

Platte County came back to best Smithville in this year’s Class 4 District 8 title game and advanced straight to quarterfinals. The Pirates’ win over Grain Valley put them in the state semifinals for the first time since finishing as Class 3 state runnerup in 2014.

Also a four-year starter, Magee experienced a breakout season at the plate. She entered the season with just one career home run but hit four in a span of three days and four games, including gamewinners against Staley and Smithville. The win over Smithville avenged the Pirates’ only loss of the regular season.

Magee finished the season with team-highs of six home runs, six doubles and four triples, 11 stolen bases, 31 runs and a .901 slugging percentage from the leadoff spot, and her 28 RBIs ranked second for Platte County. She also hit .408 with a 470 on-base percentage, hitting .429 with runners in scoring position.

Carter played in just 21 games, helping Platte County reach the playoffs but then being unable to participate in the playoffs due to COVID-19 contract tracing.